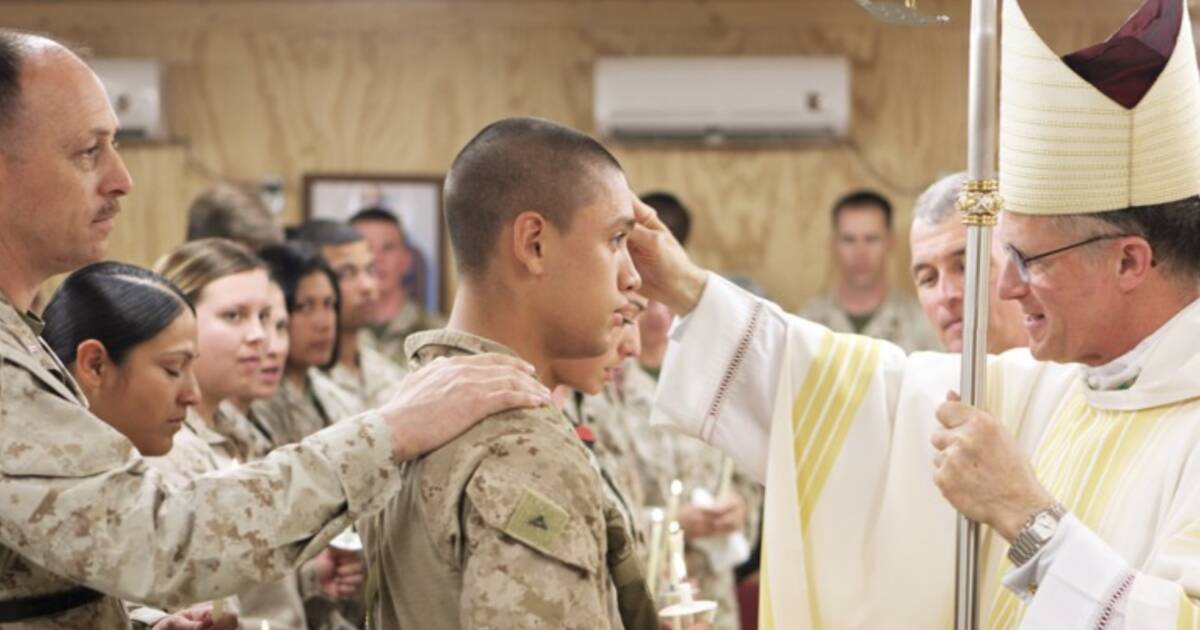 Archbishop for the U.S. Military Timothy Broglio said in a statement that Catholic troops can avoid vaccine mandates on religious grounds, setting up a possible showdown with the federal government.

According to Newsmax, “some service members have requested religious exemptions through the Religious Freedom Restoration Act after Defense Secretary Lloyd Austin issued a military-wide vaccine mandate this summer.”

“No one should be forced to receive a COVID-19 vaccine if it would violate the sanctity of his or her conscience,” the archbishop said. “This circumstance raises the question of whether the vaccine’s moral permissibility precludes an individual from forming a sincerely held religious belief that receiving the vaccine would violate his conscience,” Broglio wrote. “It does not.”

“Conscience is the most secret core and sanctuary of a man. There he is alone with God, Whose voice echoes in his depths.”

While the archbishop says Catholics can refrain from getting vaccinated on religious grounds, he reminds those who choose to skip the shot to be kind to others.

“Continue to act in charity for their neighbors and the common good” by wearing masks, social distancing, and being tested routinely,” Broglio said.