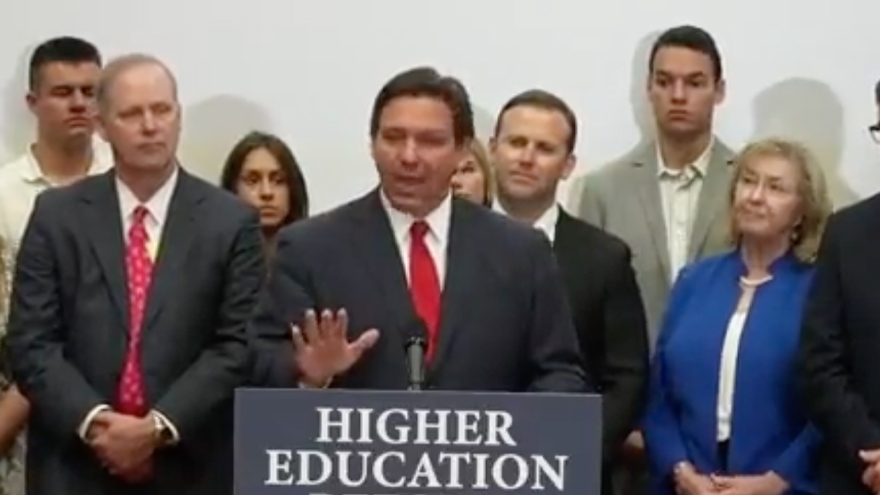 Another feather in Ron DeSantis’ cap.

According to a recent analysis from conservative think tank the Heritage Foundation which ranked educational freedom among the states, the Sunshine State is top of the list.

“Beyond performance on the National Assessment of Educational Progress and access to school choice, Heritage’s ‘Education Freedom Report Card’ considers spending per pupil, teacher-to-non-teacher staff ratios, and unfunded teacher pension liabilities as a proportion of state gross domestic product,” The Daily Wire reports. “The top-ranked state in the group’s inaugural report is Florida.”

“The Sunshine State embraces education freedom across the board,” the analysis explained. “Florida does exceptionally well in allowing parents to choose among private, charter, and district schools, is home to a strong ESA program, and ranks third overall for education choice. Florida ranks first among states for academic transparency. Among other protections, state lawmakers set a high standard for academic transparency, and reject critical race theory’s pernicious ideas.”

Some big Democrat-run states, including New York and New Jersey, ranked at the bottom of the list as policymakers neglect to “provide transparency, accountability, and choice to families.”