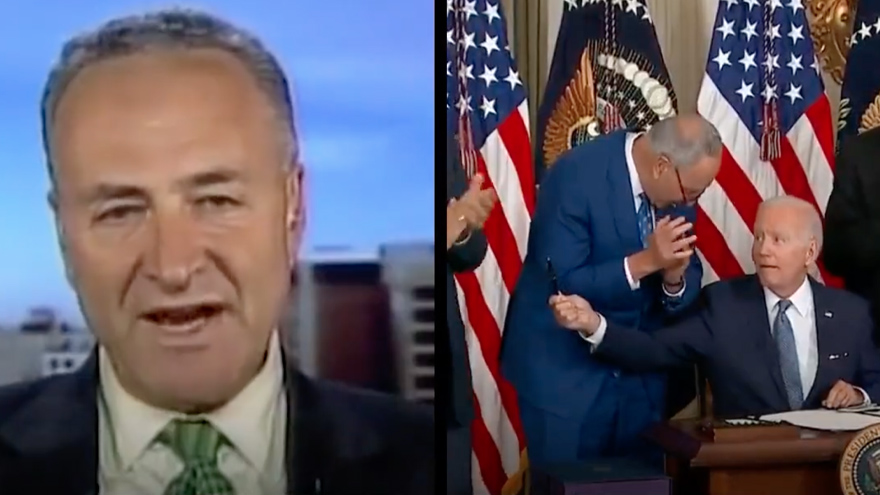 Footage surfaced on social media Wednesday showing the nation’s top Democrats insisting it would be madness to raise taxes during a recession.

President Biden signed his Inflation Reduction Act this week, a bill that will raises taxes on millions of American families.

“The last thing we want to do is raise taxes during a recession,” said Barack Obama.

“No one is going to raise taxes when we have a recession,” explained Chuck Schumer.