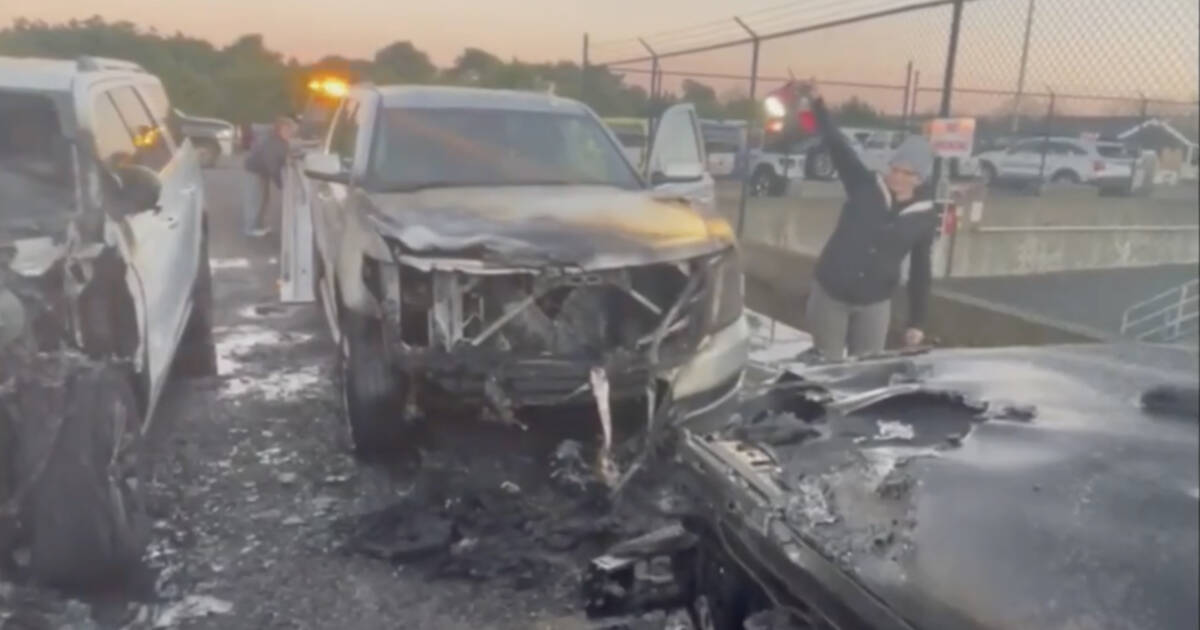 This is incredibly strange.

According to a Fox News report, President Biden’s rented Secret Service vehicles burst into flames in an airport parking lot after the Bidens left their Nantucket vacation.

Biden spent Thanksgiving on the ritzy Massachusetts island with his family last week. The Secret Service rented five vehicles from Hertz to carry the president and his family, and all five of them caught fire in the parking lot, according to footage first obtained by the Nantucket Current.

The vehicles were parked at the Nantucket airport and the blaze reportedly spread to just 40 feet away from the facility’s jet fuel tanks. It is currently unknown what caused the fire. Fox News reached out to the  White House for information, but they did not immediately respond.