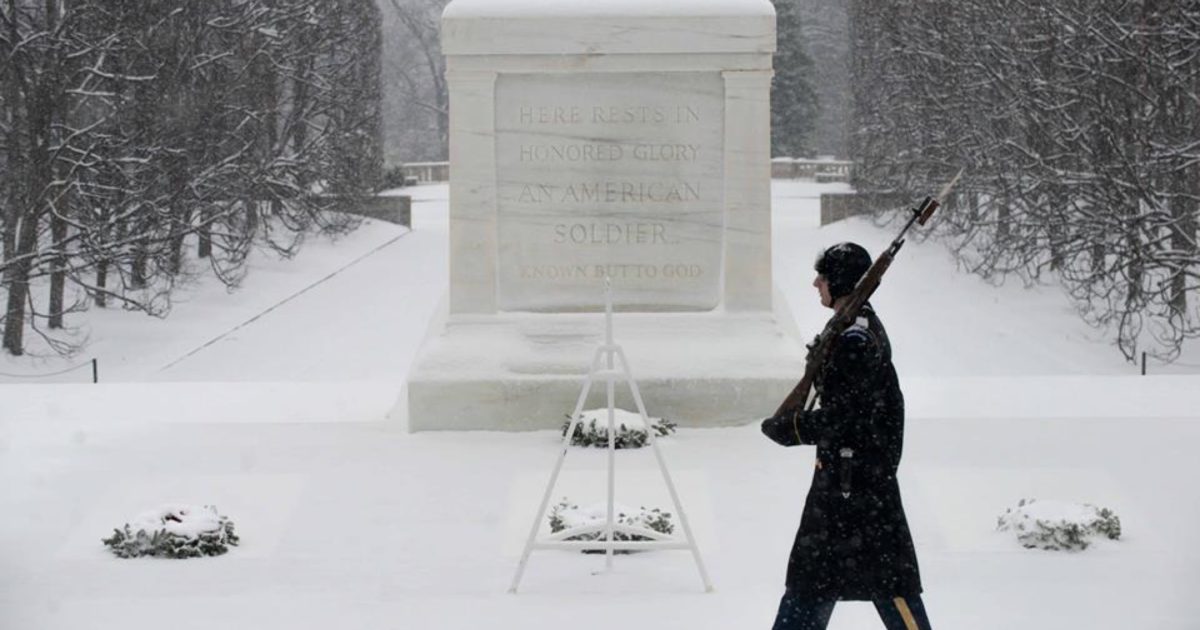 The world thought the Great War would be the end of all wars. In the arc of history, it’s fitting that President Dwight Eisenhower, erstwhile Supreme Commander Allied Expeditionary Force in a war that exponentially exceeded the European War in 1918 in terms of bloodshed, death, and suffering, made the first Veterans Day Proclamation.

Ike presided over an America in the midst of a Cold War, fresh from the carnage of the Korean War, overshadowed by the threat of a radioactive, insane atomic war. Yet America was rebounding in industry, homeownership, opportunity, and building a future that would bring civil rights to those who were downtrodden, political voice to the voiceless, and a technological miracle that kept the United States above every nation in the world in economic power and personal freedom.

Today, we are in an America in the midst of 17 years of war against an implacable culture of death. We face challenges to those who have sought a pluralistic, grace-filled America where the content of one’s character matters more than the color of one’s skin, or the political party one votes for, or the church one attends, or the science one takes as fact versus theory.

We are in a place where discourse is diminished and discouraged. It’s a place where powerful forces in media and technology seek to thread needles of censorship based on the message and the messenger regardless of the plain truth, while political forces spin their own “alternative facts.” It’s a place where the line between journalism, entertainment, and political advocacy has blurred to the point of non-distinction.

If Ike could sleep at night and golf on weekends with the ever-present threat of Soviet R-7 ICBMs raining down, then we should also understand the message delivered by the prophets of Israel.

So do not fear, for I am with you; do not be dismayed, for I am your God. I will strengthen you and help you; I will uphold you with my righteous right hand.

Jesus left us with this command:

Peace I leave with you; my peace I give you. I do not give to you as the world gives. Do not let your hearts be troubled and do not be afraid.

This message is very relevant to today’s situation.

With all the talk about civil war, it’s interesting that I don’t find many people who want to fight or die in one. Remember that the actual American Civil War in 1861 was an act of political defiance in a time when the U.S. Army was a small cadre of veterans of the Mexican American War. States were much more independent and Americans were much more provincial and less well-traveled, and less supplied (overwhelmed) with news than we are today.

In 2020, the U.S. military may call the President the Commander-in-Chief, but our all-volunteer military is actually run by a four-letter agency known as DFAS, the Defense Finance Accounting Service. They pay everyone and pay for everything. On January 20th, 2021, at noon, Chief Justice John Roberts will appear somewhere and swear in a president. If that person is Joe Biden, then no amount of personal loyalty to Donald Trump by generals, cabinet members, or political activists will move the military to defy the peaceful transfer of power.

Our soldiers simply aren’t going to fight for someone who doesn’t sign the checks. So put away the dark conspiracies. It’s not worth worrying about.

I can sit here and spin all kinds of possible futures, where Trump’s legal challenges throw the election into the House of Representatives, and in the resulting state-by-state voting, he wins, with Democrats refusing to participate. Then on January 20th, 2021, we would have a problem. But then again, we still live in a world where thousands of rockets tipped with nuclear weapons are targeting our cities and military bases, where armed enemies kill American soldiers, and where despots unafraid of bloodshed rule with iron fists.

The Bible says we will have tribulation–trouble. It says we will always have wars and rumors of war. Jesus said we would always have the poor with us, and the tares (weeds) would grow up with the wheat.

Do not fear talking to those who are on the other side of the political divide. Do not fear Democrats, or atheists, or communists, or ISIS, or Antifa. Today has enough troubles of its own, so do not fear tomorrow, or January 20th, 2021. Hug your spouse, hug your kids, compliment your friends and coworkers, and remind yourself why people who talk about civil war don’t want to fight or die in one. They’d be fighting their neighbors and family.

And remember, thousands have sacrificed their lives for us to live free this day, and millions serve all over the world in uniform, and as civilians keeping those in uniform clothed, fed, armed, and (in the case of the Air Force) supplied with cable TV, Internet and the latest Netflix movies.

God’s got this, and I for one am grateful. Fear not.