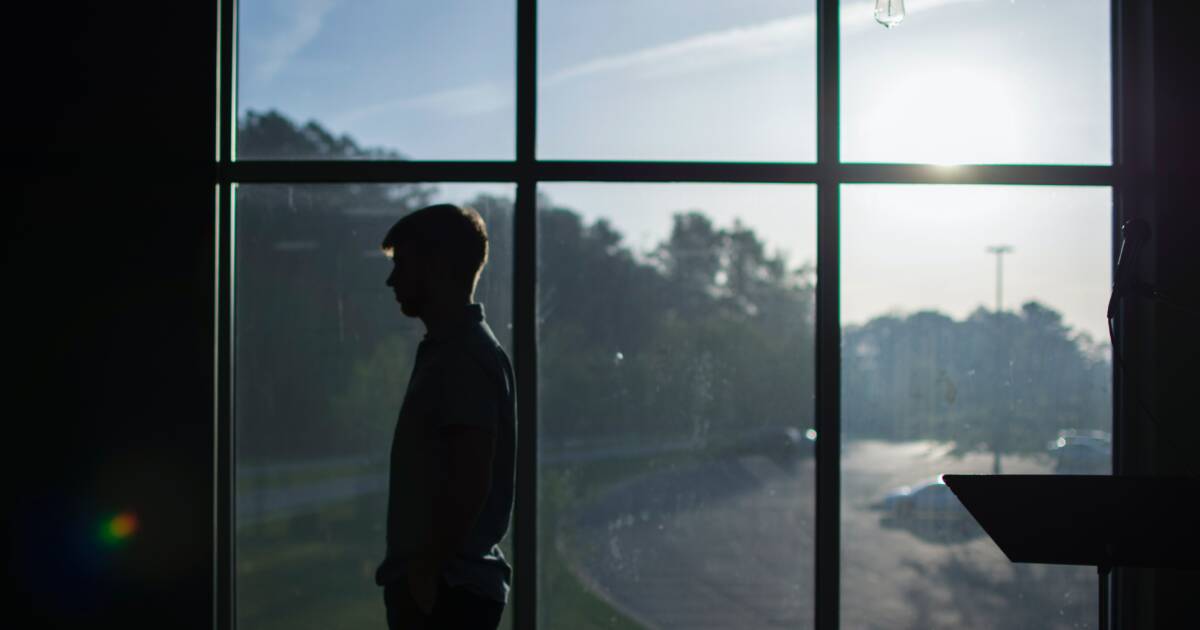 Sunday night begins the annual Jewish New Year (Rosh Hashanah) festival, leading to a ten-day period bookended by the Day of Atonement (Yom Kippur). The days in the middle are known as the “Days of Awe” where everyone is highly encouraged to look inside and work out anything that’s not—to be corny—Kosher. These ten days are strictly for introspection, and it’s one of the best aspects of Judaism as a faith.

It’s easy to live life one day at a time, with the goal of getting through each day. It’s difficult to look inside, to know what one really believes, how to measure one’s actions against those beliefs, and to make necessary corrections to align the two.

Not everyone is wired the same, inside our heads, but everyone has an internal story, whether that is one of rejection, insecurity, comfort, need, or responsibility. I’m sure that at some point, you may have taken a Myers & Briggs or similar inventory. Good if you have, and I’m not going to get into that space, to our mutual relief. (For the record, I’m mildly INTJ.)

Living in groups is hard, and the larger the group, the more each of us needs time in introspection. The good thing about Judaism, and the Torah, is that God’s word supplies us with many tools to live better through introspection.

First, there’s the weekly day of rest: Shabbat or the sabbath day. People who work seven days a week tend to be consumed with work and work-related priorities. “All work and no play makes Jack a dull boy” is a useful proverb, because it’s generally true. Taking one day out of seven to do something else—anything else—is really necessary to reset the internal springs and sprockets that our mind uses to get through the other six days. Even in ancient days, Jews followed the Biblical commandment to take a Shabbat day from regular work.

Every year, the Days of Awe are set aside for deeper introspection. Looking at the other nine commandments: have we kept them? Have we treated others with respect and dignity? Have we treated our own bodies as “temples” that are fit for work and the responsibilities we carry? Have we stewarded our resources or squandered them? Have we set reasonable goals and metrics based on our beliefs and then strived to live according to those?

If the Ten Commandments aren’t your thing, then deciding what is, and how life’s decisions and habits align with them is still important. Introspection is necessary to know what’s most important to an individual, delving deeper to mine and refine that into some kind of belief system. Then that belief system can (hopefully) produce some kind of template—a standard—that is used to measure goals and actions. It’s really key to first find out what one believes in the first place. That can be its own daunting task, because over time, beliefs change.

In my own journey to faith in Christ, a friend who was in his youth a strong Christian, but fell away from the faith, took me aside for a beer and a conversation. He told me I needed to know what I believed, and that I was being drawn to Christianity. He could see it in my own life. I had refused to read the New Testament because as a Jew, it was a banned book. Reading about Jesus and the apostles was foreign to me, and seemed just wrong, despite the fact that I was, in fact, drawn to it.

On Substack, I’ve told the story of my conversion. In just five months’ time, all my beliefs on God, theology, and morality were challenged, and drastically revised as I embraced a religion and a Savior I was not born into, and with which I did not grow up. One part of the story I didn’t tell was how my mother found out. At various points as I was considering becoming a Christian (“counting the cost” from Luke 14:28-33), I let my family know my situation. Except for my mother. I took great pains not to tell her, even to the point of scheduling a flight to see my step-father while my mother was away without telling her. Everyone in my family told me “don’t tell her, it’ll kill her.”

After my baptism in June, 1999, I avoided seeing my mother, though she had been asking me to visit all summer. I figured she was suspicious something had changed, and I couldn’t bring myself to tell her. But finally, I relented and drove to southwest Florida during the Days of Awe to spend Yom Kippur with her and my step-father (who, obviously, knew).

My zeal for my newfound faith was strong at the time, and I could not find a reason not to get myself to church on Sunday morning. So I awoke early, left the house while they were sleeping, and drove over to a local church, hoping to be back before they awoke. That didn’t go as planned, as you can imagine. My suspicious mother woke up, and drove around town looking for my car—finding it in the parking lot of a church, confirming her suspicion. It was a terrible, awful day, emotionally speaking. Only the mercy of the Holy Spirit (to me, that’s how I experienced it at the time, and how I still remember it) that protected my mind.

Introspection led me to a positive, defined set of beliefs, knowing that holding to them would cost me, even a relationship with my mother. Happily, my mother and I were able to find a way to reconcile, but sadly, she developed Alzheimers, which eventually claimed her life.

As a nation, America would greatly benefit from some introspection. Without it, people tend to blame others for their situation, and their beliefs, instead of acting as a positive confession that can be measured against actions, become reactionary as against “them” the oppressors. Victimhood rules in a world without introspection, and everyone becomes a victim of someone else. Vengeance and punishment take the place of justice and mercy, and people become objects instead of beings of enormous value and dignity.

If God wants anything from humankind, it is to treat each other as His creations. And even if you don’t subscribe to that particular belief, treating others with kindness and respect is a system worth believing in, simply for the peace of mind and returned goodness that flows back. I’d rather spend a day with a kind, peaceful atheist at ease with his own beliefs than a sour Christian, angry at “them” for the trials of life.

In Judaism, the Days of Awe are meant for believers to examine their own hearts and repent of actions, attitudes and words that did not please God or honor His Commandments. At Rosh Hashanah, the “book of life” is opened and prepared for the names of the righteous to be written in it for another year. At Yom Kippur, atonement is made for the sins of the past year, and those who repent with clean hands and a pure heart are written in the book, which is then closed at the final shofar blast. I know this is a very simple version of an enormously deep topic—don’t email me your rabbi’s treatise on it—but in a nutshell it’s what the New Year is about: a fresh start.

Christians believe that there was an atonement for all sin, in the death of Jesus Christ. The resurrection of Christ is proof of God’s mercy to write all who repent in the book of life, which will endure to the final judgment seat of God at the end of all things. In the most accepted Christian eschatology, death is a mere placeholder when the forgiven are taken into Jesus’ presence to await the days to come, when all will receive the same resurrection and spend eternity with Him. But those whose names are not written in the book will be cast into the lake of fire with the devil, for all eternity.

In Jewish and Christian life, there is no more important act than introspection, leading to positive confession of beliefs and repentance of sin. Without introspection and self-examination, I’d go so far to say that repentance is impossible. Lies become transactional pieces in a daily battle for power; victimhood becomes a badge of honor, and cost is calculated only in terms of mortal possessions. The spiritual shrivels and dies, while the carnal consumes life and purpose.

It doesn’t take a scholar to look at America, our politics, our problems, and our leaders, even so-called spiritual leaders, to see that we’ve abandoned introspection as a regular practice. We treat such things as weakness, and those who stand completely without apology for sin and lies as an inside joke (and I’m not talking exclusively about Donald Trump here, but he is a stellar example of it).

Christians who do not practice introspection lose the ability to discern what is good, or even what they believe. They can’t calculate the cost of their beliefs, because those beliefs have ceased to take solid form. And therefore, they are, as James 1 declares, “double-minded and unstable in all they do.”

5 If any of you lacks wisdom, you should ask God, who gives generously to all without finding fault, and it will be given to you. 6 But when you ask, you must believe and not doubt, because the one who doubts is like a wave of the sea, blown and tossed by the wind. 7 That person should not expect to receive anything from the Lord. 8 Such a person is double-minded and unstable in all they do.

It’s one thing to act with hypocrisy. In a lifetime, most people end up being hypocrites about something. Most New Years’ resolutions end in hypocrisy: “I want to lose weight” ends in “I love food and hate working out.” It’s another thing to live a life of hypocrisy, where beliefs themselves are subject to whatever the day requires. Such as life frequently finds the basest beliefs as its foundation: pleasure, power, lust, greed, and cruelty. But the person living that life is often unaware of their own emptiness, because introspection is absent. Even the smallest twinge of regret or doubt is buried under an avalanche of wants and addictions.

This Rosh Hashanah, I pray that everyone, Jew, Christian, or people who follow other faiths or none at all, will take some time during the Days of Awe to look inside and find out what they believe. The looking itself frequently results in positive change, and a better person, with confidence, courage, and conviction of what they stand for. True weakness isn’t found in failure to accomplish our most urgent desires; it’s found in not knowing what our heart most strongly believes. True strength is found by looking inside, and finding there the foundations of faith—in something, if not in God.

Even a small amount of introspection can change the course of a nation.