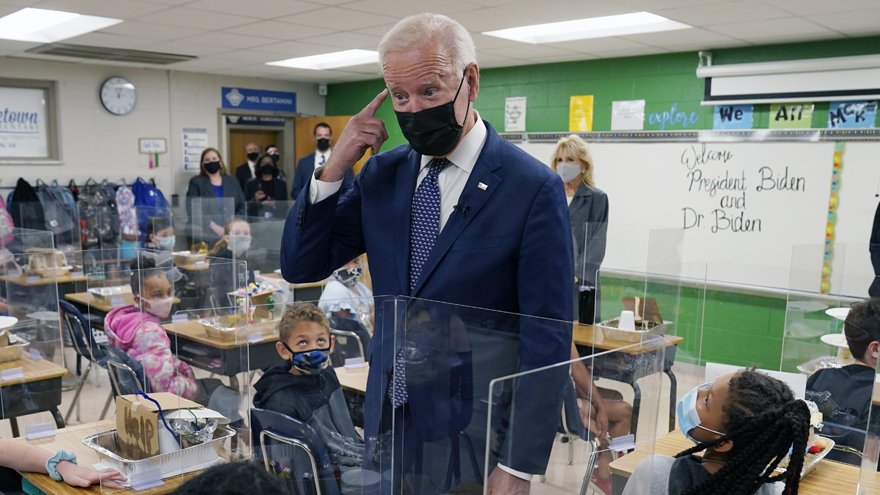 A new survey from Politico and Morning Consult is shedding more light on America’s feelings towards Joe Biden, with just 11% giving the President high-marks for his first year in the White House.

“Joe Biden pitched himself as the antithesis of Donald Trump, but the president is ending his first year in office with a similarly dismal report card from voters as his predecessor,” reports Politico. “Like Trump, more voters gave Biden a failing mark at the quarter mark of his term than those who awarded an A or B combined, according to a POLITICO/Morning Consult poll released Wednesday. About 37 percent of those surveyed rated Biden’s performance as an F, compared to the 31 percent who gave either an A or B grade for the past year.”

At this point in his term, Biden’s failing grade exceeds even former President Donald Trump’s. The 45th president got an “F” from 35 percent of Americans, compared to Biden’s 37 percent.

Biden got his worst marks on the economy, immigration, and “restoring unity” — with 40 percent flunking him in the latter two categories, and 38 percent giving him an “F” on the economy. His best grades came on Covid-19 and health care, where 35 percent and 31 percent respectively gave him an “A” or a “B.”

In other notable takeaways from the Politico/Morning Consult survey, 68 percent of respondents believe the nation is on the “wrong track,” compared to 32 percent who believe it is going in the “right direction.” And overall, Biden’s job approval stands at 40 percent, compared to 56 percent who disapprove.