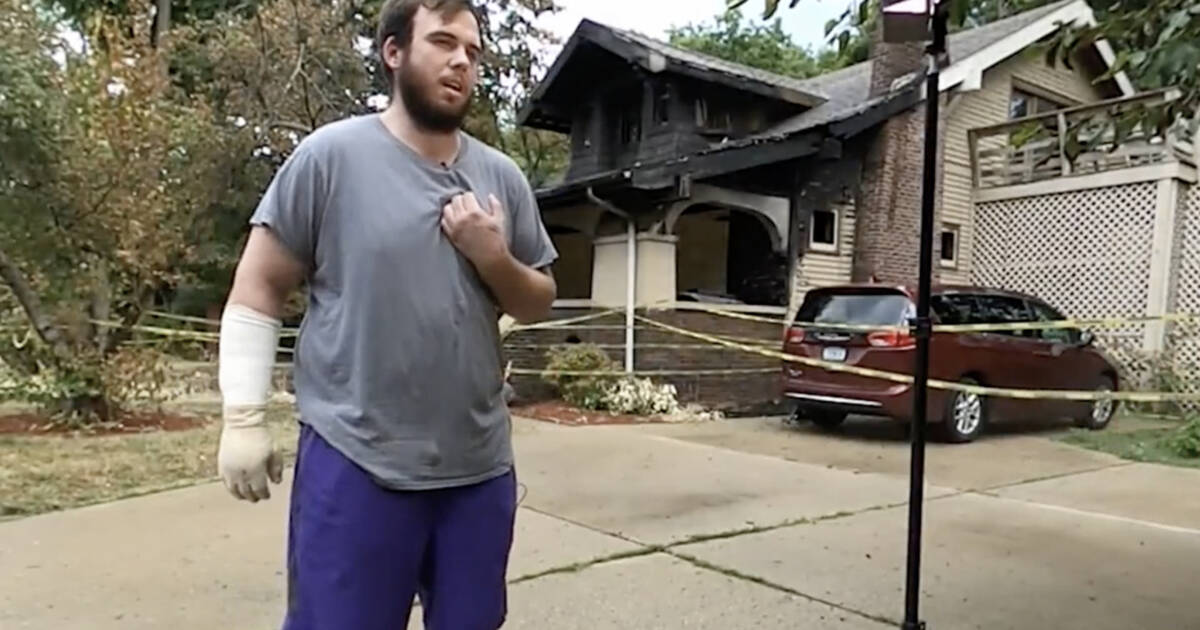 Nick Bostic, the Indiana pizza delivery man who pulled 5 kids out of a burning house, is enjoying an outpouring of love and support —especially on GoFundMe where donors are throwing him some extra cheese.

According to a report from Fox News, Bostic has received nearly $500,000 in donations on a GoFundMe page set up by his cousin Richard.

“This kid is the real deal,” Richard wrote on the page. “Sadly, he has some serious injuries and will need help during his recovery.”

Bostic, who delivers pizza around Lafayette, suffered the injuries around 12:30 a.m. on July 11. While he was able to lead the teen and three of the children out of the burning home, Bostic ran back into the flames and fought heavy smoke to search for a six-year-old child who was still inside. He eventually found her and carried her out through a window.

Bostic appeared Monday on “America’s Newsroom” and recounted what happened after he spotted the flames and ran inside.

“Before I was halfway into the door, I started hollering if there was anybody in there,” Bostic said.

Bostic said he started to think the house was empty until four people heard him and ran to him. He then led them outside and asked if anyone was left.

“They said there’s a six-year-old left in there. So, I went back inside,” he said.

“It scared me a lot,” he said. “But then I started hearing Kaylani’s cry.”

Bostic said he grabbed the child in his arms and was able to bust through an upstairs window and carried the child to safety.