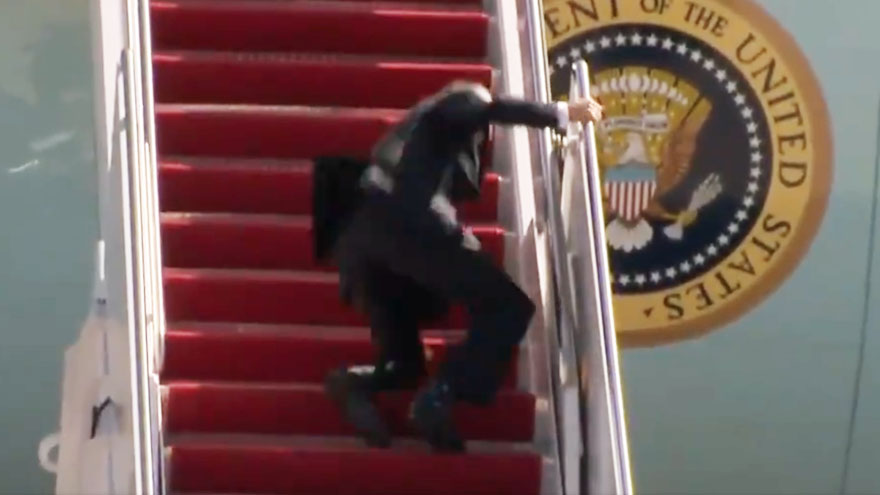 She went on to say the Commander-in-Chief is “doing 100 percent.”

“According to the National Weather Service, Joint Base Andrews in Maryland is experiencing winds of more than 20 miles per hour with gusts up to 25 mph,” reports the New York Post.

“However, the wind did not prevent the plane from taking off for a trip to Atlanta, where Biden will meet with community leaders about a shooting spree that killed eight at area massage parlors. He also will visit the headquarters of the Centers for Disease Control and Prevention to discuss the COVID-19 pandemic,” adds the newspaper.

Biden -the oldest President in US history- broke his foot during the 2020 campaign while playing with his dog Major.