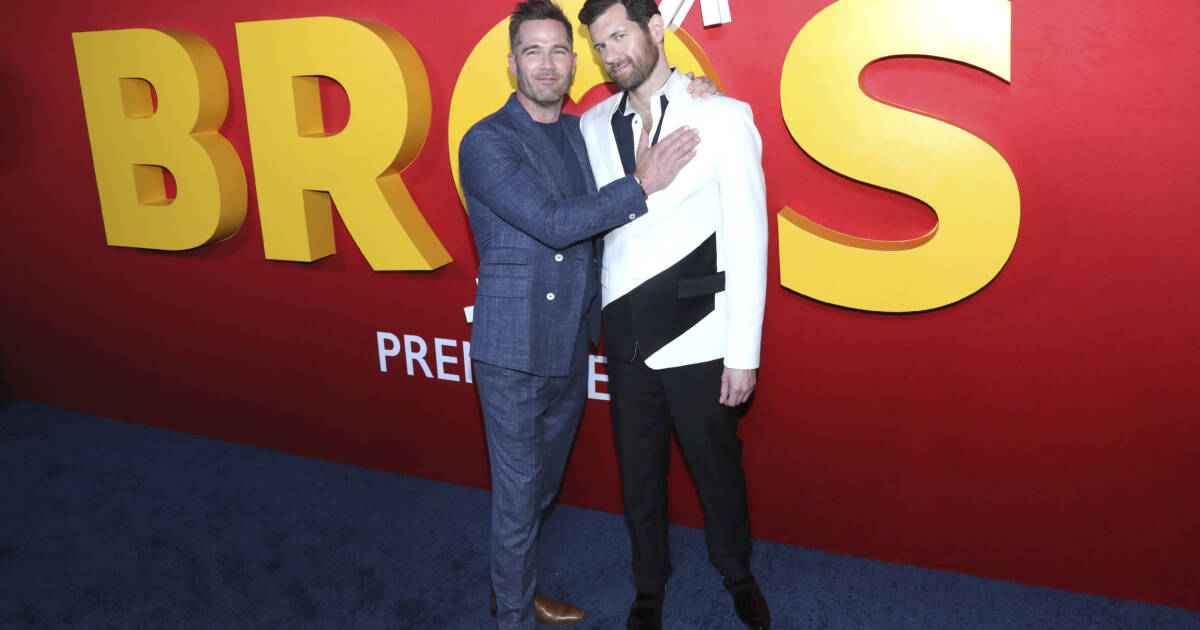 Actor, comedian and writer Billy Eichner was disappointed that his LGBTQ+ rom-com movie Bros didn’t perform better at the box office this weekend; the film took in just $4 million dollars and was estimated to cost $22 million to produce. Eichner hit Twitter to share his thoughts —and place a little blame.

Eichner, 44, launched an angry social media screed late Sunday, telling “everyone who ISN’T a homophobic weirdo” to get out and get into theaters to support his effort.

“Last night I snuck in and sat in the back of a sold-out theatre playing Bros in LA,” he wrote. “The audience howled with laughter start to finish, burst into applause at the end, and some were wiping away tears as they walked out. Really. I am VERY proud of this movie.”

He then scolded: “Even with glowing reviews, great Rotten Tomatoes scores, an A CinemaScore, etc, straight people, especially in certain parts of the country, just didn’t show up for Bros. And that’s disappointing but it is what it is.”

Eichner told “everyone who ISN’T a homophobic weirdo” to go to see Bros.

Maybe he shouldn’t have blasted members of the SCOTUS on the stage at the VMAs and used divisive language to try and drive people to the theatres.