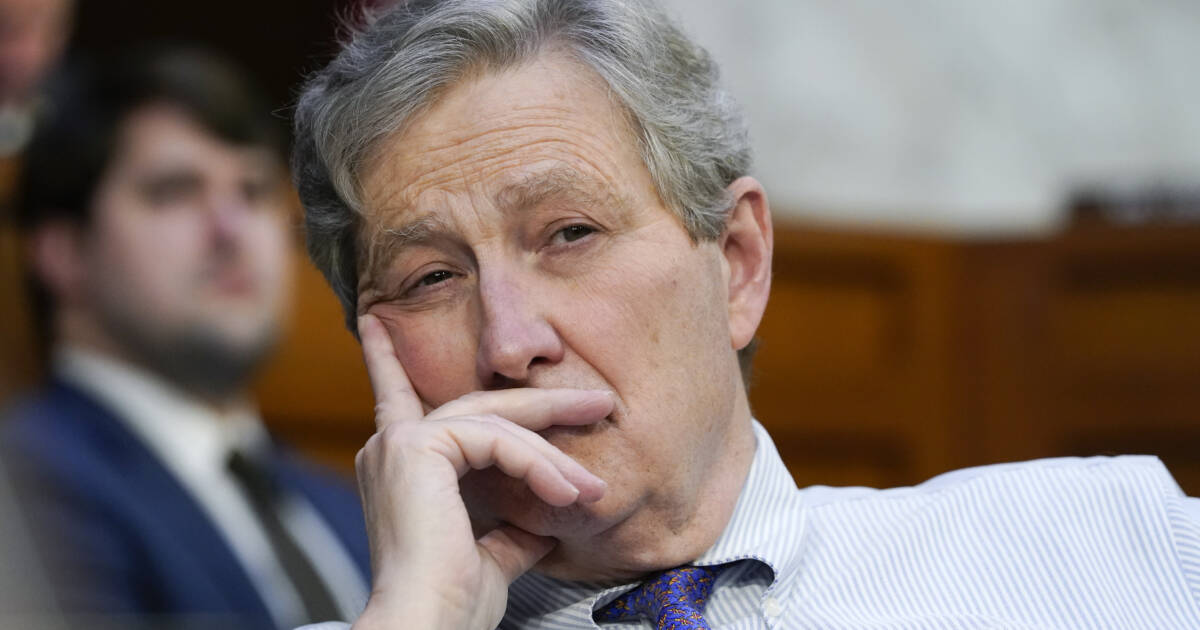 “You mentioned — you mentioned oil and inflation,” he said. “President Biden was inaugurated on January 28 of last year. So we are on day 488 of Build Back Better. So far, the policy failures from this administration have gushed like an open fire hydrant. You mentioned oil. The president is clearly obstructing America from drilling for its own oil and — for environmental reasons, he says. Instead, he wants us to buy oil from foreign countries. Those foreign countries transport that oil to us in tankers that use 2,000 gallons of fuel per hour and emit eight tons of CO2 per hour. The irony is rich. I mean, that’s a special kind of stupid.”

“On inflation, here’s what the American people see,” Kennedy continued. “President Biden gave Americans three $600 stimulus checks. And then, for his next trick, he crashed their 401ks and increased their gasoline bills by $800 — their food bills by $3,000, and their rent by $2,000 a month. Now, unless you have untreated mental illness, you know that is not a good trade. And that’s why most Americans, at least on the economy, would — right now, would not trust the Biden administration to properly open a PayPal. Its economic illiteracy is astounding.”