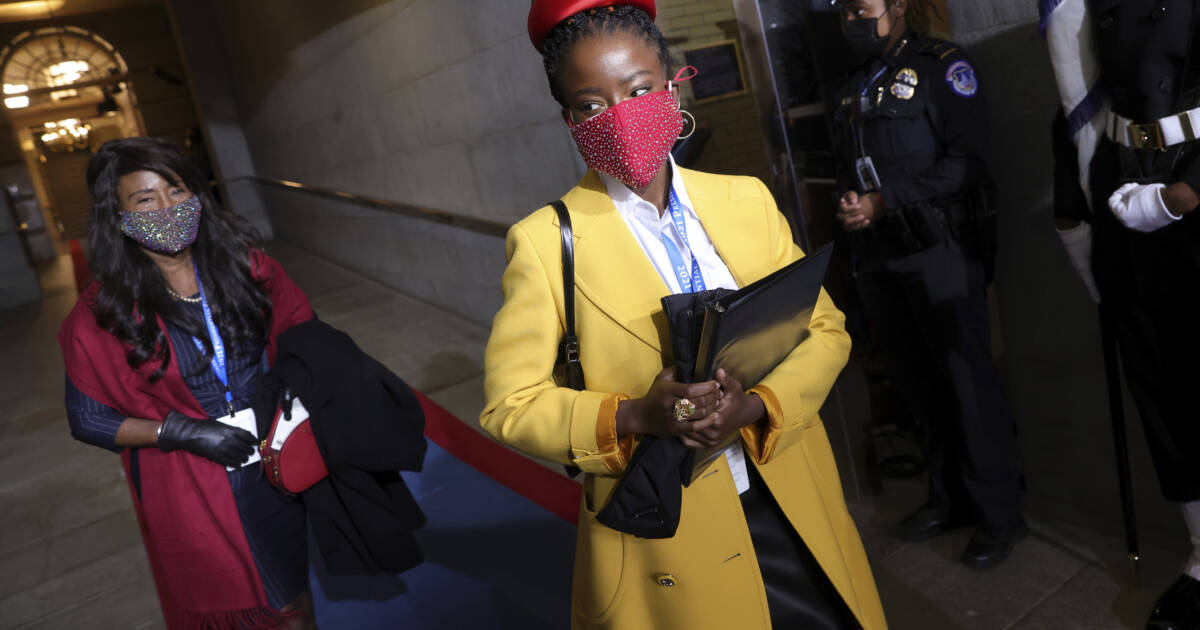 National Youth Poet Laureate and President Joe Biden’s inaugural poet Amanda Gorman remixed the words to the Star-Spangled Banner for the Fourth of July; Gorman calls it “The Scar-Mangled Banner.”

O say can we see, by the Gone’s early flight, What so loudly we failed at the mornlight’s past gleaming, Whose flawed stripes and strifed scars, through the perilous plight, Our wan hearts, we watched, stirred and valiantly screaming.

And the rifle’s dread glare, bullets bursting in air, Gave truth in our sight that our flag was not spared. O say does that scar-mangled banner yet save Our land of the free and the home of the brave?

Gorman was roasted for her remix on Twitter —many pointing out the juvenile nature of the poem.

“Congrats to Weird Al for his work as Youth Poet Laureate,” wrote one user.

“Probably made sense when you were drunk,” wrote another.

“You know you could just leave this country and find a place instead of disrespecting it I mean it’ll solve yours and our problem,” wrote another.

And then finally, the blunt “This isn’t good.”

The national anthem has come under fierce criticism from members of the Left for some time; in the midst of the 2020 riots, author Daniel E. Walker posited, “I do side with the people who say that we should rethink this as the national anthem, because this is about the deep-seated legacy of slavery and white supremacy in America, where we do things over and over and over again that are a slap in the face of people of color and women.”

Activist Kevin Powell suggested replacing “The Star-Spangled Banner” with John Lennon’s “Imagine,” as Yahoo reported at the time: “Powell, for his part, suggests John Lennon’s Imagine, which he says is ‘the most beautiful, unifying, all-people, all-backgrounds-together kind of song you could have.’”

“I grew up in hip-hop,” Powell added, “and I remember how people would criticize hip-hop for being violent. Yet ‘The Star-Spangled Banner’ is riddled with violence. How are you criticizing a rap song for being violent, but when we get to kindergarten, we are literally teaching children violence through song? I said, ‘I can’t participate anymore.’ So I stopped a long time ago.”