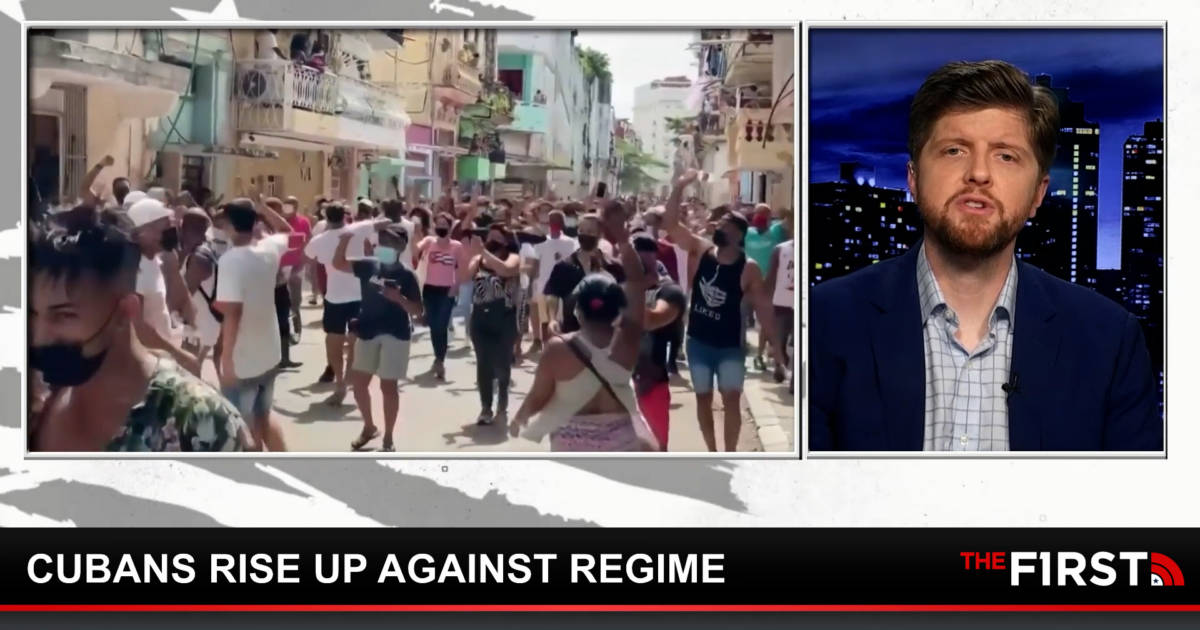 When it comes to helping Cuba, the Biden administration didn’t go far enough.

In a tense exchange between Associated Press reporter Matt Lee and State Department spokesman Ned Price , Lee lambasts the President’s latest sanctions on Cuba, saying they don’t do “anything new” and the impact is “negligible.”

Here’s an excerpt from the exchange:

LEE: Okay. But I mean, the special brigade of the interior ministry was already covered by Global Magnitsky sanctions. So, you – so you’ve – you’ve added another designation on – I just don’t – the impact of this seems to me whatever the impact would have been – it seems to have been – it seems to be negligible, since they were already covered. So, I don’t quite understand how it is that you are presenting this as some grand new initiative to support the Cuban people, when in fact it’s simply adding another layer, which was really unnecessary, since they already were covered by the sanctions.

PRICE: I would make a couple points. Number one, the Global Magnitsky sanctions regime is an important tool we have that is applicable —

LEE: It is. But they were already under it.

PRICE: — that is – Alvaro Lopez Miera was?

LEE: No, I’m talking about the – that’s one person, okay, who most likely doesn’t have any assets or any dealings with American citizens.

LEE: So, let’s talk about what the real impact would be, would be if you designated the whole entity of the – a part of the interior ministry, like with the Iran sanctions, okay? That would have a much bigger impact, whatever that impact would be. But the fact of the matter is that they were already covered by Global Magnitsky sanctions. The exact same sanction, the exact same executive order was used to do this, and it doesn’t have any – it doesn’t do anything new.

A group of pro-Cuban protesters gathered in front of the White House in Washington Monday; demanding President Biden help their friends and family locked inside the Communist Country pursue “freedom” and “liberty.” “What do we want?” yelled one group of demonstrators. “Freedom!” replied the crowd. Watch the protests above.

He took his sweet time. According to a report from The Daily Mail, President Biden will announce new sanctions against Cuban officials for human rights violations. He will also restore internet access for pro-democracy protestors. “The moves represent the first steps taken by the Biden administration to apply pressure to Havana amid growing calls from …

“The most equal, multiracial country in our hemisphere.” In a 2019 interview with Vox’s Ezra Klein, New York Times journalist and 1619 Project creator Nikole Hannah-Jones had strong praise for Cuba. “Cuba has the least inequality between black and white people of any place really in the hemisphere. I mean the Caribbean — most of …

Cuba is experiencing unprecedented anti-government protests. But with President Miguel Diaz-Canal restricting Cuba’s internet access, the rest of the world isn’t getting the whole story. Florida Governor Ron DeSantis has stepped up, writing an urgent message to the Biden Administration. “I write to urge you to assist in providing Internet access to the people of …

The Black Lives Matter organization released a shocking statement on the freedom protests taking over Cuba this week; blaming the USA for causing “pain and suffering” on the island since 1962. “Black lives matter condemns the US federal government’s inhumane treatment of Cubans, and urges it to immediately lift the economic embargo,” posted the global …