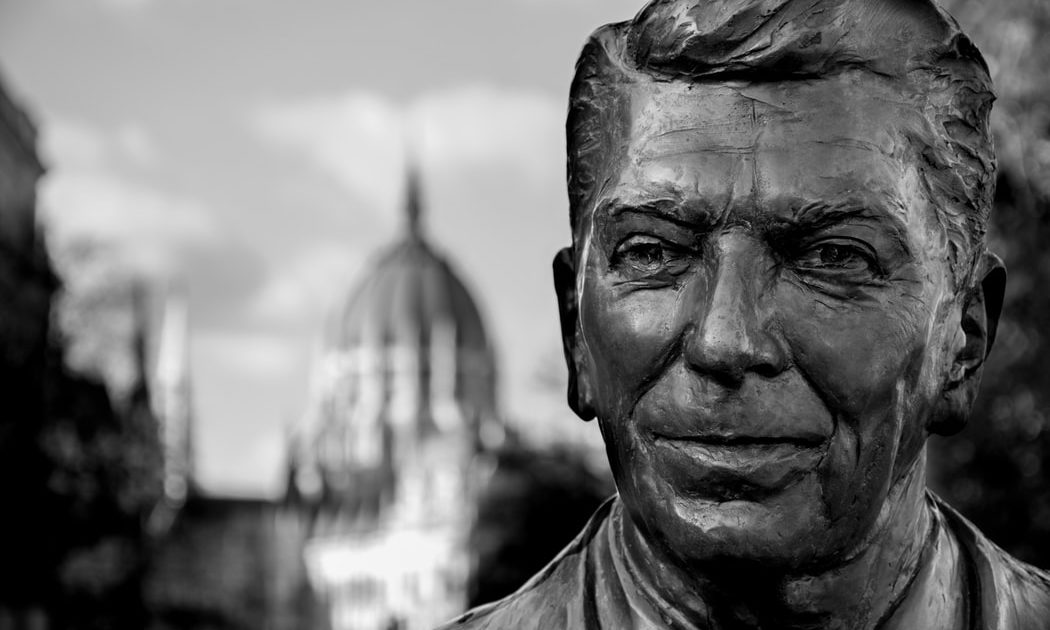 Ronald Reagan is one of my favorite presidents. I actually had a chance to see the Gipper speak live once upon a time, an experience that along with growing up in the Reagan era, cemented my ideological ideas early on.

Reagan was not only a popular politician, he was a deep thinker and shrewd political strategist. One of the lasting ideas that Reagan gave us was the idea that the Republican Party should be a “big tent.”

“The Republican Party,” Reagan told California Republicans in 1967, “Both in this state and nationally, is a broad party. There is room in our tent for many views; indeed, the divergence of views is one of our strengths.”

For years, I adhered to this philosophy as many other Republicans (of which I was one until 2016) turned on each other. I was a Tea Party guy from the earliest rallies of 2009, but pretty quickly I saw that the Tea Party was being used to split the GOP into factions. People like Ted Cruz were using the movement to attack, not just the liberals and Democrats, but rivals within the Republican Party.

This movement culminated in the 2013 government shutdown over Obamacare. Cruz orchestrated the shutdown ostensibly to stop Obamacare, but the path to victory was never quite clear. Republicans were a congressional minority and didn’t have the votes to kill the Affordable Care Act. Skeptics of Cruz’s plan, me among them, asked how shutting down the government was supposed to get Democrats to change sides because winning more votes was the only way to get the bill passed.

The entire plan was reminiscent of “South Park’s” underpants gnomes. The shutdown gnomes, I pointed out, had a plan that went something like this:

“Don’t bother us with details,” was the response. “We might as well give it a try. At least he’s fighting!”

Sure enough, the shutdown was a disaster. The rub was that the Republican base, led by Cruz, blamed RINOs in the Republican Party for the defeat rather than the Democratic majority or Cruz’s lack of strategic planning abilities.

I spent the next few years talking about Reagan’s 80 Percent Rule and the art of realizing what was possible and what was impossible. The party shouldn’t split over small differences, especially when the fight was over strategies that were demonstrably impossible based on simple mathematics.

Over time, however, I realized two things. First, the Republican base valued people who could fight over people who could win. Cruz was a fighter even though he lost while John Boehner, the Speaker of the House at the time, was a good strategist who defeated Obama in the fiscal cliff negotiations and became the first leader to actually reduce the deficit in real dollars (not projected spending growth) since Eisenhower.

To put it in Ben Shapiro’s phrase, which I love, “facts don’t care about your feelings.” I had always viewed the Republican Party as the more rational party, but I was seeing the GOP veer toward an emotional response rather than accepting the objective truth of Boehner’s accomplishments.

Cruz was a failure and Boehner was a success yet Cruz was the Republican hero while Boehner was derided as a RINO. This brought me to my second realization, the fact that Ted Cruz was either too stupid to realize that his strategies were counterproductive or else he had a different strategic goal than the rest of the party.

The latter seemed more likely. Cruz’s strategy was never intended to beat the Democrats. Cruz’s strategy was intended to promote Ted Cruz to a position of prominence from which he could launch a presidential campaign. In so doing, Cruz and his Tea Party backers violated Reagan’s 11th commandment, found in the same 1967 speech, that “Thou shall not speak ill of any Republican.”

I’m not writing this just to dump on Ted Cruz, although it is easy, fun, and gives me a chance to say “I told you so,” since Cruz is more generally seen for the unprincipled self-promoter that he really is these days. I’m making this point because Donald Trump usurped Ted Cruz’s role as the outsider and fighter in 2016. If Trump had not run, Cruz’s campaign would have been very similar to what we saw from Donald Trump.

Fast forward to 2021 and Republicans still love the loser who fights. My recent article about how the Republican Party would be better served by disqualifying Trump prompted the following comment on Facebook, which in turn was the inspiration for this column.

The commenter goes on to say in a second post, “We are the ones that won the elections” and that “old Repubs [are] dying off, only the Trump base is what saved your [posteriors]!”

This claim does not bear out the facts. In two elections, Donald Trump never won the popular vote and lost the Electoral College once. He also lost the House and Senate, including two Senate seats in now-purple Georgia. Further, a new Gallup poll shows that the Trump-led Republican Party hemorrhaged 12 points of its support between November and February. Allahpundit tweets the relevant portion of the article:

If that weren’t enough, another commenter on my Facebook page vowed, “If they ban him, we’ll just write him in out of spite.” This provides further confirmation to my theory that Republicans would rather lose with someone that they perceive to be a fighter than to win with someone who they don’t believe fights. Winning without fighting is a bigger sin in their eyes than losing.

These people are not conservative in any sense of the word. Limited-government, principled conservatives really have very little in common with these new Republicans who are not adherents to either a particular political platform or even a party that deviates from Donald Trump’s wishes. There is truth to the statement that Donald Trump performed a hostile takeover of the Republican Party, gutted it, and rebuilt it from the inside out.

Going back to Reagan’s speech, we see the error that the GOP has made in recent years with the Gipper’s caution, “Let no one, however, interpret this to mean compromise of basic philosophy.”

Republicans have not compromised their basic philosophy. Instead, they have abandoned it.

A large part of today’s Republican Party is “Republican-in-name-only” and Trumpist-in-fact. While there is some overlap between the two groups, it is becoming increasingly difficult to support traditional Republican values while supporting Donald Trump. The two ideologies are too often in opposition to one another.

As my friend Steve Berman posted this morning, Republicans have jettisoned basic truth and honesty in an attempt to get elected and stay elected for what they see as the greater good of fighting (there’s that word again) the left. The problem is that if you lie to people to get elected then you have acknowledged a false reality. You then have to keep standing in that alternate universe in order to stay elected. That’s where Republicans are today. They have to keep lying to feed the beast of their own making and ensure that it doesn’t eat them next.

“Unity does not require unanimity of thought,” Reagan argued, but Republicans of today are unable to accept any deviation from the party line or criticism of Donald Trump. As Republicans censure people like Liz Cheney and Ben Sasse for daring to hold Trump accountable for his attempts to overturn the election results that provoked a violent attack on Congress, it is increasingly apparent that today’s Republican Party is no longer the party of Reagan. It is the party of Trump and only Trump. The Trump Republicans may be running the party into the ground, but make no mistake, they are running it.

There was a time when I hoped that Republicans would return to traditional Republicanism after Trump left the scene. Now, I see that isn’t going to happen. The Republicans are still in love with the loser and will be for the foreseeable future.

It is time for conservatives of good conscience to remove themselves from the Republican Party and start fresh. Trump Republicans should be left with a shrinking and irrelevant GOP in which they can adore Trump to their hearts’ content.

That brings me to another statement by Ronald Reagan, which I’ll paraphrase here:

We should be loyal to our conservative ideals, the rule of law, and the Constitution, but not to a party and especially not to one very flawed person.