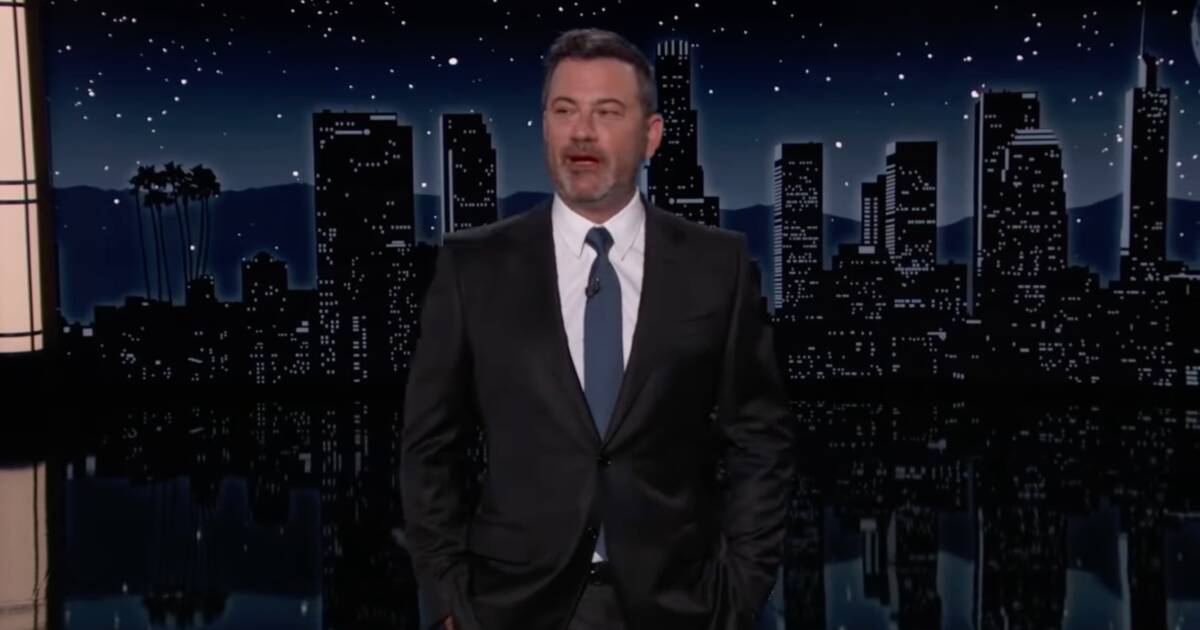 Jimmy Kimmel stirred a hornets nest in his late-night return from a “weird summer” hiatus by saying Americans who aren’t vaccinated should be left to die without needed health care.

“That choice doesn’t seem so tough to me,” Kimmel said. “Vaccinated person having a heart attack? Yes, come right in, we’ll take care of you. Unvaccinated guy who gobbled horse goo? Rest in peace, wheezy.”

With all due respect, Mr. Kimmel, shove it up your horse’s behind.

What does taking a medicine that won the 2015 Nobel Prize have to do with being left to die of a heart attack, which has zero to do with COVID-19, except as the I’m-a-hammer-and-everything-is-a-nail policy prescription of a someone who shouldn’t be within five miles of an ethics convention?

I understand that we all want to be protected against COVID-19. We all want to eat healthy. not smoke, not drive drunk, and not do the thousands of various things that are bad for our health. But to deny someone medical care for an unrelated life-threatening condition because they won’t take a vaccine is worse than telling smokers we won’t treat their lung cancer, or their kidney stones either.

This wouldn’t be an issue at all–I mean does anyone really think Jimmy Kimmel determines health policy?–except that Kimmel, in 2017 shoved his nose deep into politics accusing Sen. Bill Cassidy of lying “right to my face” about a GOP health care bill to replace Obamacare.

Cassidy coined the phrase, “the Jimmy Kimmel test” regarding access to health care. So in reality, Jimmy Kimmel did affect health care policy, or at least the politics of policy.

That test dealt with pre-existing conditions, such as the congenital heart disease Kimmel’s son had, and lifetime limits which are banned by Obamacare, which a sick baby would quickly reach. Kimmel said “No parent should ever have to decide if they can afford to save their child’s life.”

So last week, Bill Cassidy and Senator Lindsey Graham proposed a new bill, the Graham-Cassidy bill. And this new bill actually does pass the Jimmy Kimmel test, but a different Jimmy Kimmel test. With this one, your child with a preexisting condition will get the care he needs — if, and only if, his father is Jimmy Kimmel. Otherwise, you might be screwed.

Now, I don’t know what happened to Bill Cassidy. But when he was on this publicity tour, he listed his demands for a health-care bill very clearly. These were his words. He said he wants coverage for all; no discrimination based on preexisting conditions; lower premiums for middle-class families; and no lifetime caps. And guess what? The new bill? Does none of those things.

Coverage for all? No. Fact, it will kick about 30 million Americans off insurance. Preexisting conditions? Nope. If the bill passes, individual states can let insurance companies charge you more if you have a preexisting condition. You’ll find that little loophole later in the document after it says they can’t. They can, and they will.

And now? Kimmel says if you refuse to take a shot, you’re screwed. I wonder if that includes the babies and kids of the unvaccinated? If an unvaccinated Jimmy Kimmel’s baby would get the big “stop” hand at the door until daddy gets a jab?

In 2017, Nancy Pelosi said that “health care is a human right.” Her words:

Over one hundred million people have an existing medical condition.  They can be discriminated against in the workplace.  You take away the Affordable Care Act, the cost of coverage for them is impossible, is astronomical.  She mentioned that, she mentioned the lifetime cap, she mentioned the job less, et cetera.  The list goes on. So we’re about results.  If they have a proposal, as results, we’re interested in looking at it.

Now, some liberals want us to do exactly what we’re told in order to obtain health care. I understand that ivermectin and hydrochloroquine are not effective as a cure for COVID-19, at least according to the studies out there so far. But so what if a doctor wants to give someone the medicine? If there’s a non-zero chance it could help someone sick, and they have COVID-19 (so taking the vaccine at that point would be, umm, pointless), why not?

There’s no real treatment for COVID-19 other than “stay alive till your body recovers.” If someone thinks a real medicine (not fish tank cleaner, or “horse paste”) will help them, then the positive attitude alone (Placebo effect) is better than giving up.

I think we need to tell people that the vaccines are safe, tell people what’s in them, how they work, and let people make their own decisions.

However, the story isn’t what’s in the vaccine or does it work (it works). The story is really that many unvaccinated people don’t trust or believe either the drug makers or the government. They think–are convinced–they’re being lied to. They’re convinced that the drug companies only want to sell more vaccine to the world, booster shots forever. They are convinced that the vaccines had all kinds of little “I didn’t tell you” stuff in there, shortcuts like the frog DNA used in the fictional “Jurassic Park” movie.

People see “gene editing” and words like these telling us how the J&J vaccine is safe (care of CNNWire):

The Johnson & Johnson vaccine uses viral vector technology. A common cold virus called adenovirus 26 is genetically engineered so that it can infect cells, but it won’t replicate there. It cannot spread in the body, and won’t give people a cold. Like the Pfizer and Moderna vaccines, it delivers genetic instructions. (emphasis mine)

Gaaah! I have to trust those white-coated lab people who are editing genes of a common cold virus to inject that stew into my veins. Reading stuff like that makes me rethink getting the J&J/Janssen jab in the first place. It made me sick as a dog, like I got hit by a truck, when I took it. Clearly, the stuff is potent, and I have no idea what genetic information was just put into my body, to remain essentially for the rest of my life.

It’s more scary when people who think about as much as any high-school graduate level educated person does, until he has a sick baby (and I’m very compassionate about that!), believe, like Kimmel does, millions of people who don’t like thinking about scary things and don’t trust the people telling us it’s all okay must take the shot or die if they’re sick for any reason.

The best way to get people vaccinated is to get them to trust the people–not the drugs–who are saying we need to get vaccinated. Telling people “get the jab or die” is a very poor way to do that.