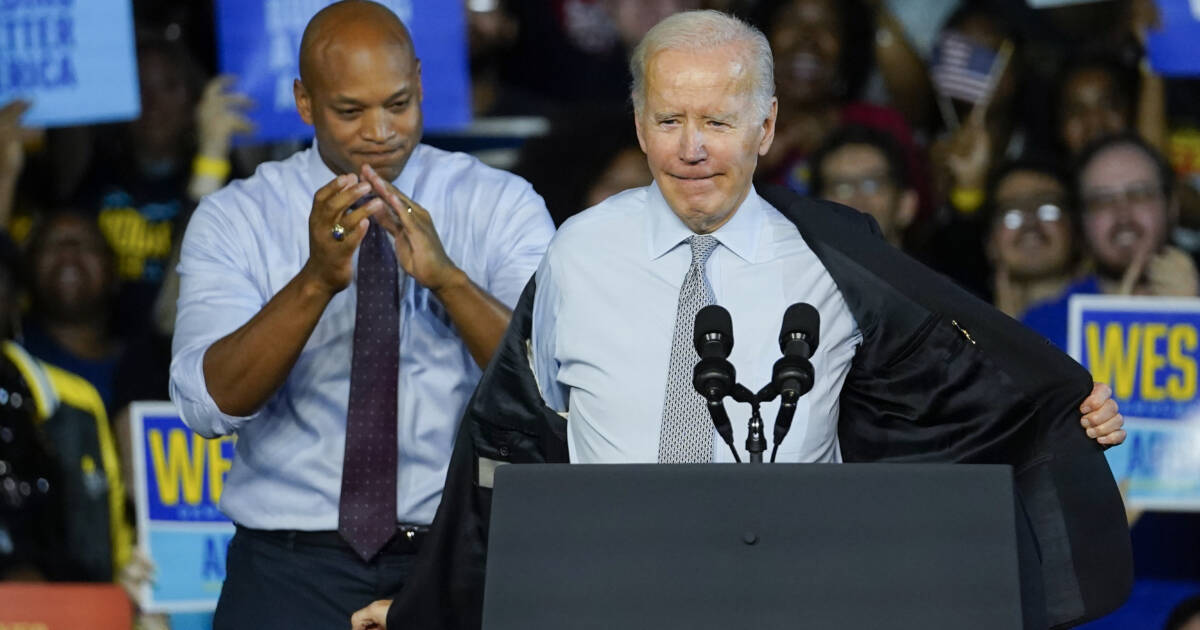 According to a New York Post report, President Biden told the crowd at a historically black college on Monday night that they were “just as smart” and “just as bright” as students at other schools as he delivered his final speech before the midterm elections in a deeply Democratic part of Maryland.

Biden also had another of his strange “don’t jump” moments, in which he appears to be talking a crowd member out of jumping from some great height.