“A Durham bombshell. It was a joint venture between Hillary and the @FBI. Any media outlet ignoring this story today is an enemy of the American people,” posted Richard Grenell on Twitter.

Special Counsel John Durham is revealing new smoking gun evidence, a text message  that shows a Clinton campaign lawyer lied to the FBI, while putting the courts on notice he is prepared to show the effort to smear Donald Trump with now-disproven Russia collusion allegations  was a “conspiracy.”

In a bombshell court filing late Monday night, Durham for the first time suggested Hillary Clinton’s campaign, her researchers and others formed a “joint venture or conspiracy” for the purpose of weaving the collusion story to harm Trump’s election chances and then the start of his presidency.

“These parties acted as ‘joint venturer[s]’ and therefore should be ‘considered as co-conspirator[s],'” he wrote.

Durham also revealed he has unearthed a text message showing Hillary Clinton campaign lawyer Michael Sussmann falsely told the FBI he was not working on behalf of any client when he delivered now-discredited anti-Trump research in the lead-up to the 2016 election. In fact, he was working for the Clinton campaign and another client, prosecutors say.

The existence of the text message between Sussmann and then-FBI General Counsel James Baker was revealed in a court filing late Monday night by Durham’s team. Prosecutors said they intend to show Sussmann gave a false story to the FBI but then told the truth about working on behalf of the Clinton campaign when he later testified to Congress. 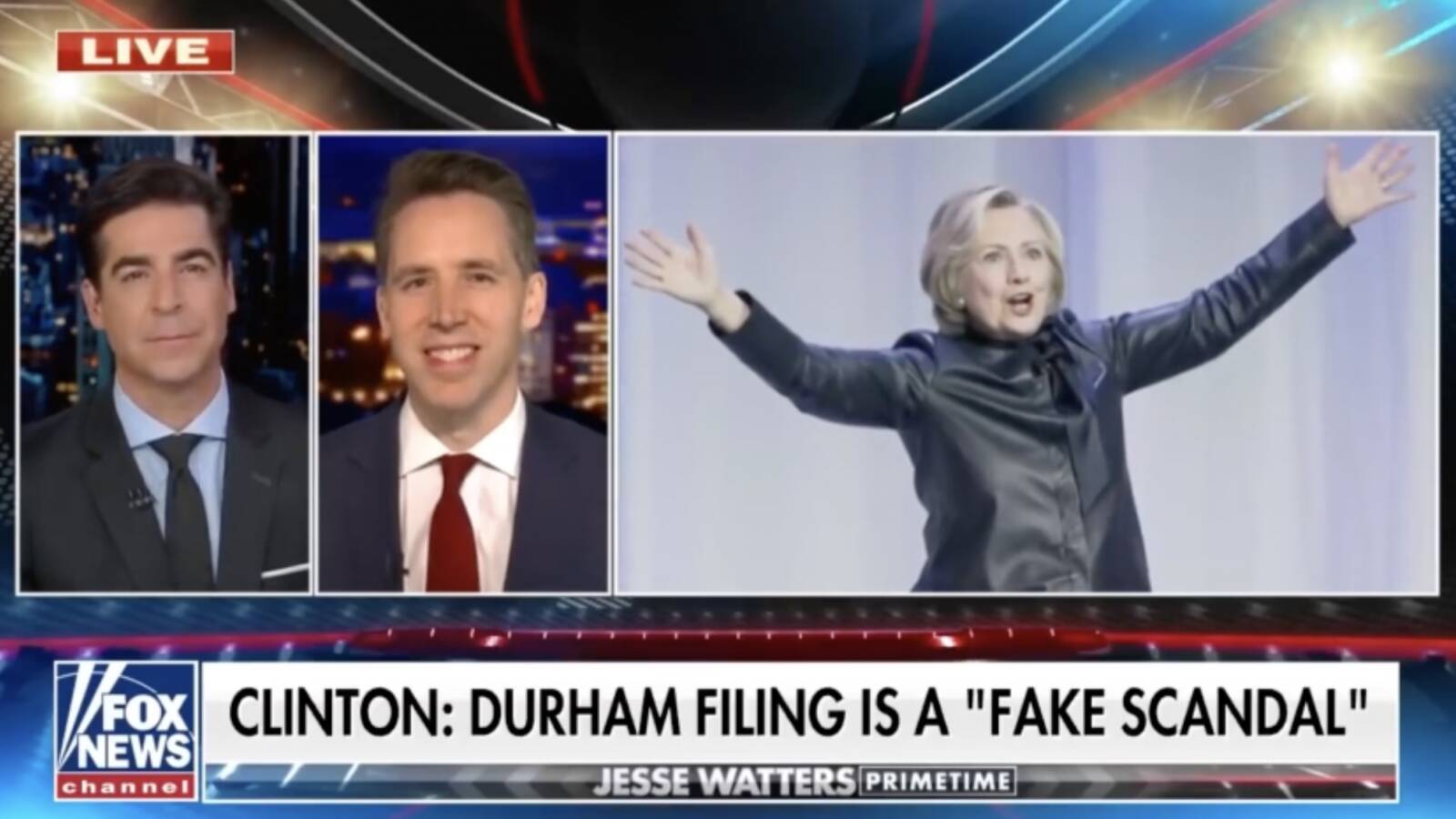