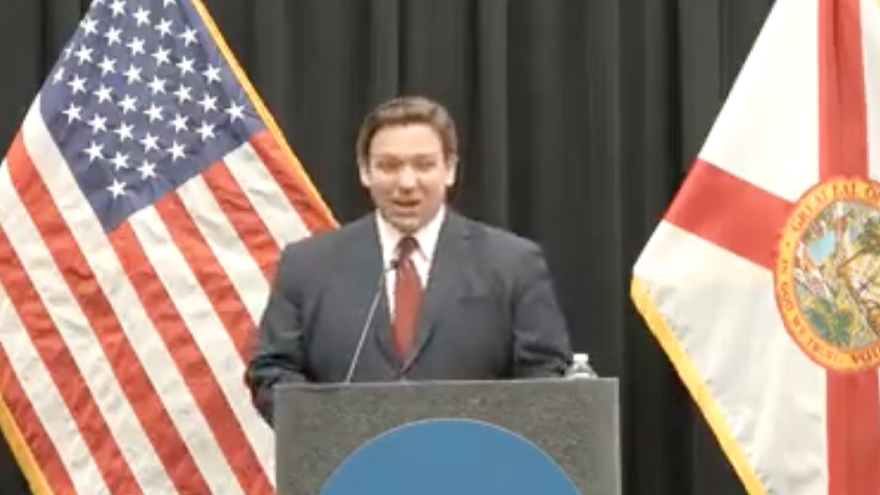 Florida Governor Ron DeSantis called-out Democrats nationwide for their disastrous election performance Tuesday night; saying Republicans probably would have won the Governor’s race in New Jersey but all the conservatives “moved to Florida” during the pandemic.

“Honestly, we would have probably won the New Jersey governor’s race, but all the Republicans moved to Florida from New Jersey because they get so frustrated,” said DeSantis.

During an interview with actress Gina Carano, popular podcaster and host of The Joe Rogan Experience Joe Rogan praised Florida Governor Ron DeSantis and gave his two cents on DeSantis 2024. “I think Ron DeSantis would work as a good president. I think, I mean, what he’s done for Florida has been admirable,” Rogan said. …

Florida Governor Ron DeSantis has signed a bill to protect religious institutions from emergency lockdowns; “I don’t think the government has the authority to close a church,” DeSantis says. From Newsmax… DeSantis on Friday signed SB 254, which states that an emergency order may not directly or indirectly prohibit religious services or activities unless the government …