In case it’s not clear —Ron DeSantis isn’t messing around.

During a recent press conference update on Hurricane Ian, Florida Governor Ron DeSantis spoke out about the four looters who were captured in the aftermath of the historic hurricane.

“We’ve had four looters that were arrested … and they need to be brought to justice,” DeSantis said.

“But you know, three of the four are illegal aliens,” he said, adding “and so these are people that are foreigners, they’re illegally in our country — and not only that, they tried to loot and ransack in the aftermath of a natural disaster.”

“I mean, they should be prosecuted, but they need to be sent back to their home country. They should not be here at all,” he said.

“If I could, I would take those three looters, I would drag them out by the collars and I would send them back to where they came from,” he again said to applause later during the briefing. 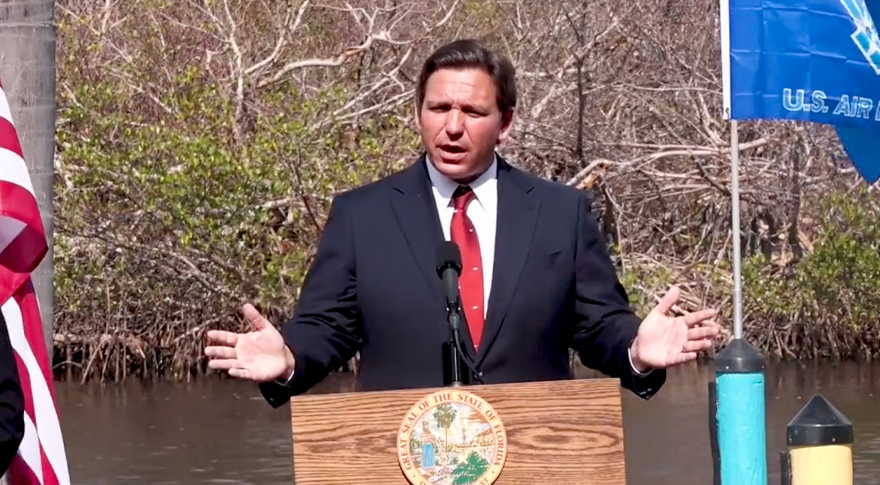