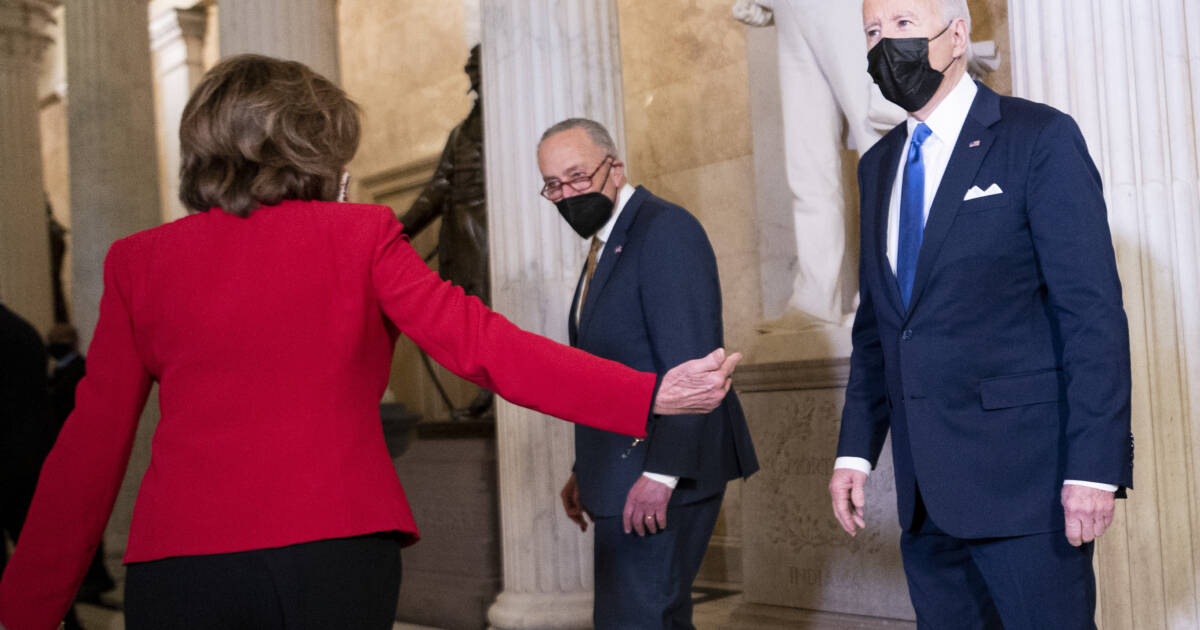 After a week of disastrous debates and horrible headlines, polls are showing GOP underdogs catching up to Democrat opponents and GOP shoo-ins pulling away by double digits.

The red wave is just off shore.

Now, Democrats are in panic mode, attempting to save tight races all over the country.

Democrats on Wednesday pumped at least $6.3 million worth of advertising investments into a trio of congressional districts in New York and New Jersey, where President Biden won by at least eight percentage points.

First lady Jill Biden spent the afternoon in Rhode Island trying to help save a Democrat running in a district her husband carried by nearly 14 points. The president is headed to the deep-blue Empire State on Thursday, where the Democratic governor is scrambling to avoid an upset in a closer-than-expected race that has put Democrats down the ballot in greater danger.

And in Pennsylvania, Democrats were trying to move past a shaky Tuesday debate performance by John Fetterman, who is recovering from a stroke. One former party official relayed hearing from people who wondered why Fetterman agreed to debate during his recovery. The U.S. Senate nominee’s once comfortable polling lead has shrunk in a race that party leaders have long seen as their best opportunity to flip a red Senate seat and take a step closer to preserving their narrow majority in the chamber.

“I think they’re flailing. They’ve never really had a plan. It seems like they don’t have any focus,” said the National Republican Congressional Committee’s chairman, Rep. Tom Emmer (R-Minn.), speaking of Democrats. “As we look across the country, we just have a ton of opportunities.”