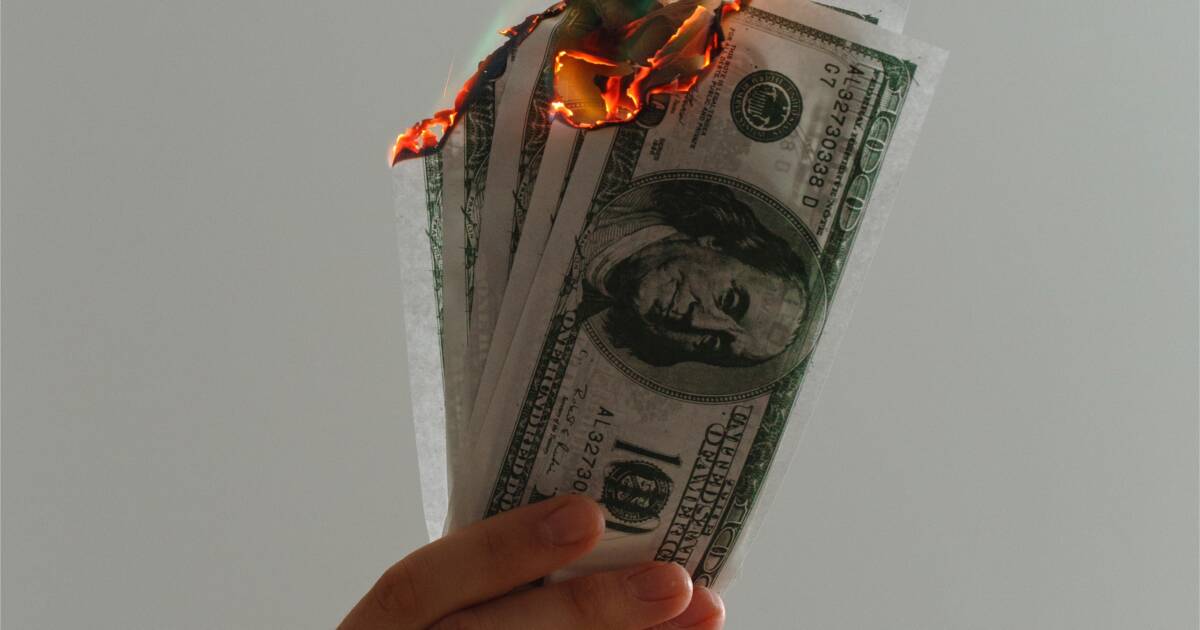 President Joe Biden’s giant spending spree has spawned a really terrible idea, and it looks like it’s going to survive negotiations with the less leftist Democrats. Speaker Nancy Pelosi said Sunday on CNN, “We probably will have a wealth tax.” Specifically, she’s talking about a tax on unrealized capital gains—the value of things that have not yet been converted into money—on the staggeringly rich.

“I wouldn’t call that a wealth tax, but it would help get at capital gains,” Treasury Secretary Janet Yellen said. She added that unrealized gains make up an “extraordinarily large part of the incomes of the wealthiest individuals and right now escape taxation until they’re realized.” With full respect to Yellen, what she said is not true.

The value of unrealized gains is not a way to “escape taxation.” It’s simply the value of things at any given time, which, until those things are sold, are not income, unless you pretzel the definition of “income” to include non-fungible goods, like houses, land, and securities. Now, wealthy people do in fact use their wealth to generate cash, by borrowing against the value of those things. The interest on complex financial instruments available to the super-rich is less than the opportunity cost of selling an appreciating asset, so in fact the rich do make money on unrealized gains, but indirectly through debt.

That doesn’t mean the same principles don’t apply to the average American homeowner. If the real estate market is red hot, and you bought your house for $200,000 twenty years ago, and it’s now worth $500,000, you can borrow against the increased appraised value of your home. People do it all the time. In Atlanta, a house can appreciate 10 to 20 percent in a year, which is enough to refinance equity on a low down payment and eliminate private mortgage insurance. This means a homeowner could generate $20,000 in spending cash (tax free) and still have a lower mortgage payment without spending a dime of their own cash or selling the house. Scale this up by a few hundred million, and you’ve got the billionaire tax scenario.

According to the Wall Street Journal, the “Wyden tax,” named for Sen. Ron Wyden, who came up with this dying duck of an idea,

…capital gains would be taxed annually based on how much assets have gained in value. Now, by contrast, gains are taxed only when assets are sold and at a top rate of 23.8% instead of 37% for ordinary income.

“It would be a huge change,” said Lily Batchelder, who was a tax-policy aide to President Obama. “It would be a really big shift in our income-tax system.”

Of course, there are logistical questions. What happens when assets which have already been taxed lose value? Does the taxpayer get a deduction or a credit? How do assets pledged or encumbered as debt collateral get taxed?

There are also unintended consequences, which I could go on about at book chapter length. If assets are taxed by their gain, the super rich will act to insulate themselves from those gains, while preserving the value of the assets. For people who hire lawyers by the bushel, this will not be difficult to do. Capital will flow in exotic and unknown directions. Consulting markets will pop up offering tax shelters for appreciating assets. Offshore havens will compete for American capital. Companies like Tesla Motors, with trillion dollar valuations, will suddenly act against shareholder interests to protect their billionaire backers.

The largest American companies, which are also the most valuable companies in the world, will suddenly find themselves steered into apparent poverty, while their fabulously wealthy board members shelter their wealth from the tax man, and the 401Ks, pension funds, and IRAs of the hoi polloi like you and me take the loss. How do you like them apples?

Getting into the weeds, to apply an income tax to something that isn’t obviously income, Democratic lawmakers will have to redefine the word itself. The New York Times reported:

The Wyden plan would require the very wealthy — those with over $1 billion in assets or three straight years of income over $100 million — to pay taxes based on unrealized gains. At that tier of wealth, the logic goes, the usual considerations arguing against a so-called “mark-to-market” capital gains tax don’t apply. Those are sophisticated taxpayers with access to loans or other source of liquidity, for example, who hold assets that for the most part can reasonably be valued annually.

The law will have to thread a constitutional needle, defining the wealth of the wealthy as “income” but not for everyone else. The Constitution is as clear as mud when it comes to categorizing taxes, and how to define  “direct taxes” which must be apportioned. The 16th Amendment gives the federal government power to tax income “from whatever source derived” without apportionment. Defining the ultra wealthy “mark to market” value gains of securities as “income” but not the gains on land and other hard assets, or also including the securities of those who fall below the wealth threshold is going to attract legal attacks like a bucket of chum in shark-infested waters.

The problem here is that the Supreme Court, where any case like this will likely head at supersonic speed, might yield to the government’s definition, depending on who argues, and how the case is argued. The Wall Street Journal did a bit of its own parsing.

If the Court rules that the Wyden tax is not a wealth tax, but more like an excise tax on market access for the wealthy, this will open up a rich (pun intended) vein of tax revenue for Congress, which both parties will not be able to resist mining. Once the door is open for Washington to tax assets based on their illiquid market values, the threshold of who can be taxed will be an irresistible temptation to ratchet down, and down, and down, until everyone’s unrealized capital gains get taxed.

This is an idea so bad that even France abandoned it.

Tell me, when has Washington ever found a tax it didn’t expand, twist, grow, and loophole into an unrecognizable mass of lawyer-friendly, lobbyist-inspired pork? This last bastion of wealth accumulation, the unrealized gains tax, once raped, will find itself forced into permanent prostitution, with Congress as its pimp.

If the Wyden tax passes, the Supreme Court would be wise to kill it quickly. However, the Roberts court is more likely to protect its own turf than to correct Congressional mistakes (unless it’s Obamacare).

Then again, if the tax passes without a single Republican vote, and finds its way into the pockets of billionaires, Republican candidates can use the outrage and fear it generates for us regular folk as a campaign issue. They get a freebie because they can campaign on it without admitting they also like it.

What’s best for the nation, is that this terrible idea never makes it into law. If it does, the Supreme Court needs to kill it. If they don’t, we are all on the road to hard times.