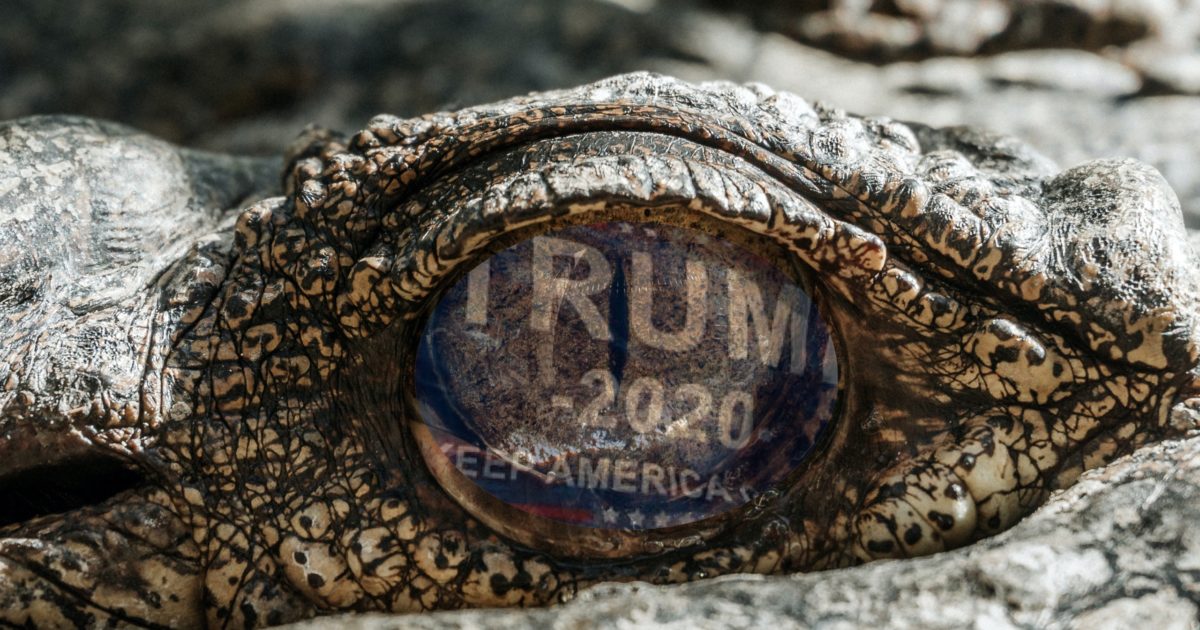 It was wise of Democrats to let Amy Coney Barrett become a Supreme Court Justice, an event which happened almost soundlessly. Yes, it’s a reason for conservatives to celebrate, but not necessarily a reason for them to vote for Donald Trump–at least that’s what Democrats are telling themselves.

Everything Joe Biden’s campaign is doing in the last furlongs of this race is carefully calculated to throw a muted, wet blanket over the incendiary lust Trump’s most ardent supporters are looking to ignite among potential voters. The cultural and political bullies on the left know when they need to just shut up and keep their heads down.

Biden’s performance at the debate, the response to the Hunter Biden story, the soft opposition to Barrett, and the headlining of coronavirus are all part of Democrats’ own Get Out The Vote effort. Most Democrats who plan to vote have probably already voted. Now the plan is to keep Trumpzilla from materializing on November 3.

Lines at polling places are likely to be long. Who will decide to wait three or four hours to cast a vote, versus going home and eating some warm food? Team Biden isn’t going to do anything that might rock the boat and cause the monster to rise up against them. Democrats can’t take any chances that 2016 might happen all over again.

Outwardly steely-eyed, Biden’s camp, including the friendly media, is scared to death of Trumpzilla.

What’s happening in the media and pundit space is the opposite of 2016. The pollsters have baked in the “Trump effect” to the degree they know how. They’ve gamed the scenarios, accounted for drift, debates, and October surprises, and Biden still has enough points to easily win in the most likely outcomes–far beyond where Hillary Clinton was in the swing states. They are not making fatal errors like Clinton’s team made in Wisconsin and Michigan. Yet, the Biden-loving reporters who cover the race, along with Democrat pundits and other variety Never Trumpers can’t relax or breathe easy.

Standing at the ready, an army of Trumpers is out there parading through the south and the rust belt, almost invisible to the media’s cameras, spreading doubt in the veracity of the polls; the “shy voters” might show up on Election Day and spoil what the polls say will be a Biden landslide. To the degree that Trump’s GOTV efforts will succeed, the race will tighten, and we know that polls lag by up to seven days. We’re eight days from the election, in the zone where polling is nearly useless as a predictor, and early voting data counts for very little in forecasting an outcome.

Monday, instead of staying home, the Bidens were out in force, in Georgia, a state that should be solidly in Trump’s corner, but has turned into a battleground, because Democrats followed the field general Stacey Abrams plan to turn the state blue.

We will know if their efforts will be rewarded soon.

Suffice to say, if Trump loses Georgia, or Texas for that matter, it’s over.

On election night, we’ll know if it’s over pretty quickly. And that’s just a week away.

In 2016, by 8 p.m., both Trump and Clinton had eight states called in their favor. By 9 p.m., Trump opened up a lead of 16 states to 9, and never looked back. At midnight, Decision Desk HQ chief Brandon Finnigan had determined there weren’t enough uncounted votes in Pennsylvania for Clinton to win, and he called the state (and the race) for Trump. It took the AP two and a half more hours to make that call, and Clinton called Trump at 2:40 a.m. to concede, after having John Podesta shoo her subdued victory crowd out of the Javits Center.

This election, we should know if Georgia is called for Biden by 10 p.m. If Georgia goes to Biden, in all likelihood, the race is over. We should know if North Carolina, or Texas go to Biden by 11 p.m. Quick calls in these states will signal the end, and a probably Biden landslide. At least it will be over quickly for Trump supporters.

Conversely, if Georgia isn’t called at all, if Texas goes to Trump, if North Carolina is too close to call, and we’re down to Wisconsin, Michigan and Pennsylvania by midnight, we’ve got ourselves a close race.

Florida is a must-win for Trump. If Biden’s lead there is eaten up by disaffected Hispanics, including the large Cuban population put off by Biden’s socialist flirtations, expect no call or “too close to call.” A quick call on Florida by 11 p.m. for Trump is a good sign that the Trumpzilla has materialized.

However, there won’t be a scenario (apart from a deus ex machina miracle) where a quick call on the race, declaring Trump a winner, will happen by the end of Election Night coverage. It just won’t happen.

A close race will go on, and on, and on, and consume the news cycle, likely for weeks. This is because federal and state judges have intervened in key battleground states like Pennsylvania, Wisconsin, and Georgia, forcing election officials to abandon long held rules on counting and accepting absentee ballots by mail, and go with new procedures with barely dry ink (if they’re written at all), requiring checks of postmark dates where there was never a provision or procedure to do so, and striking the requirement for voter signature checks.

We won’t know how many ballots there are to be counted, never mind the final tabulation, for at least a week in these battleground states. If they are relevant to the outcome of the race, we’re going to have Florida’s 2000 “hanging chad” mess, except many multiples worse.

This is the scenario that has Democrats worried. They are worried that Election Day voters will show up en masse for Trump, and the Trumpzilla will overwhelm the advantage Democrats had in early and mail-in voting. They are worried that Republicans might have better mail-in response than they previously calculated or measured. They are scared to death that the race will take days and weeks to resolve, and during that time, President Trump will use his bully pulpit to whip up every possible conspiracy, tainting the race as “rigged.”

And when the results are finally tabulated, it might still be too close to call, with thousands of ballots stuck in limbo, and even requiring a Supreme Court ruling to unstick them. This has the Democrats terrified, and it’s the main reason Biden is out there in Georgia instead of safely in his basement in Wilmington.

At this point, don’t look to the polls if you want to know how the race is going to go. We’ll know soon enough, and if the polls are right, we won’t need to worry about weeks of uncertainty. If the polls are wrong, then the American people may have sent a poignant and crude message to the political and media elites who call themselves our betters.

Democrats have wisely decided to lay low. They are whistling with their heads down, afraid to summon Trumpzilla. It may rise up out of the murky rust belt river waters and Florida swamps anyway.