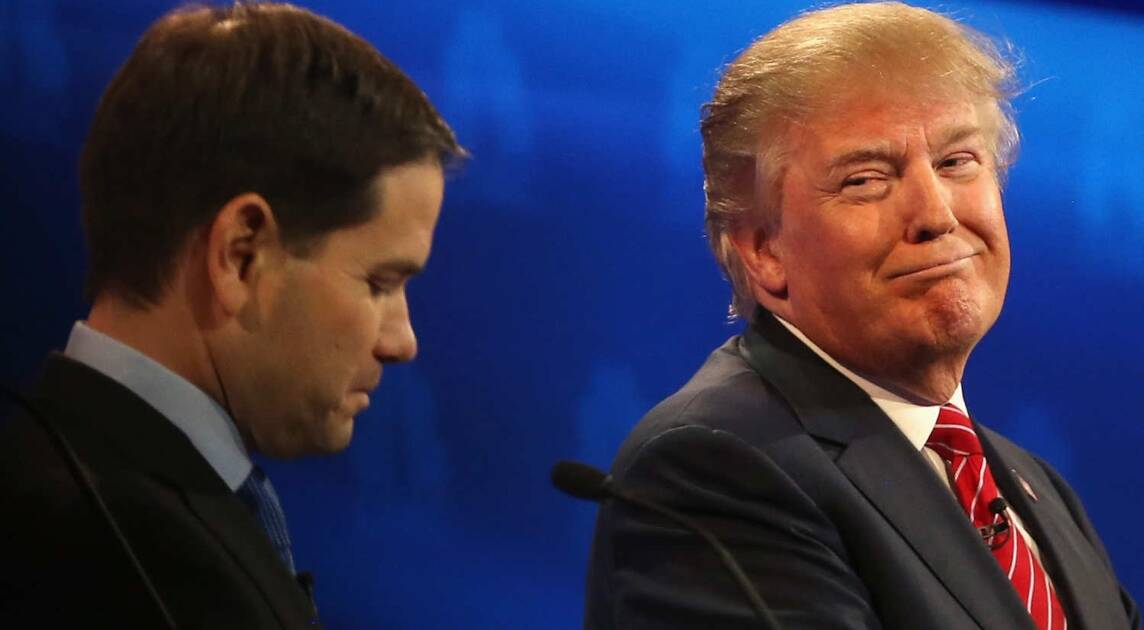 I’m not very good at Deja Vu. Explaining things twenty times to my middle school-age kids very effectively inoculates me to the feeling of “I’ve done this before.” But I definitely have the sense of living through this time before, politically-speaking. It was 2015, and everyone said Donald Trump, who repulsed everyone important in politics, became Jupiter, sucking all news into his orbit.

I warned on August 9th that I would not put it past Trump to have goaded the government into executing a search warrant, on purpose, knowing that it would turn up exactly what they were looking for (and not some January 6th “smoking gun”), and also that it would erupt a volcano of news coverage, swirling into his orbit.

“It’s early” is the standard disclaimer all pollsters and pundits must give when discussing hypothetical “if the election was held today” polls. But plainly, Donald Trump versus Joe Biden would be a very close race, and favorable to Trump, if the election was held today. Biden would trounce Gov. Ron DeSantis. No other Democrat candidate has emerged with even a moonshot of a chance against Trump, so if Trump runs, we’re looking at Biden against him for the Democrats, and no challenger in the GOP.

Biden’s approval numbers continue to flag, though they’ve improved a bit of late. The last time Biden’s approval numbers exceeded his disapproval was August 27, 2021. That was during the debacle in Afghanistan. Despite America’s short memory for bad news, Biden has not recovered. Of course, all of this could change. Biden could find himself in a crisis, holding a bullhorn and rallying Americans to great deeds. I tend not to put my money on extremely unlikely events.

It’s not too early to worry, because “if the election was held today,” when the news cycles for the next three months appear to be locked in, and the deepening political divide separating the sides appears to be a yawning, unbridgeable gulf, could very well be 2024 in a nutshell.

Look at the progression of the Mar-a-Lago search warrant. On August 10, I, along with a whole herd of pundits, called for Merrick Garland to release the text of the warrant. A few days later, he did. Trump’s team floated the idea of a Special Master to the DOJ; the DOJ refused to consider it. On August 12, I looked at various scenarios that others much smarter than me put forward, and the jeopardy the FBI put upon the government. Even the smallest whiff of bad faith would be enough to spoil a real effort to corner Trump.

Trump’s team wanted the DOJ to release the search warrant affidavit. The federal magistrate who signed the search warrant agreed. The affidavit, though heavily redacted, was basically what I thought it would be. It’s pretty much what I’d expect to see if Trump had gone through the basement room at Mar-a-Lago in early June, decided to give a big middle finger to the U.S. government, and dared them to μολὼν λαβέ – “come and take them.”

In this light, it makes perfect sense when The Hill reported Trump was talking to Tom Fitton, the ultra-MAGA head of Judicial Watch, regarding the 15 boxes of records the National Archives was asking for earlier in the year. Fitton is just the kind of person to advise Trump to hoist the middle finger to the FBI, asserting that ex-presidents hold on to all kinds of stuff, and work with NARA as they pen their memoirs, or run political consultancies and think tanks.

Ex-presidents even continue to get classified national security briefings, serving as advisors to their successors in the very small club of “leaders of the free world.” President Biden, early in his presidency, took the extraordinary step of denying those briefings to Trump. Granted, extraordinary steps were required because of the extraordinarily bad actions Trump took in the last year of his presidency. But still, Trump has been treated in a way that no other ex-POTUS has been treated. He knows this and plays it to the hilt.

So there would be no quarter offered to Trump regarding boxes of stuff, no matter if it was the most sensitive, world-altering information, or if it was birthday dinner menus and the original clemency order for Roger Stone. If it was government property, and bore classification markings, it was going to be pursued by the authorities. Trump played his game with NARA and the FBI and they came and got the boxes.

This is going to play out that Trump will push his request for a Special Master, and call the FBI’s “taint team” a bunch of partisan hacks. He already had the FBI return his passports that were part of the haul, which embarrassed the agency since the media circled the wagons denying they were taken and had to reverse course.

U.S. District Court Judge Aileen Cannon said she’s got “preliminary intent” to appoint a Special Master to oversee the Trump evidence. Judge Cannon will hold a hearing on Thursday on the matter; the government has a Tuesday deadline to publicly respond to Trump’s motion, as well as submit a receipt for all the property seized in the search of Mar-a-Lago. Trump’s team then has a day to reply to the government’s response.

The government has played this out by its own book, with a particular bias that Trump has already, or intends to, commit heinous acts up to and including treason, using the material stored at Mar-a-Lago. Trump’s version is that he has boxes of “stuff” that’s “mine.” Unless the government can show—and support with court-admissible evidence—that there was some reason beyond a dispute with NARA, violations of laws governing presidential records, and mishandling classified materials, the political play here is pretty obvious.

We’re seeing Deja Vu of 2015 and 2016, where the government had all kinds of evidence of Trump’s complicity with Russia and Russian assets, and some associates of Trump ended up eventually serving time in jail. Meanwhile, Trump’s political power grew and coalesced.

This entire chapter in MAGA history could have (should have!) been titled “Epilogue: The Decline of Trump’s Influence.” But now it could be “Trump Barrels into 2024 Fueled by Fresh Political Persecution.” The government didn’t keep its powder dry and then deal with the problem—Biden’s team and Merrick Garland panicked and shot too quickly. A cynical take on this (which I’m glad to provide) is that Trump knew they couldn’t resist, and let the “raid” happen—in fact, he may have goaded the government into doing it by letting the FBI examine the “storage room” while hanging his lawyers out to dry.

What the DOJ lawyers keep missing, I think, is that Trump has little to no respect for lawyers and uses them like so much toilet paper. He doesn’t care if his lawyers get disbarred, or lie to the FBI, or serve time. As long as Trump’s political goals are served, it’s just one more chump getting what chumps get. The whole Mar-a-Lago thing is nothing more than a political distraction to keep Trump in the news, and to keep his base, and their media boiler-rooms, fired up.

The real action will probably be in Fulton County, Georgia, where Trump has retained serious legal representation to fight what could be a very damaging criminal case of election interference. In order to apply pressure to Fulton DA Fani Willis, Trump will need a victory over the folks in Washington, D.C. who seek his head on a pike.

The appointment of a Special Master, the miring down of the (really, open and shut) case of violating the Presidential Records Act and various laws governing the handling of classified material, and the political dividends of those will aid in his first salvo against Willis. I wouldn’t be surprised if that was in the form of a lawsuit against Willis to disqualify her from continuing to run her special grand jury, based on a ruling in late July barring Willis from investigating 16 “fake electors” which includes state senator Burt Jones, after she held a fundraiser for Jones’ Democratic opponent.

If Willis’ political activity was enough for a judge to disqualify her from investigating Jones and the other alleged “fake electors,” Trump’s obvious play is to expand that to the entire case, using the same logic in his motion for a Special Master in the Mar-a-Lago case.

The political and legal cases, to Trump, are inseparable, and like all publicity hounds, whether the news about him is positive or negative, all publicity is good, because he can use it to declare himself a “winner,” or alternatively, a persecuted victim. The harder the government goes after him using the “Al Capone” strategy (get him on a small case to put him away), the more weight they give to the political angle.

In conclusion, yes, Democrats should worry. It’s early, but short of Trump behind bars in the next 12 months, or Biden’s elevation to hero status, there’s little on the horizon that will significantly alter the election dynamic in 2024. I suppose if Democrats thunder a blue wave this November, things could change, but that’s really not supported by polling. At best, it’s divided, and some Trumpist GOP candidates could lose, but many others can win. The more that win in November, the more political power Trump gains.

The more political power Trump gains, the more spooked, alarmed, and panicked the Democrats become, along with a giant chunk of the federal civil service professional corps. The more panicked the top political appointees in law enforcement, and local DAs like Fani Willis or Alvin Bragg and his prosecutors in New York who got Trump Organization former CFO Allen Weisselberg to plead guilty to 15 counts including tax fraud, the more they will rush and fall into these kinds of publicity traps. (Weisselberg’s lax sentence is in exchange for his testimony against his former boss.)

It’s early, for sure, and yes, anything can happen, but these legal proceedings serve to lock in place the news for the next six to twelve months, and that limits what can really happen. Based on what is happening, and how Trump is playing this game, Democrats should be worried.