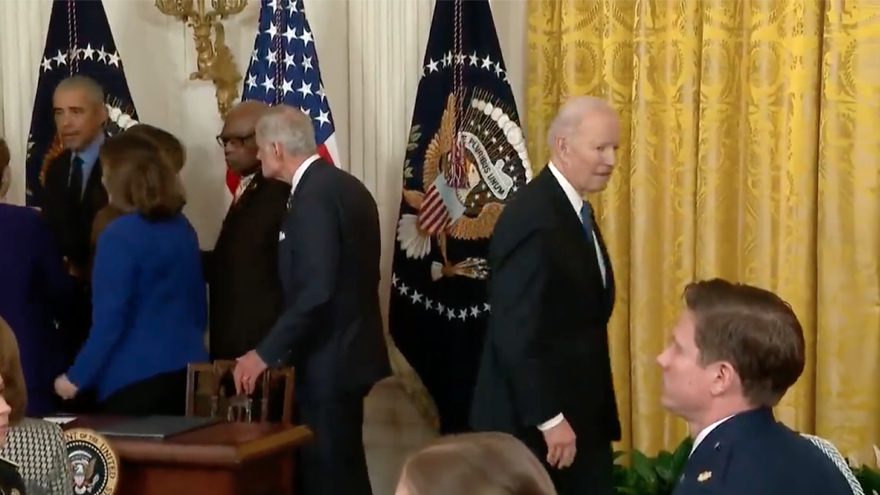 A bewildered Joe Biden shuffled around a room at the White House Tuesday after signing legislation, with one writer on social media claiming the President “has no idea where he is.”

The moment occurred after former President Barack Obama referred to Joe as the “Vice President.”

“Coming back, even if I have to wear a tie, which i very rarely do these days, give me a chance to visit with some of the incredible people who serve this White House and who serve this country every single day,” explained Obama.

Watch the bizarre moment above.