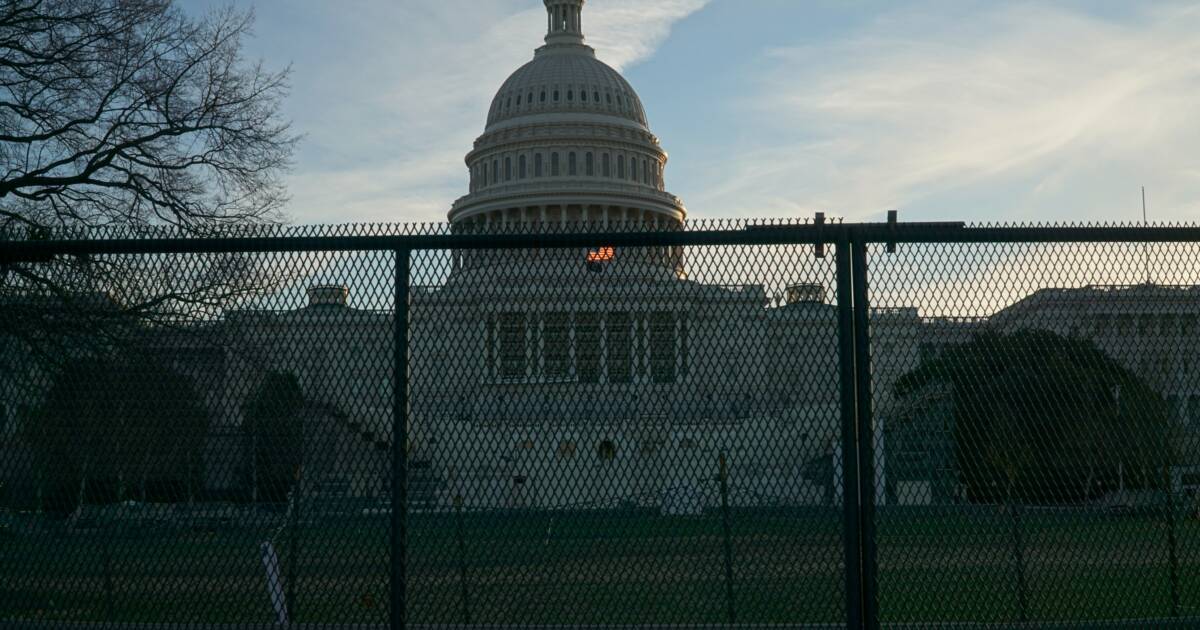 Gov. Ron DeSantis last month signed a bill to create a special police force to investigate voter fraud. In 2020, Trump won Florida by 371,686 votes. Yet the Stolen Election wing of the GOP wants to root out fraud. In Georgia, the legislature rejected a special police force, but Gov. Brian Kemp signed legislation giving the GBI authority to investigate election irregularities without permission from the attorney general, or an order from a judge. Kemp is persona non-grata and a traitor in Trump circles because there weren’t enough hispanic voters in Georgia to give him the state.

On January 6th, 2021, Ashli Babbitt and Rosanne Boyland, both self-described patriots dedicated to “stopping the steal,” died as a direct result* of the attacks on the Capitol. Benjamin Philips, who ran a website called Trumparoo, and Kevin Greeson, both died of natural causes at the protest. (*The D.C. medical examiner ruled that Boyland died of an accidental overdose, but she was crushed in the surge of people.)

Two Capitol Police officers committed suicide within days of the riot. Two more killed themselves six months later. Suicides are not considered deaths “in the line of duty” and therefore those officers’ families are not entitled to additional benefits.

Trump lawyer Sidney Powell, in her defense against a giant defamation suit by Dominion Voting Systems, claimed that “no reasonable person would conclude that the statements were truly statements of fact.” That means claims that Dominion was hacked and therefore Georgia’s results were suspect were not to be taken seriously. As early as December 4, 2020, a month after the election Dominion’s CEO appeared to take these claims very seriously, penning an op-ed published in the Savannah Morning News.

The January 6th committee in the House is thinking about calling Mike Pence, or Trump himself. They are poring over texts to and from Mike Meadows, which also leaked texts by the wife of sitting Supreme Court Justice Clarence Thomas. Thomas has it easy on the Court right now compared to Justice Alito, Chief Justice Roberts and Justice Kavanaugh.

Alito has moved himself and his family to an undisclosed location. Robert and Kananaugh have protesters showing up at their homes. Violent acts and organized protests are being tossed around on Twitter. The sanctity of the Supreme Court’s private deliberations has been badly breached.

Democrats, including President Joe Biden, have focused on all the appendages of abortion—slippery slopes of lost freedoms—without actually addressing the same violence that could emerge that caused the deaths from January 6th, which they continue to investigate.

They are using the abortion and “conservative court” argument to galvanize their own election hopes, which promises to be a drubbing in the midterms. They are playing a dangerous game.

Republicans who continue to run on flirtatious “stolen election” themes are propagating a dangerous fantasy. The conspiracy required to so thoroughly debunk Trump’s claims, yet maintain that they’re true, just being suppressed, is so wholly incompatible with human nature, as to make Sidney Powell’s claims appear true. If 27 Republican state attorney generals, and 23 states with GOP governors and legislative majorities cannot uncover this conspiracy, as the old joke goes, it must go even higher than God.

Meanwhile, in the real world, these fantasy issues are not as important as the entertainment grandstand of politicians and their attendant news sycophants say they are. There will be abortion after Roe is overturned. Elections are, in general, very secure in America. In fact, it’s Republicans who might need a special investigation to deal with ballot harvesting. There is no Kraken, but people died believing there is.

Gov. Brian Kemp will likely win the Republican nomination in Georgia. He won’t win it because of stolen election claims. He will win it because he recognized that the economy is more important to Georgia citizens than continuing grandstanding mask and vaccine mandates. Of course, it’s important to put COVID in the rear-view mirror, but many politicians made hay of fear and virtue signaling. Georgia ran a surplus of several billion dollars last year, and is giving $250 or $500 back to every taxpayer. That will buy some votes, but not in the bribery sense—having the money and giving it back is the sign of a sound grasp of economic sanity.

In Virginia, Gov. Glenn Youngkin won because he recognized that teaching white guilt in schools, and removing all testing incentives for access to gifted programs was harming large ethnic groups (not whites) who valued good education. Pursuing a perfect demographic representation to make the numbers look “right” at the expense of people who pay for the schools sunk Democrats, and imperious school boards who arrogantly thought they could impose whatever they want turned off voters who normally choose Democrats at the polls.

It wasn’t wrong for Gov. DeSantis to sign a law giving recourse to parents whose young children are being sexualized in early primary school. It might not happen often, but it should not happen, ever. If you look at the Libs of TikTok Twitter account, it’s obvious that “never” is not the standard Democrats use. Yet the leftist media and Disney employees did their level best to cast this law as “don’t say gay,” and to ruin the purveyor of that Twitter account.

Democrats are pretending as if the economy will just recover on its own. The government itself disagrees. “Our updated forecast includes an expectation of a modest recession in the latter half of 2023 as we see a contraction in economic activity as the most likely path to meet the Federal Reserve’s inflation objective given the current rate of wage growth and inflation.” That’s from Fannie Mae.

The Bureau of Labor Statistics said:

The annual inflation rate in the US accelerated to 8.5% in March of 2022, the highest since December of 1981 from 7.9% in February and compared with market forecasts of 8.4%. Energy prices increased 32%, namely gasoline (48%) and fuel oil (70.1%) as Russia’s invasion of Ukraine pushed crude oil prices higher. Also, food prices jumped 8.8%, the most since May 1981. Also, inflation accelerated for shelter (5% vs 4.7% in February) and new vehicles (12.5% vs 12.4%) but eased for used cars and trucks (35.3% vs 41.2%). Excluding volatile energy and food categories, the CPI rose 6.5%, the most in 40 years but slightly below forecasts of 6.6%. Many analysts expect that March will mark the peak in inflation although the war in Ukraine is far from over, supply chain bottlenecks persist and consumer demand remains elevated which is likely to weigh on the CPI for longer.

The Biden administration wants to eliminate our reliance on fossil fuels. I just bought an EV in February, after three years of research and driving a hybrid. I was told that a used Kia EV6 with about the mileage I have on mine sells for at least $5,000 more than I paid for mine. That’s used. The new ones are going for between $10-18,000 more than sticker. Who can afford an EV unless you’ve saved up and are willing to pay for it? I ordered mine last June and waited, which is the only reason I got a reasonable price, though it’s still expensive.

Gas prices are going to remain relatively high, though they may start to ratchet down a bit. Food prices are going to remain high because of transportation costs and supply chain issues. Everything from paper to wood to steel is going to be more expensive, which means construction, housing, rent, and retail is going to cost more. People care about this, voters care, but the Biden administration and Democrats pretend as if everything is fine. They throw Sen. Joe Manchin under the bus for speaking reality. We do not need a full court press for green right now. We need economic sanity so we can work towards green. Nobody wants to pollute the environment, but it’s amusing to watch environmentalists battle solar energy companies in Wareham, Mass. because solar pollutes.

Both sides of this political, never-ending election season are running in Fantasy Island. In 2021, people died for a fantasy, and Republicans are still kissing the ring of the guy who started it. Democrats won’t stop kissing the rings of their own fantasy issues. They’ll continue to pursue their own fantasy island election issues until somebody dies. Neither side is playing a winning game right now.

If I could root for both sides to lose in November, I would. A few sane, useful politicians are the ones to support. I can start a short list of governors and senators, like Chris Sununu, Brian Kemp, Jared Polis (yes, a Democrat), Joe Manchin, and Krysten Sinema. I’m good with Mitt Romney, and as much as I disagree with Mitch McConnell, he’s a genius at keeping the Senate from blowing to pieces. There might be more, but the vast majority of the rest of them can take a hike, as far as I’m concerned. The lot of them is going to get innocent people killed.

They are all playing a very dangerous game of Fantasy Island.