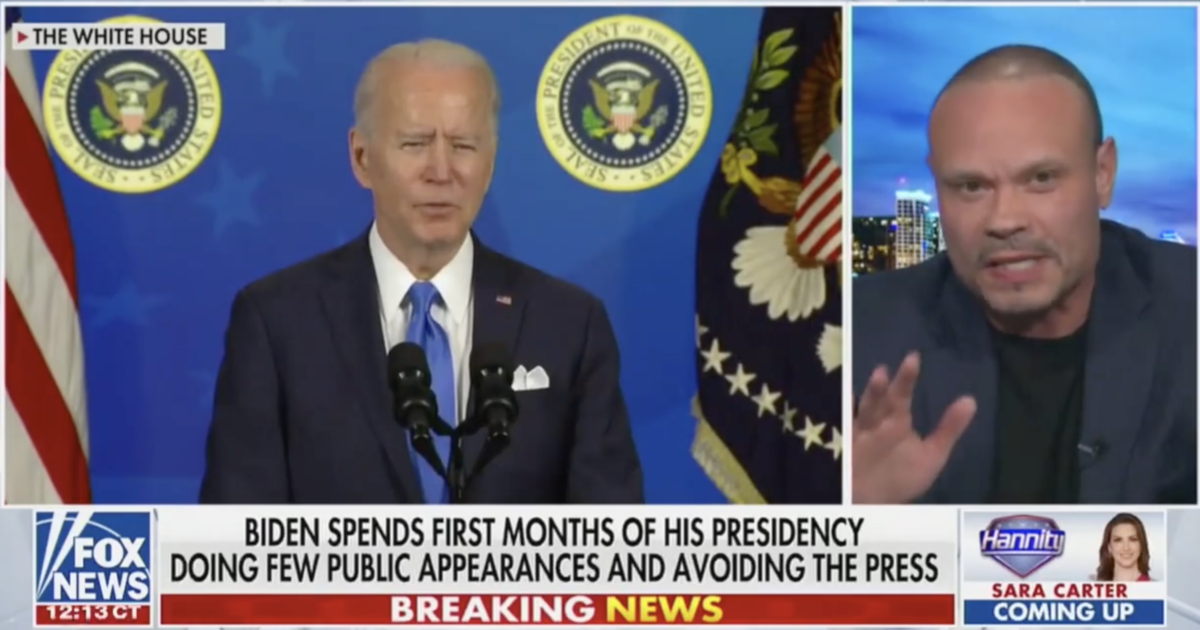 The podcast host went on to point out that Biden has scheduled very few “off the record” movements compared to his predecessors, leading to his schedule being highly scripted. Biden has yet to hold a solo press conference as president and has faced heavy criticism for what critics allege is “hiding.”

“They need everything scripted all the time,” Bongino added. “God forbid he goes off-script or gets asked a question. He doesn’t have the capacity to answer it, or they don’t trust him to.”

Hannity later said it’s “painful to see” Biden struggle like he is as an American citizen.

“This is the president of the United States of America here, but it’s also nuclear codes, this is the leader of the free world,” he said. “I’m hoping it’s nothing.”

Watch the full video below: