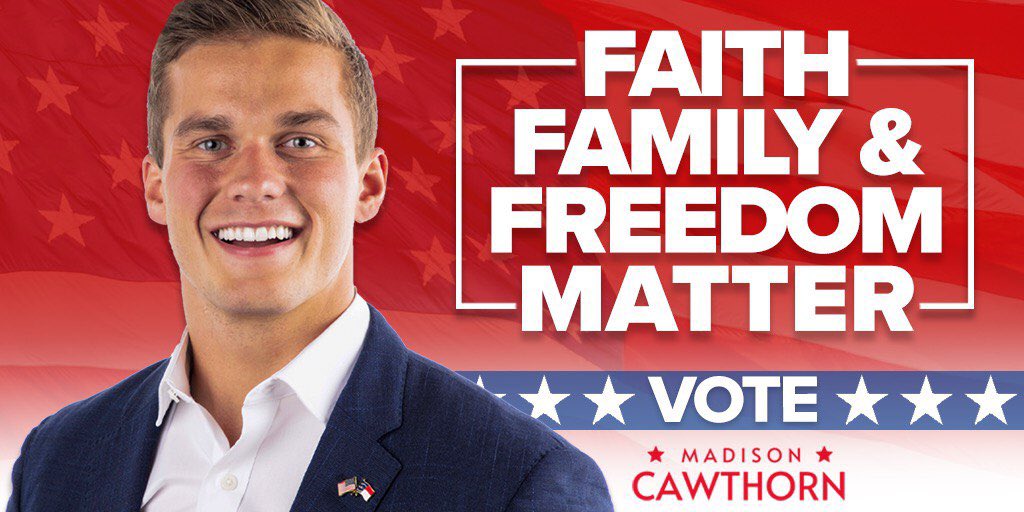 Madison Cawthorn is a name you’ll hear a lot more in the near future. The 25-year-old made a memorable appearance at the Republican National Convention, standing from his wheelchair, not letting the accident that put him there stop him.

Now Cawthorn has won a seat in the House of Representatives, in the 11th district of North Carolina. He did it decisively, by double digits (leading by 12 points as of 10 p.m.).

Others recognized a hero when they saw one.

Cawthorn will be the youngest Member of Congress since 1921, according to Wikipedia. Upon taking office, he will replace Alexandria Ocasio-Cortez as the current youngest serving member in the House. The young staffers getting coffee for him will probably be older than him.

And the liberals are, indeed, crying over it. Cool.