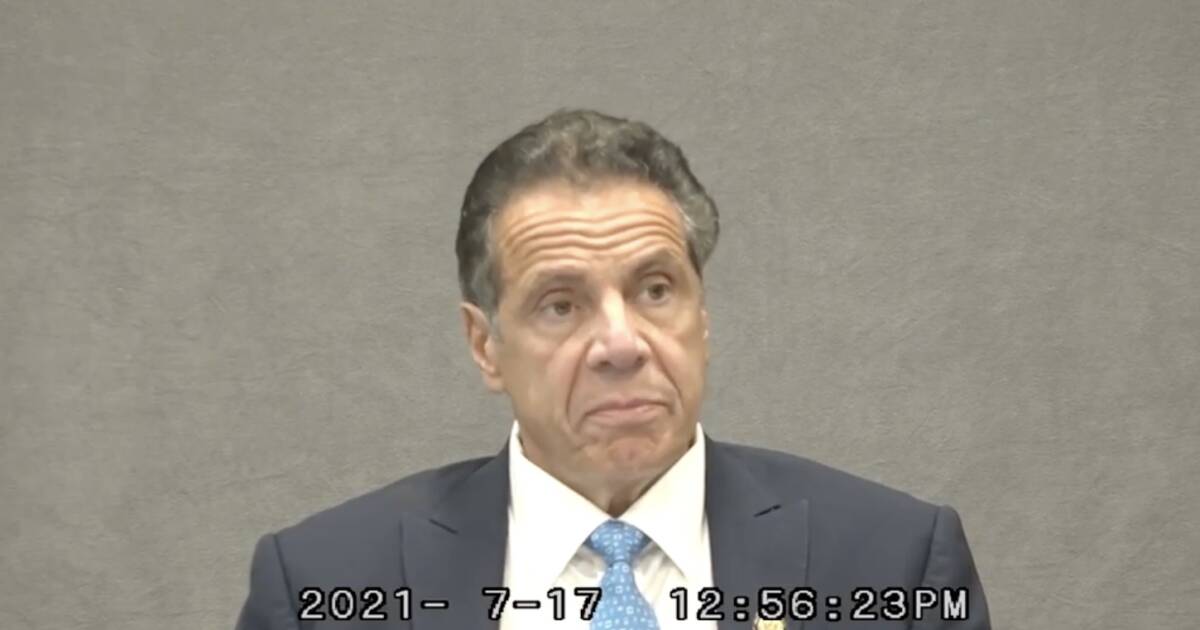 Video of former Governor Andrew Cuomo’s sexual harassment probe testimony has surfaced – and, boy it’s not doing him any favors.

According to the New York Post, “During more than six hours of video released Monday, Cuomo was apparently amused by an investigator quoting his own lecherous comment from a transcript of what he said to a PPE-clad Dr. Elizabeth Dufort as she administered a COVID-19 test during a live May 2020 press conference.”

“You say, ‘You make that gown look good,’” says Joon Kim, a former federal prosecutor hired by state Attorney General Letitia James to handle the probe, as Cuomo, while looking down at papers, starts to smile,” the Post adds.

“After momentarily assuming a poker face, Cuomo reverted to a half-smirk.”