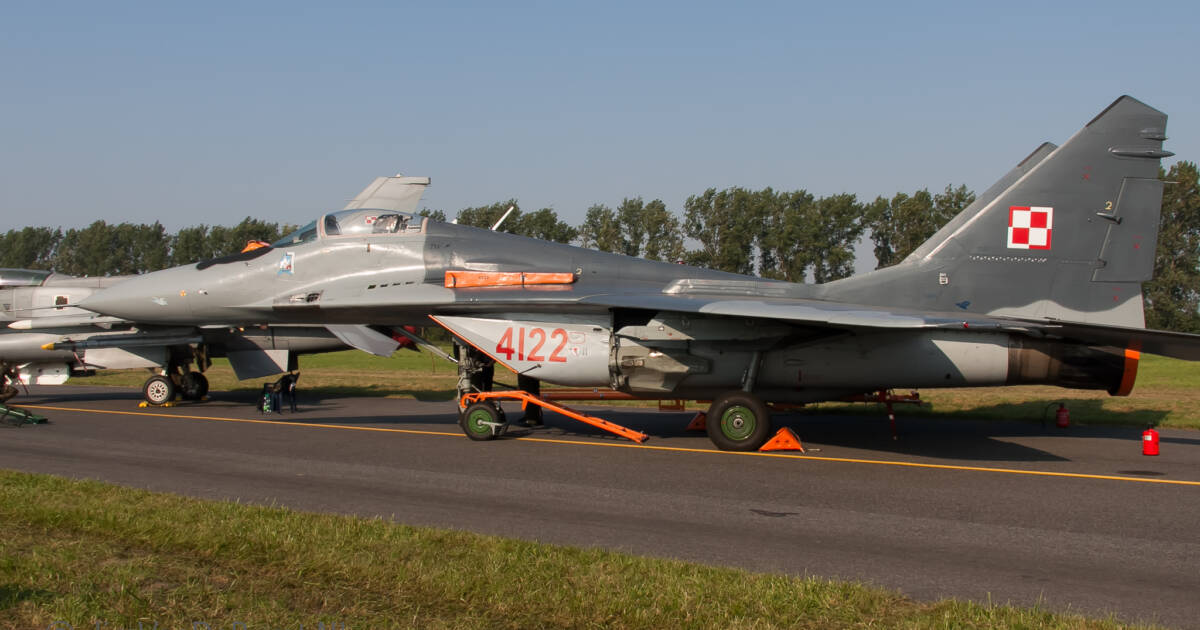 Ukrainian air force pilots will be flying Poland’s MIG-29 jets. Or not.

The Republic of Poland’s Ministry of Foreign Affairs issued a short statement worth repeating here in full.

The authorities of the Republic of Poland, after consultations between the President and the Government, are ready to deploy – immediately and free of charge – all their MIG-29 jets to the Ramstein Air Base and place them at the disposal of the Government of the United States of America.

At the same time, Poland requests the United States to provide us with used aircraft with corresponding operational capabilities. Poland is ready to immediately establish the conditions of purchase of the planes.

The Polish Government also requests other NATO Allies – owners of MIG-29 jets – to act in the same vein.

To which the United States, spoken for by the Pentagon, responded, “no.”

“The prospect of fighter jets ‘at the disposal of the Government of the United States of America’ departing from a U.S./NATO base in Germany to fly into airspace that is contested with Russia over Ukraine raises serious concerns for the entire NATO alliance,” Kirby said.

It appears that the government of Poland believes that Ukraine could benefit from jets its pilots are trained to fly, and has made those jets completely available. It also appears that either Poland did this without talking to the U.S. first (how likely is that?) or did it despite being told by the U.S. it’s not going to fly.

Perhaps this is a bit of passive aggressive theater. From Vladimir Putin’s chair (at the end of a very long table), whether the U.S. balks or not, this could be used as a provocation, or at least for propaganda purposes. It also shows the world exactly who’s boss, and that would not be the United States or President Joe Biden. Biden is reacting like he is walking on eggshells not to provoke Mr. Putin, who is calling all the shots in his war. This gives Putin the initiative in tactical, strategic, and political terms.

By having a rather public disagreement on the provision of fighter jets to Ukraine, NATO has signaled to the world that we are indeed not really on the same page, merely the same chapter. We cannot pretend that Putin will not use this to further his own aims and weaken the global alliance now determined to punish Russia.

This also signals that Biden, if he’s to be the engineer of the West’s response to Putin’s destruction of Ukraine, is running the train from the caboose. Germany led on Russian gas, killing the Nord Stream 2 pipeline after Biden—knowing Putin’s intentions and indeed the exact orders given to his military commanders—merely threatened to cancel it after rolling back sanctions in May, 2021.

It’s like Biden has taken Teddy Roosevelt’s “speak softly and carry a big stick,” and twisted it to “speak weakly, carry a big carrot, and let others have a stick.” Biden’s Russia policy, right up until the tanks crossed into Ukraine, has been heavy on carrots and light on sticks.

I give Biden a lot of credit for exposing Putin’s ruses and pretexts, which allowed the West to take the moral authority of the high road and shun Russia, punishing their economy and trade. The problem here is that those punishments take a long time to reach the man in the Kremlin, who is going to be well-fed, and supplied with his every need. Maybe the plan (if there is one?) is for the oligarchs, the new Boyars, to be so harmed that they rise up against their Tsar. But the Tsar still controls the army, and the security apparatus of the state—e.g. the FSB, GUSP, SVR, FSO, G.U. (formerly the GRU). Expecting some revolution out of the clouds when the grim men and women who are conditioned to do the “wet work” for their boss is a lot of wish-casting.

In starker terms: Those Russians who oppose Putin tend to end up dead. It matters not whether those people enjoy money, privileges, or the support of glitterati in the West. I fully expect any pushback from politicians or oligarchs will be met with the same solution Putin has used throughout his rule of Russia.

President Biden has now announced that the U.S. will forgo Russian oil. He announced this eight days after Shell and BP backed out of Russia, selling their shares of Russian-state (Putin)-owned Rosneft and Gazprom. Shipping giant Maersk refuses to carry Russian oil exports after current contracts expire. The U.S. hasn’t taken any Russian oil for a few weeks, and now Biden the caboose went along for the ride that the train has already traveled.

At least 124 companies have, so far, canceled Russia, according to a Kiplinger report. These include McDonalds, Coca Cola, Apple, Netflix, MasterCard and Visa, Dell Technologies, PayPal, Oracle, Siemens, Toyota, Volkswagen and Disney. Surely this list will only grow, and surely Vladimir Putin, who is in all but title the Tsar, could not care less.

Putin also doesn’t care the the U.S., which only relies on Russian oil for three percent of our consumption, bans Russian energy products. These measures will hurt the West more than it hurts Putin, who can produce what he needs (for now, and for the purpose of taking Ukraine) internally, and with trade from China’s enormous economy, which has not implemented any sanctions.

To replace Russian oil, the U.S. will now be forced to deal with countries like Venezuela. The evidence of this oil diplomacy is Venezuela has released two detained Americans. It’s important that the U.S. have other sources of oil, because the rest of the world is much more dependent on Russian energy. Our prices will rise—and remain elevated—as long as the world is vying for less oil, and U.S. production is not drastically increased.

But Biden has not pledged to drastically increase U.S. oil production. As Erick Erickson noted this morning, oil is a commodity priced by futures. Today’s price at the pump is a reflection of future contracts in the coming months. Decisions today affect futures prices, and Biden has not signaled that companies should look to America for their supply.

If President Biden committed to tapping our oil reserves and expanding domestic energy production, oil markets would respond rapidly, just as they did in 2008.

Instead, even now, his administration dogmatically demands Americans switch to electric vehicles and get off fossil fuels. His administration continually, daily signals that they will put the fossil fuel industry out of business. They thereby disincentivize investments in oil and gas, driving up costs on the American people.

Decline is a choice and it is one Joe Biden’s Administration is making on the backs of the American middle class. Their Marie Antoinette moment of “let them have EVs” is going to provoke a backlash.

They can blame Vladimir Putin all they want. Banning imports of Russian oil was the right thing to do — but it should responsibly be done by expanding American energy production, not relying on Venezuela, Iran, and Saudi Arabia.

As for Saudi Arabia, Biden’s snub of Saudi Crown Prince Mohammed bin Salman over the death of journalist Jamal Khashoggi. It wasn’t just the snub, but the release of a classified intelligence report that the Harvard Gazette presaged “Biden may regret” which prompted both Crown Prince Salman and U.A.E.’s Sheikh Mohammed bin Zayed al Nahyan to decline Biden’s calls regarding Ukraine and oil.

America is going to have to go this oil route, pressured by green anti-fossil fuel progressives, alone. This means gas prices at the pump will not be coming down anytime soon, and Putin is in the catbird seat to keep the pressure on us. Sure, they won’t have Big Macs and iPhones in St. Petersburg, but we will be paying $5.00 a gallon for a long time.

Who will win this war of attrition? Putin is betting on himself, because he sees a train of the West heading for a derailment. Nobody is driving that train right now. It’s running on pure momentum. Biden’s failure to set a coherent and consistent policy with other NATO allies about the use and provision of weapons on Ukraine is the opening Putin may use to open up a crack in the unified response. It seems likely he’ll at least try.

Even if you think what’s going on in Ukraine isn’t really America’s issue to lead on, the rest of the West thinks it is. As long as Biden leads from the caboose, the train of Ukraine’s survival, and keeping Putin from taking his next victim, is in danger of going off the rails. Even if you don’t care about that train, the gas pumps say you will need to care.