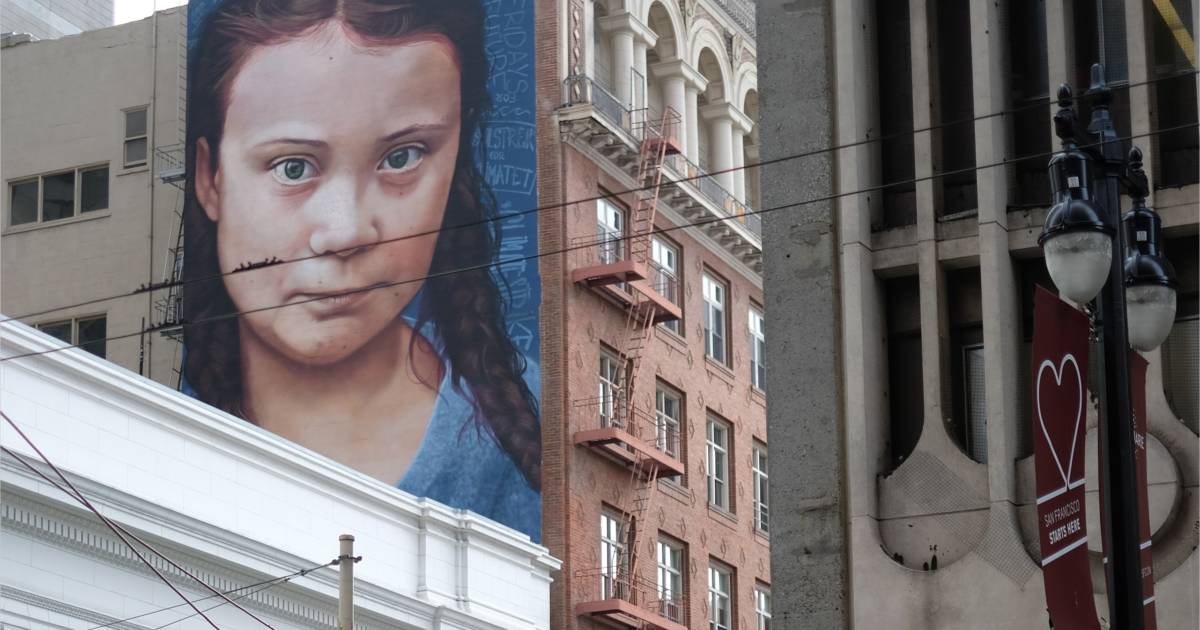 If you haven’t heard, the UN gaggle of global alarmists has produced another report of doom. The Intergovernmental Panel on Climate Change (IPCC)’s latest report rehashes the same data we’ve been seeing for decades, and somberly concludes that we haven’t done enough to stop the global temperature from rising 2.7 degrees Fahrenheit (0.39 degrees Celsius) by the dawn of the 22nd century. That’s 79 years from now, in case you’re counting.

First, let me concede that my opinion on human-caused global warming has matured over the years. Eight years ago, I wrote how the Climate Change Church fit all the definitions of a cult, and that their ultimate goal was to grab political power in a global moral equivalent of war, and keep that going for the indefinite future (granted, this opinion hasn’t really changed). I was also terribly skeptical of the charts, graphs, projections and formulas used to predict our impending climate eschatology. However, after a lot of study and open-minded critical thought, I’m now equally convinced that the basic science is undeniable: Earth is warming, and humans pump some 51 billion tons of greenhouse gases into our atmosphere every year, contributing to the problem in very concrete ways.

We do need to find a way to deal with this problem before it causes some very negative effects, like changing the salinity and chemistry of the oceans, sinking coastal cities, altering global weather patterns, creating deserts in places once filled with lush vegetation, causing massive droughts, floods, fires, famine, and livestock die-offs, and a whole bunch of plagueswe haven’t thought of. The question is not “if,” given the evidence, it’s “when.” But “when” is, and remains, a very open question.

Would it surprise you to learn some of the best ideas come from—gasp!—Republicans?

I believe the technical folks behind the IPCC’s grim predictions have mostly good intentions, despite years of skepticism and accusations of faked “hockey stick” graphs. But they don’t know everything, and the leftist politicians elevating them to the status of data gods know that, yet continue without humility to worship the doom like an end-times religious cult. Take John Kerry for instance.

The basic problem—and you should read Bill Gates book “How to Avoid a Climate Disaster” as a really good primer on this—is that much of the technology to power the carbon neutral world, and to remove carbon from the atmosphere at any large scale, is either in its infancy, or it doesn’t exist at all in any form beyond a peer-reviewed academic paper.

Made worse, the solutions we do have are political footballs, invoking giant bouts of NIMBYism, unfounded fear, tree-hugging bat guano, and all kinds of political propaganda against nuclear power. The truth is that wind and solar, at large scale, don’t offer a whole lot as green, sustainable, renewable power, when you factor in the greenhouse gases released in manufacturing them, the land required to deploy them (and yes, I know wind can deploy in the sea, but not everywhere), the battery or kinetic storage to make up for the lack of continuous power generation, and the enormous costs of transporting power from where it’s generated to where it’s used.

By far, the best option to power the world is nuclear energy, but nuclear is the boogeyman for environmentalists, whose support is deemed vital by the liberal cabal who keeps the priesthood of Climate Change cloistered to itself, considering any non-leftist views to be heretical and beyond contempt.

But we have 70 years to deal with this before (they say) we die in a pile of slag. I know the doomsayers are telling you you’re going to die and earn hell today but that’s not even remotely true by the science they claim to follow.

Let’s engage a little perspective here. By even the most Armageddon-laden standards, we have about 50 to 70 years to calm down our dependence on pumping tens of billions of tons of carbon (not to mention methane and other gases) into the atmosphere. Either that, or we figure out a way to remove the gases from the atmosphere.

If we go back just 66 years, to 1955, we would be living in a world where cure for polio has just been found (never mind widely distributed), and room-size computers had one-ton magnetic disk storage, capable of less calculations than the most basic solar powered hand calculator can do. In 1958, the Boeing 707-120 had just been unveiled as the world’s first successful jet airliner, after the spectacular and deadly failure of the DeHavilland Comet put passenger jet travel in jeopardy. The first communications satellite was not launched until 1962, 59 years ago.

The driver of most of our massive technological progress over the last 70 years has been a combination of consumer demand, competition with economic and political rival nations, and wars. It’s been a decidedly capitalist century, even for self-identifying socialists and communists. But we’ve also been shown that when (American) governments try to manufacture wars, we tend to lose (see Vietnam, Afghanistan, Iraq), in the sense of the absence of public support and permanent, world-changing gains.

In a pluralistic and democratic society, the People cannot be forced to go to a moral equivalent of war, to make huge sacrifices, to stop eating cow meat, and to orient their lives and fortunes in service to a goal they don’t really support. And given that China, India, and the entire Third World attempting to raise itself out of poverty and subsistence living aren’t going to alter their plans based on American moralizing about Climate Change (except to take their turn in the Communion line where cash is served instead of crackers), we aren’t going to see zero emissions in the next two, three, or four decades, all other things being equal.

But all other things aren’t equal. As Bill Gates argues, there’s a “green premium” for technologies and solutions that can power us, and our lifestyles, without adding to the greenhouse gas load. As we make that “green premium” lower, and add wanted/desired features to those technologies to make them worth the price, then the People will want to buy them versus the current solutions.

We might come up with some way to remove massive amounts of carbon from the atmosphere, for example. I don’t know how. Maybe Elon Musk’s SpaceX can launch a hundred thousand rockets into low Earth orbit which can skim the atmosphere—I’m totally making this up—and start reducing the amount of CO2.

Arkansas Republican Rep. Bruce Westerman thinks planting a trillion new trees can sequester two-thirds of all the carbon we’ve put into the atmosphere since the Industrial Revolution. Of course, this is easier said than done.

“We’ve never said that this is the solution to the climate challenge,” says Justin Adams, the director of the Tropical Forest Alliance at the World Economic Forum. “But we’re saying that this is one of the critical transitions we need.” But doing it at the scale of a trillion trees will be—unsurprisingly—very challenging to pull off.

To plant a trillion new trees, that would require a land mass the size of the United States. I think “very challenging” is a tremendous understatement. But does that mean Rep. Westerman is crazy? No. Actually, I think he’s on the right track.

It’s going to take multiple approaches, not just one monolithic authoritarian dictatorship, to solve climate change. Planting trees, saving trees from harvesting, saving the rain forest, building nuclear plants (new designs that can’t melt down), judicious use of solar and wind power, converting many gas machines (and cars) to electric, and finding ways to construct large projects (like cement) without producing so much greenhouse gas.

Then these solutions will have to be adopted by other countries, like China, which produces more cement than the rest of the world combined. But other than going to war to force China to do things differently, how do we think that will work? We have to create demand, and no nation on Earth has been more successful in creating demand, and marketing goods than the good old United States of America.

“My biggest issue with the Paris Climate Agreement was that it was more performative than substantive. I would like to see far more targeted ambitions that are easier to hold folks to account for,” GOP Rep. Peter Meijer of Michigan told The Dispatch. “We can control—to some degree—our own carbon output and other emissions output, but you have to acknowledge the leading role that India and China are playing, and how those projections are only accelerating.”

The Paris accords were nothing but hot air. Greta Thunberg and the politicians heralding the IPCC report as the harbinger of doom are nothing but cow farts in human form. They have no motivational value beyond plastic yard signs proclaiming “Climate Action Now!”

With another IPCC report, the liberals who consider Climate Change their religion will continue to reject any solution, even solutions based on science if it comes from people who don’t share their political worldview. What they really wantis a utopia, with themselves in charge. Surely, everyone with good intentions deludes themselves that if only they ran things, they could solve everyone’s problems. Then they wonder why when “everyone” doesn’t agree with them.

Rather than deal with that honestly, progressives have fallen into a number of obvious alternatives: hysterical moralizing, in which those who do not concur with their agenda must be denounced as moral monsters, because there can be no honest disagreement; aggressive indoctrination, in which affirming various aspects of the climate fides as a precondition of participating in educational or business life, including the cynical ploy of indoctrinating children as a means to getting at their parents; “lying for justice”; and, of course, using the levers of the state to subvert inconvenient democratic realities.

Let’s be more honest: their “agenda” is not really solving climate change, any more than China wants to make cement without releasing great gobs of CO2 into the atmosphere. Their agenda is to make the world in their image, and then smuggle in conservative ideals like independence, entrepreneurship, and self-reliance to fill the gap of unknown technologies.

In the meantime, we’re going to see a whole lot more moral panic for the next few decades, but few real solutions from our liberal friends.