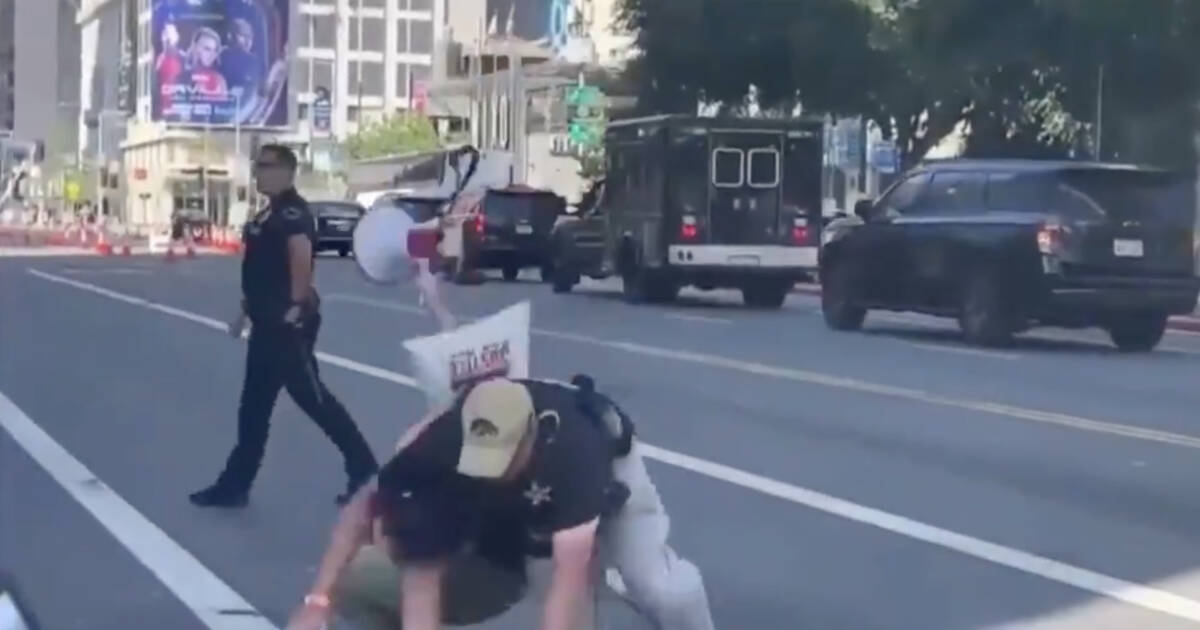 A pro-abortion protester with a bullhorn was tackled by Secret Service on Wednesday when she got a little too close to President Biden’s motorcade; Biden was in Los Angeles for the ninth Summit of the Americas.

According to Fox News, “The protester, who resisted officers during her arrest and ripped off the tackling officer’s hat and glasses, appeared to be advocating for abortion rights.”

“Get the f— off me!” she yelled. “An abortion ban will not stop abortions – only safe ones.”

The Secret Service released a statement on the incident.

“Shortly after 5 p.m., an adult female entered a restricted roadway along a motorcade route on Chick Hearn Ct in Los Angeles,” the statement said. “As the woman approached passing vehicles, a United States Secret Service agent swiftly removed her from the roadway and placed her into custody. There was no impact to the motorcade movement or our protectees. Our investigation into this incident is ongoing.”