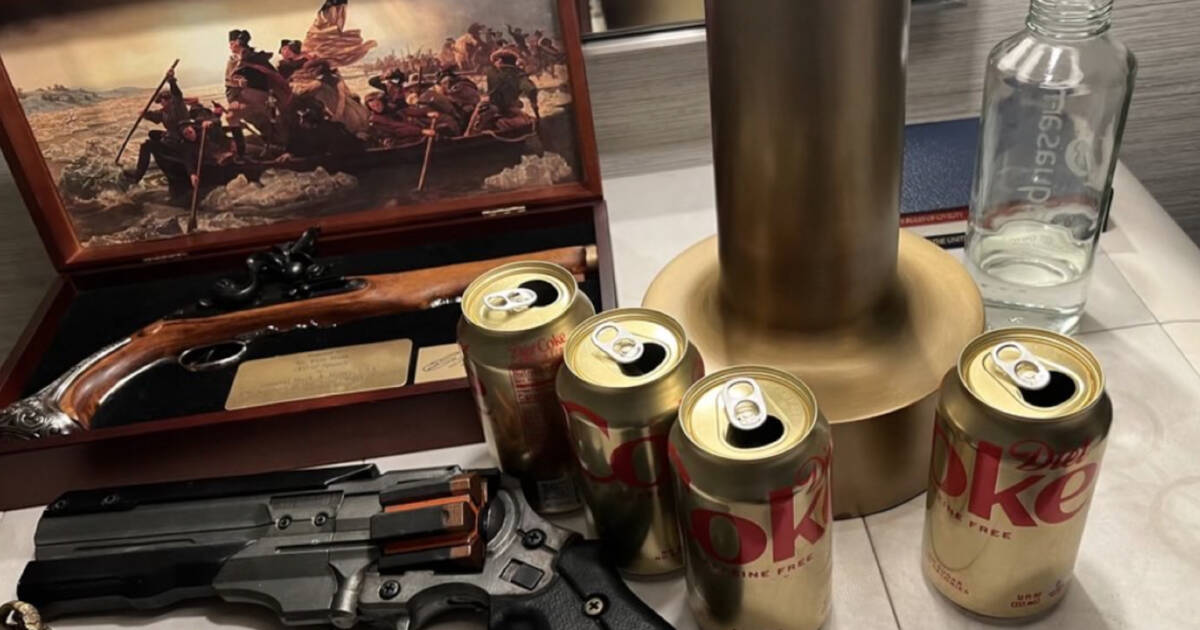 Billionaire Elon Musk gave Twitter users a peek into his private life Monday morning when he shared a picture of his bedside table; replica guns, historical documents, and way too many cans of Diet Caffeine-Free Coke can be seen in the picture.

To the right of the lamp and behind the water bottle appeared to be a tiny, three-book set of the Declaration of Independence, the US Constitution, and “George Washington’s Rules of Civility and Decent Behaviour in Company and Conversation,” published by Applewood Books.

Musk did not provide any other context for the post. It’s unclear if he took the photo or if the table actually belongs to him.

The 51-year-old has a long history of posting provocative tweets – a habit that has drawn increased scrutiny since Musk acquired the platform for $44 billion in October.

Musk has also been open about his views regarding gun ownership. Last May, the tech executive revealed to CNBC that he supports the Second Amendment, though “tight background checks” should be required for all purchases.

“I strongly believe that the right to bear arms is an important safeguard against potential tyranny of government. Historically, maintaining their power over the people is why those in power did not allow public ownership of guns,” Musk told the outlet.