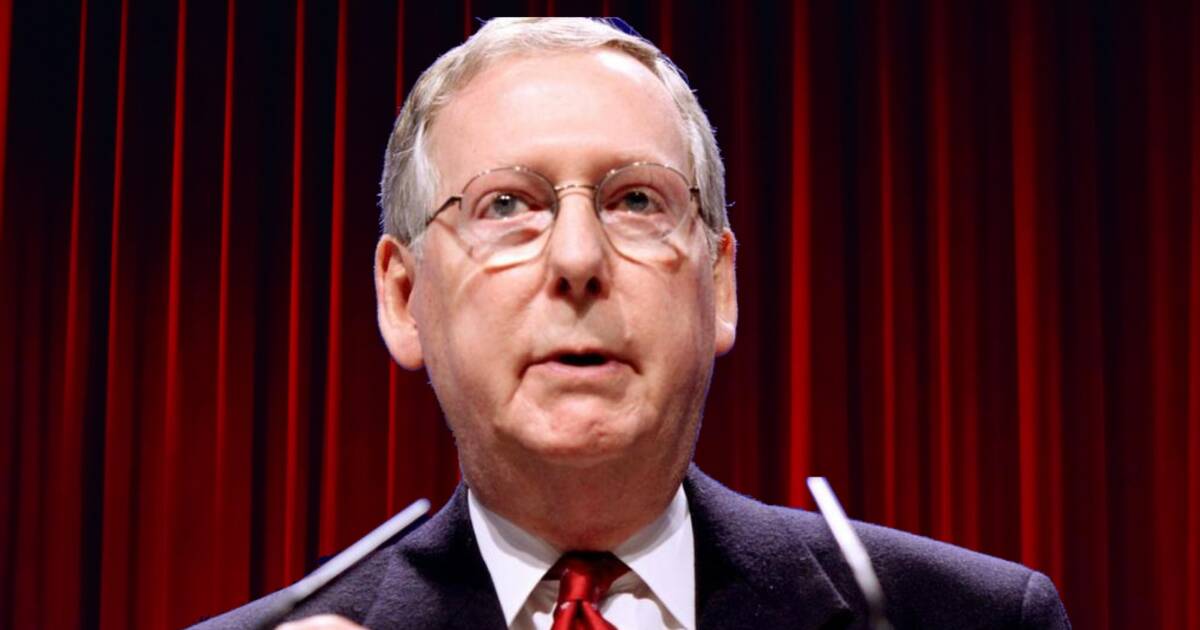 You can look a long time for a more savvy political operator than Senate Minority Leader Mitch McConnell, and you won’t find one. If you think Donald Trump engineered the Supreme Court conservative majority, you’re wrong. If you think the current red trickle was because of Trump’s misfiring on candidate picks, well you’d be kind of right, but McConnell had a role in the better ones winning and the worse ones losing.

If you want to blame someone for Donald Trump’s ability to run again in 2024, blame Mitch McConnell. It was McConnell who knew exactly what Trump was attempting on January 6th, 2021, and it was McConnell who backed off when he could have voted to convict. He played the political game to live to fight another day.

“I didn’t get to be leader by voting with five people in the conference,” McConnell told a friend, according to New York Times reporters Alex Burns and Jonathan Martin.

McConnell calculated he didn’t have enough votes in the Senate to convict Trump in his second impeachment, but he figured he’d have plenty of time to outlast the former guy. While Trump largely sat on his $100-plus million war chest, McConnell spent, mostly wisely.

Now Trump is going after McConnell, but the attacks are toothless rants.

Mitch McConnell, the Republicans Broken Down Senate Leader, does nothing about this. He’s too busy spending vast amounts of money on bad Senator Lisa [Murkowski] of Alaska, when Kelly [Tshibaka] is FAR better.

Trump still wants to play kingmaker in the Senate, and he wants his man, Kevin McCarthy, to be Speaker of the House. Arizona Rep. Andy Biggs wants to block McCarthy’s ascendance. “Nobody has 218,” Biggs warned, adding “and somebody is going to run tomorrow.”

I don’t think Trump can touch McConnell, at least not right this moment. While it’s possible that the MAGA patrol can “dump him in a stupid and chaotic coup,” as the editors of National Review wrote, it’s unlikely. And McConnell knows exactly what Trump’s up to.

Trump’s tantrums and deflections are designed to keep him in the news, and keep his hat just inside the 2024 ring enough to cast a pall on Department of Justice efforts to indict him for his heinous trashing of national security laws regarding the handling (theft) of highly classified material. The DOJ’s latest moves make it ever more likely (“a certainty” says Andrew McCarthy) that Trump will be the recipient of at least a few indictments.

There’s also the ongoing investigation and special grand jury in Fulton County, Georgia, where Democrat DA Fani Willis continues her march of Republicans compelled to testify. Remember, Trump has retained very expensive representation in Georgia, which is likely to be funded using his leadership PAC money.

Mitch McConnell wasn’t counting on being in the majority in the Senate. I’m sure he would have taken the win, but not at the cost of Trump gaining more power. However, McConnell is looking further ahead, pouring $2 million into the Georgia runoff between Sen. Raphael Warnock and Herschel Walker. Under a new agreement, Gov. Brian Kemp will loan his ground troops, data analytics, and phone banks to McConnell’s Senate Leadership Fund super PAC, thus tying two of Trump’s least favorite people to the candidate Trump persuaded to run. Should Walker win, to whom will he owe his allegiance?

McConnell’s long-term strategy is to outlast Trump, and to turn whatever is left of Trump’s political machine to his own plan, while purging those elements that have placed their loyalty to Trump over the country, and the party.

Getting rid of the conspiracy-flecked Trumpists and MAGA influencers is going to take a lot of losing, as voters sicken of the chaos. McConnell is just fine taking flak from both the MAGA and the never-Trump wings of his party, because both find him to be beneath contempt. The man who enabled Trump to appoint three Supreme Court justices, helped him survive an attempt to suborn the Constitutional transfer of power, and joined in campaigning for the worst of Trump’s picks to do it all over again, is playing Brutus as Trump pretends to be Caesar.

Trump is absolutely right to despise Mitch McConnell, but it’s McConnell who will still be standing in the Senate while Trump is sitting in the defendant’s dock. Good ol’ “Cocaine Mitch” has a very good shot at having his GOP cake, and eating it too.