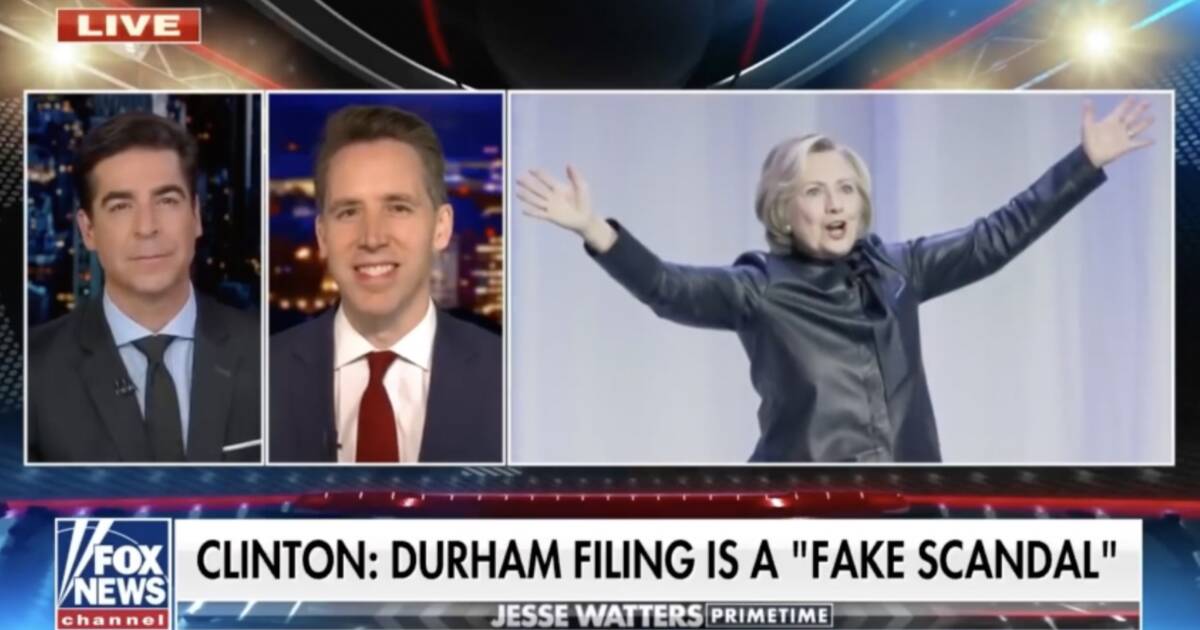 Missouri Senator Josh Hawley spoke with Fox News’ Jess Watters about the recent bombshell filings by special counsel John Durham. “I think what’s really happening here, Jesse, is it’s clear now there was collusion, after all in the 2016 campaign. And the collusion was between Hillary Clinton and some tech executives who did in fact spy on Donald Trump.”

“This is some crazy, crazy stuff.”

TRUMP: ‘Justice is Coming for Hillary’

Last month, even before the bombshell revelations of the recent John Durham filing, the TechnoMetrica Institute of Policy and Politics polled 1,308 Americans about the FBI’s probe into the 2016 election —and an alarmingly large amount of Dems are turning their focus on Clinton. “Nearly three out of four of those polled who are following …