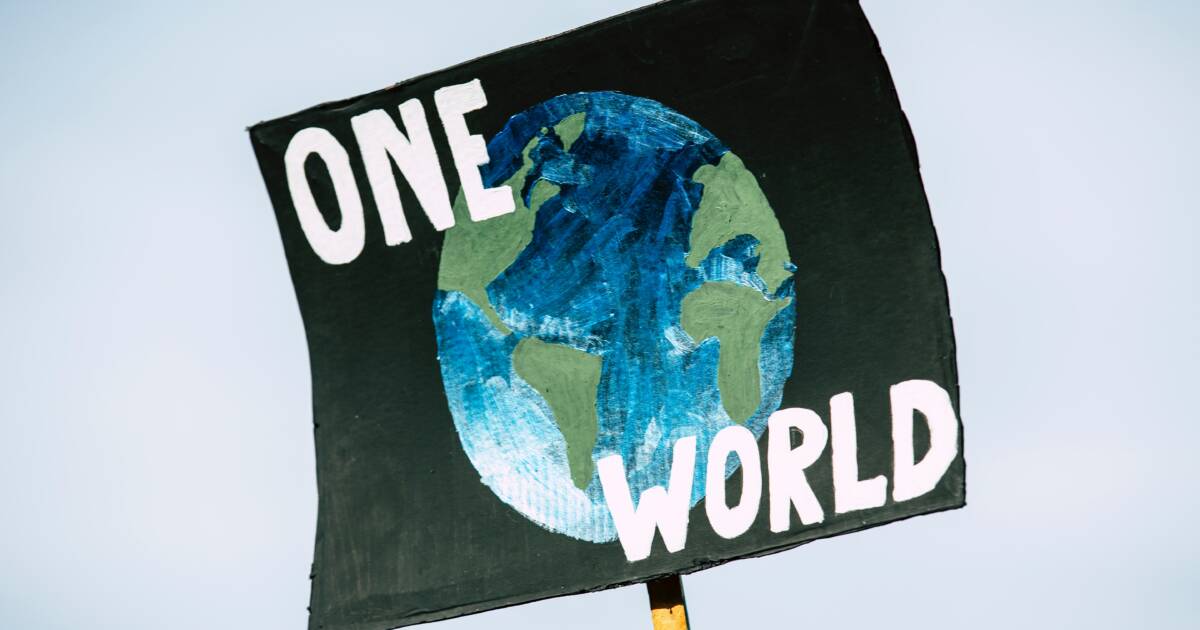 Anytime the glitterati gather in far-flung, exotic places—like Glasgow—to rub elbows and swap speeches, I know we’re about to hear the war chant of “BOHICA!” Bend over, here it comes again. And here we are again at the COP26 Climate Summit.

At the same venue, the force of President Joe Biden’s presence produced enough wind to barely sway the curtains. The leaders of the Free World wish to recapture the “magic” of Paris, but Paris is, and always was, a dead dream.

However, Joe Biden has done more to work toward the goals of the climate activists than Barack Obama was ever able to do. With the finish line in sight, Biden killed the Keystone XL pipeline in the first weeks of his term. At the same time, he blessed the Russian Nord Stream 2 pipeline, handing over America’s energy supremacy to Russia and the Saudis.

They say that higher gas prices will make Americans buy less gas. They have some vision of gasoline as tacos or MacBooks, where price elasticity rules. They think people will just walk or ride the bus to work. They think most of America that lives in suburbs and rural areas will decide to move to city cores and live there, so cars won’t be used so much, and builders will build energy efficient buildings, knocking down the ones they paid for without reaping a return on investment.

They say inflation is good for us, that dumping trillions of dollars into the economy will help fix inflation, because we’ve seen what it’s done in the last two years, right? People would rather not work if they can live with 98% income replacement from the government. Even as that ends, there’s still plenty of cash floating around in search of scarce goods.

They say we’re going to fix the planet, even though China runs on dirty coal, and has no intention of saving the planet in the next 20 years. Neither does India. They say America is going to lead, as we make nice with the Saudis, who are being set up as the spoilers of this year’s gaggle of liars.

They say we need clean energy, but they won’t consider nuclear power. They say we should live according to what Representative Sheila Jack Babauta of the Northern Mariana Islands said: “Our traditional knowledge can guide the way” out of “climate colonialism.” She said that in her introduction of Barack Obama. I’ve always said the climate change crowd is a religious group. As Kevin Williamson wryly noted, “This is the sort of thing that would be laughed at if we were talking about the ‘traditional knowledge’ of Quakers in Pennsylvania or Southern Methodists in Michigan.”

They say we need to accept a certain level of pain in order than the world can reverse the climate crisis. You know, I believe there is a problem, that we put 51 billion tons of CO2 into the atmosphere every year, and we should address that in a rational manner. By “we,” of course, I mean the human citizens of the world. And by “rational,” I mean understanding that not everyone is beginning the race at the same starting line, and not everyone has the same finish line in mind.

They say that clean wind, solar, geothermal, and tidal power can give us a renewable energy future. They purposely leave out the billions of tons of petroleum, concrete (an enormous carbon polluter), and steel it takes to build solar farms, wind turbines. They don’t talk about the rare earths and other materials that would be needed to store power in enormous batteries—natural resources that China largely controls. They don’t tell us that the new clean economy will play havoc with the world’s economic power structure. They don’t tell us that America’s labor, tariff, money and debt policies will work against us, but help our rivals.

If America stopped—100% quit—putting carbon into the atmosphere, it would not be enough to reverse the effects of climate change. But it would be enough to sink the world’s economy to the point where billions who are just beginning to emerge from abject poverty and subsistence farming would return to starvation, war, and disease, while Americans found we can no longer afford trillion dollar infrastructure boondoggles.

They say the world can work together to solve climate change. I say it will take a world war to make that happen, because regardless of what the poobahs, priests and prophets of doom in Glasgow say, people want to live better today, not sacrifice for some unknown gain in 50 years. Leaders of nations want to keep their power, and not be overthrown by revolution. The Saudi royal family doesn’t want to end up like so many “Arab spring” discards. The Russians (and Vladimir Putin) want to increase their power, footprint, and wealth. The Chinese Communist Party wants to replace America as the world’s superpower.

They say that we can all work together and put those goals down in service to planet-saving. They say that if America leads, the other nations will follow.

Do you believe any of it? Neither do I.