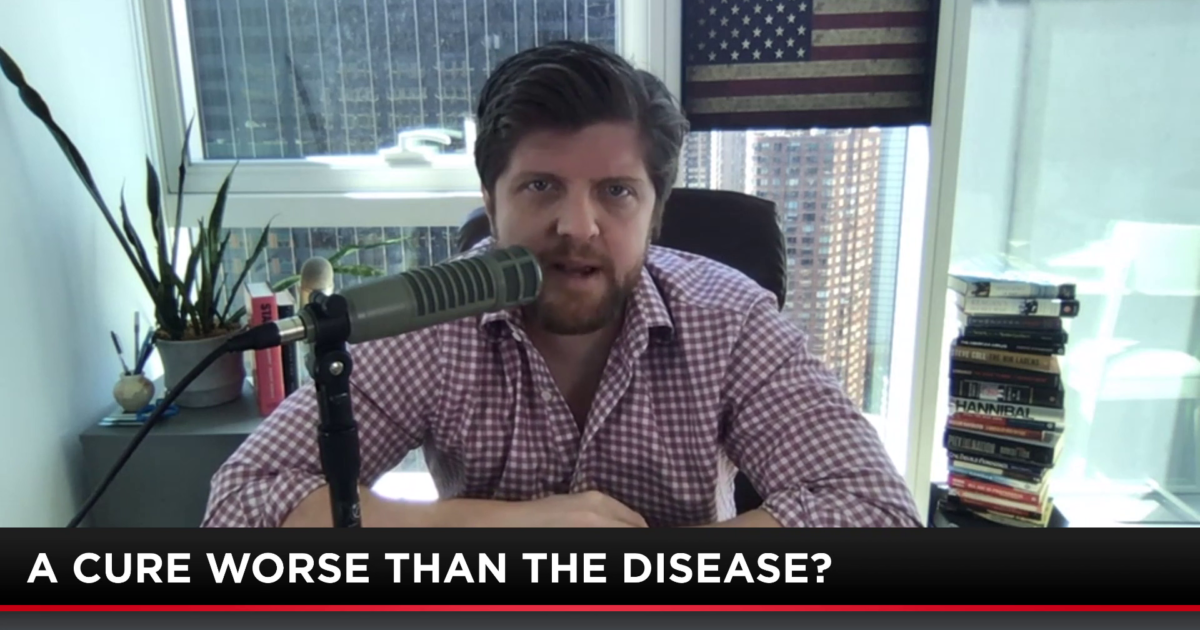 The Clay Travis & Buck Sexton show is off to a great start – and they wasted no time going after the Dems Patron Saint of COVID: Anthony Fauci.

CLAY:  If we were making intelligent, rational policy decisions, we would have isolated the elderly and the severely unhealthy and told them to stay away from modern society and let everybody else go to work.

BUCK: This is what the Great Barrington Declaration of thousands of doctors and scientists said.

CLAY: Which everybody tried to shut down —

BUCK: Oh, they absolutely did.

BUCK: And that’s why “the science,” which Fauci has doubled down… I want to come back to Fauci as the science.

CLAY: He went to your high school, though, by the way, right?

BUCK: He did. He went to my high school. He’s like the one that high school loves. Me, I don’t know.

BUCK: Yeah. But we’ll come back into this, because here’s what I want all of you to understand. This hasn’t gone away, folks. I just flew here. There are still all these regulations and all these rules.

CLAY: Don’t get me started on airports and airplanes!

BUCK: It’s crazy, and unless we go and say, “What did we get wrong here?” I’m telling you, even if where you live… If you’re breathing that free fresh air without two or three masks on your face and a plastic bag over your head and whatever else is going on. But finally, if you’re breathing that fresh air in Texas, in Florida — in any state that’s not basically New England, New York, or California — the federal government, the Biden administration, they’re not done with you on this one yet.

Listen to the breakout here: