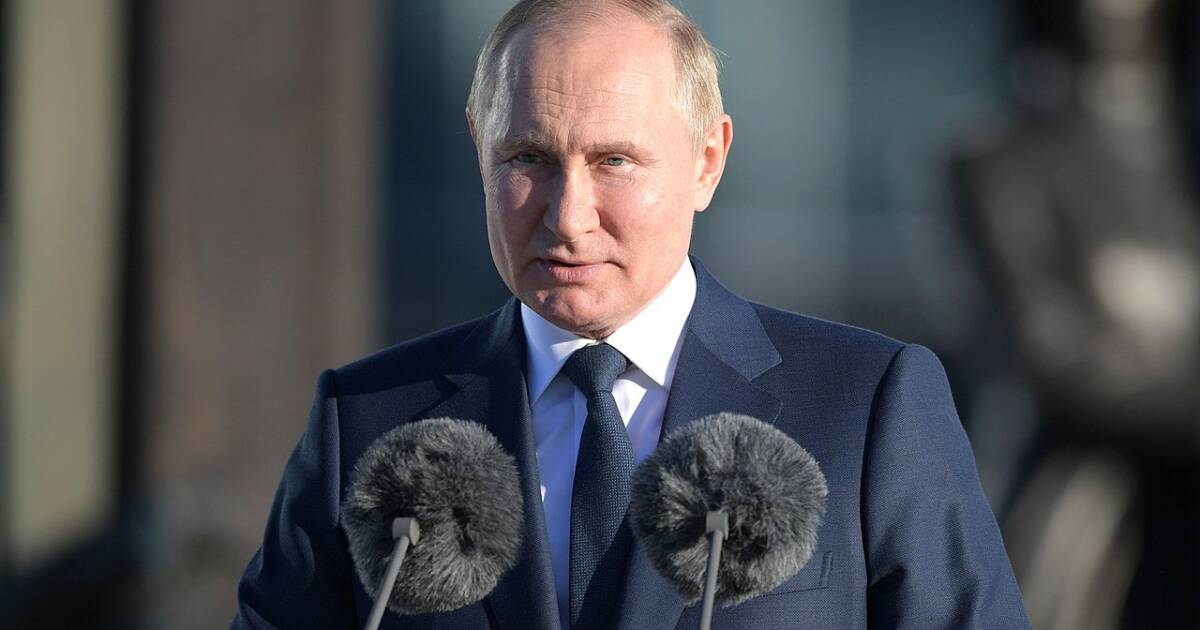 Acts of war have been committed against Ukraine by Russia, and it appears they are willing to go all the way against the west. Iran’s regime is facing an existential crisiscoming from its women, who refuse to wear the hijab. China’s military is stronger than it has ever been, as the PRC continues to multiply its stock of nuclear weapons.

Three “unusual” leaks were reported under the Baltic Sea in the Nord Stream 1 and 2 pipelines, the AP reported Wednesday morning.

“All available information indicates those leaks are the result of a deliberate act,” EU foreign policy chief Josep Borrell said in a statement on behalf of the bloc’s 27 members. “Any deliberate disruption of European energy infrastructure is utterly unacceptable and will be met with a robust and united response.”

Putin’s fresh conscripts are preparing to enter the newly-annexed Donetsk, Lukansk and Kherson regions of Ukraine, which Russia considers its own sovereign territory after conducting a sham vote. Instead of a “special military operation,” the Kremlin will now call their invasion an “anti-terrorist operation” on Russian soil.

In case you’re missing the point here, we’re heading for war between the west and a new “axis of evil” consisting of Russia, China, and Iran, with their own puppet and satellite states. Everything the new bloc does will be carefully documented and papered over under color of law, but of course, none of that will matter. Acts of war will accompany each ratcheting up of demands, daring the west to respond.

This is so much like WWII in its arc. The west (in this case, NATO, but it also includes pledges to defend Taiwan and Israel) is conducting a phony proxy war which has blunted Russia’s takeover of Ukraine. But Russia should not be dismissed, because like John Paul Jones answering the query from Serapis, Putin has not yet begun to fight.

A few scenarios: either Putin will be overthrown by his own people, or he will do something to unite them, like bait the west into an act of war in response to his own act of war against their energy networks. The sabotage of Nord Stream 1 and 2 could be a warning that this is just the beginning of what Russia is willing to do against the west. At least that’s how I read it, and I think the CIA felt the same way, since it warned European nations back in June, the New York Times reported. The Ukrainian intelligence services believe more is coming.

Earlier this week, the main directorate of the Ukrainian intelligence service posted a warning on Facebook that “the Kremlin is planning to carry out massive cyberattacks on the critical infrastructure facilities of Ukrainian enterprises and critical infrastructure institutions of Ukraine’s allies. Attacks will be aimed at energy sector enterprises.” But it noted that those could also be combined with physical attacks.

So far, Russia’s vaunted cyber capabilities have turned out to be duds, because companies like Microsoft have been on guard and able to act quickly, and Elon Musk’s SpaceX has provided more-or-less secure alternative Internet access through Starlink. But that doesn’t mean Russia is toothless, or has deployed its most devastating weapons yet. When acts of war become more overt, Putin will be less careful about hiding his tracks. We should not underestimate him or the ability of the Russian people to unite behind him in the right circumstances.

Of course there will always be dissidents in Russia, and protesters, but as this war heats up, it will matter less. And heating up could involve Iran, China, and North Korea. It could target western-aligned nations like Saudi Arabia, the UAE, or Israel. The Russians won’t “fight fair” and will make a very long and cold winter for northern Europe’s residents.

In the U.S., we’re worrying about election security, in the sense of not letting fake electors, ersatz ceremonial congressional sessions, and insane legal loopholes overturn the electoral college. We’re worrying that the possible (likely?) indictment of a former president for things he admits he did will incite playtriots carrying hunting rifles to march through suburban streets and put up offensive yard signs. Of course, there’s danger of actual violence, mass shooters, political assassination attempts, and large demonstrations. But these will fade in the shadow of the largest world war since…the last World War.

As much as I’d like to see Putin dethroned, I don’t think it will happen. And if it does, his successor will likely be worse than him. Putin still controls the most powerful organizations in Russia: the state security apparatus. His political puppet, Sergei Shoigu, controls the military, which is regularly stripped of any commander capable of independent thought. Putin doesn’t care if a half million draft-age men flee his nation. He will throw whoever is left into the meat grinder, and wait for the west to make good their vow of “a robust and united response” to his acts of war.

Iran will continue to crush all resistance, while doing its best to help Russia. China will profit from both sides, while privately helping Russia. North Korea will try to keep from starving, while potentially supplying more fodder for Putin’s war.

And at some point, this “phony war” phase will ignite into a real fight. The weight of NATO can certainly crush Russia’s conventional forces. But can we ensure that not a single nuke is detonated? Probably not—Russia has thousands of battlefield tactical nukes. Once the battle goes nuclear, the west is committed to complete victory over Russia. And then what? We couldn’t even hold on to Afghanistan. Russia is impossible to defeat and keep defeated in a “short war.”

If the world continues on this path, we will face a big shooting war in Europe and possibly around the world. Though the west will win, it’s almost inevitable that peace terms will be negotiated at some point, after a bloody, horrible, completely uncivil war.

I wonder if the eggheads in Washington, Berlin, and Kiev have come up with a way to avoid this fate? Will the doves prevail, and see us sink ever further into an appeasement-fueled war? Will the hawks win and have NATO complete the restoration of Ukraine’s territory? Will Russia go nuclear? Smarter people than me, and better informed, have a lot of decisions to make.

As for me, I am far more worried about getting through this year’s uncivil war than the talk of a civil war in America.