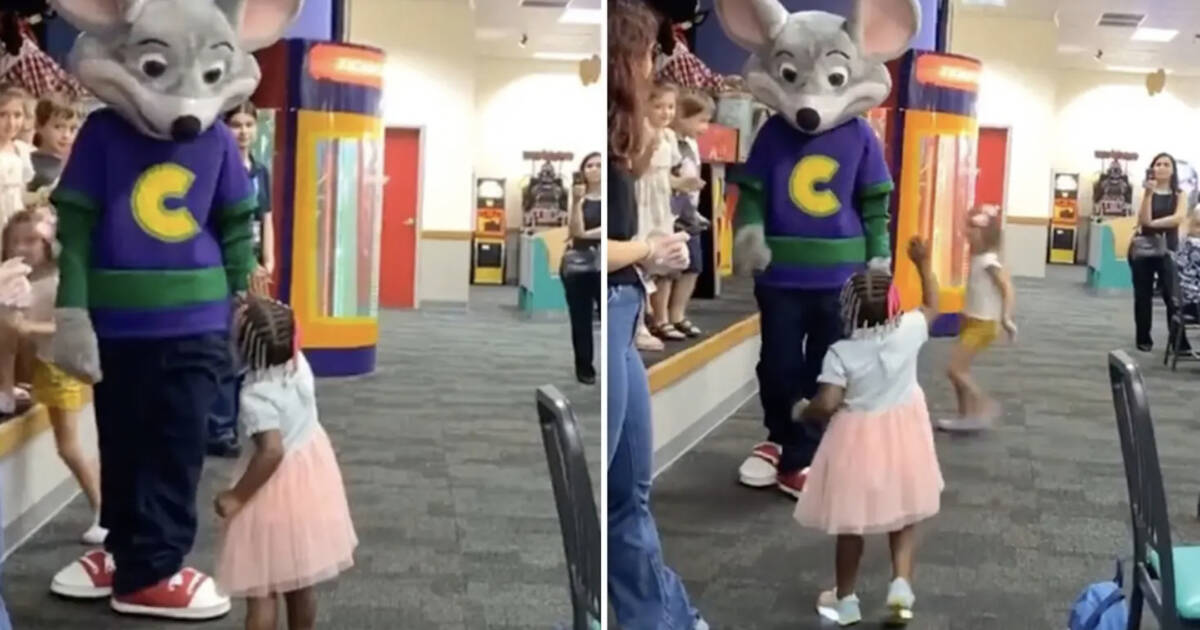 According to a report in The New York Post, a mascot at a Chuck E. Cheese restaurant in Wayne, New Jersey has been accused of ignoring a black child dancing around on the floor. The mouse mascot was reportedly high-fiving many white children who were at the party.

“On July 30 at Chuck E Cheese in Wayne, NJ, my 2yo was racially discriminated against. As you can see, he gives all of the yt kids hi-5s & PURPOSELY ignored my black baby,” user belllahijabi wrote in the post that has since been retweeted more than 32,000 times. “When confronted, he ignored me as well.”

The mom took her case to management —who also ignored the case, according to reports.

“Saying she’s ‘sorry I feel that way’ but he didn’t see her, even after showing her the PROOF in the video,” she said in a separate tweet, adding, “This is getting out of hand!!!”