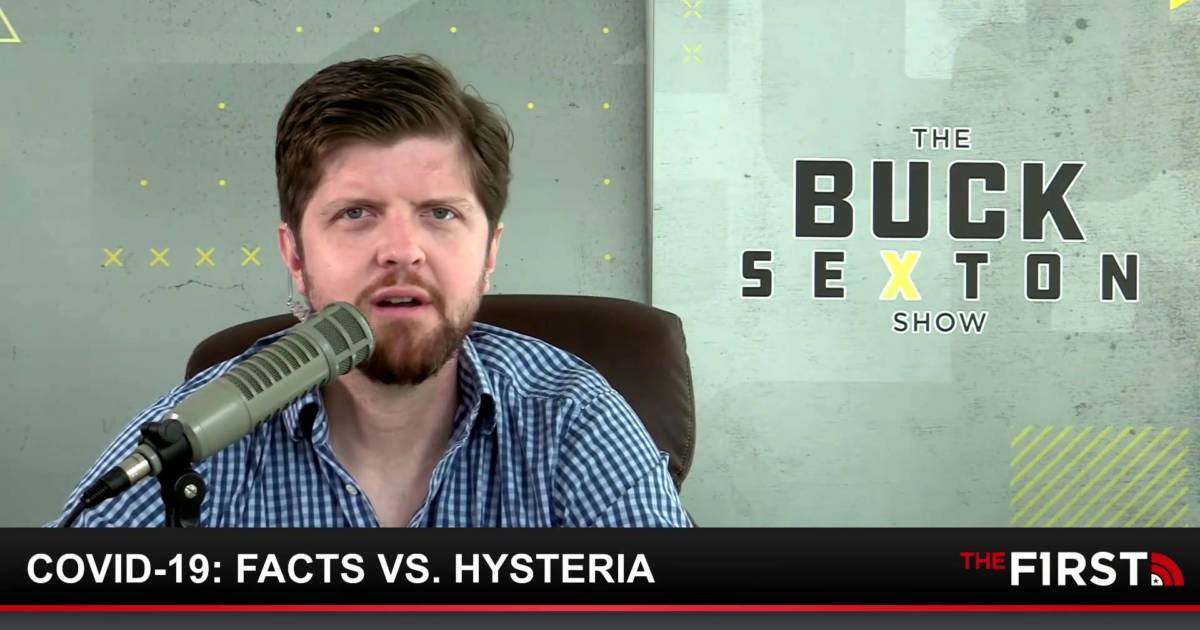 Buck Sexton called-out Dr. Anthony Fauci and the millions of Americans who follow his every policy recommendation, saying those who “listen to this lunatic” deserve a life of “fear and paranoia.”

“Anyone who still listens to this lunatic deserves the life of fear and paranoia in which they wallow- They just shouldn’t be allowed to keep dragging the rest of us into it too,” posted Sexton on Twitter.

President Biden reversed course Monday when discussing the COVID pandemic, saying there’s no “federal solution” after blaming hundreds of thousands of deaths on Donald Trump during the 2020 campaign.

“One word of concern or encouragement for your team is that as you look towards federal solutions that will help alleviate the challenge, make sure that we do not let federal solutions stand in the way of state solutions,” Hutchinson said. “The production of 500 million rapid tests that will be distributed by the federal government is great, but obviously that dries up the supply chain for the solutions that we might offer as governor.”

“There is no federal solution. This gets solved at the state level,” Biden responded.