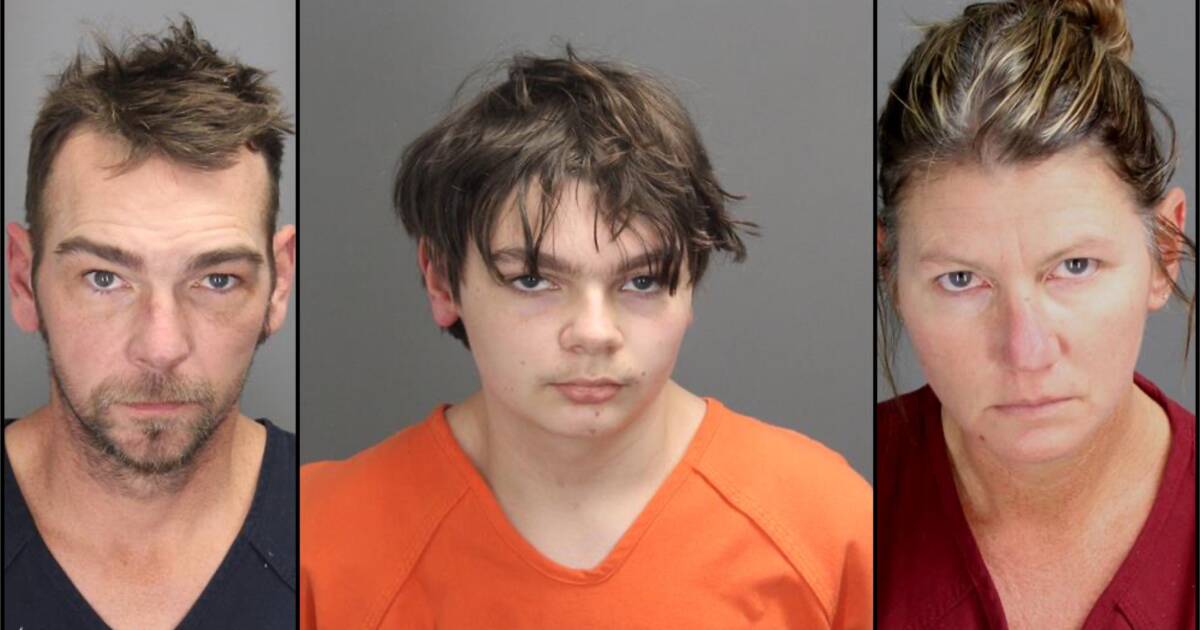 This family destroyed the lives of four others, and their own lives are also destroyed. I can’t imagine the pain of losing a teenage child to a murderer. If there’s a Hell on earth, texting “Ethan, don’t do it.” to your son after he’s taken four lives almost assuredly grants a parent entrance to it.

If you’ve had the good fortune to avoid this story’s gut-wrenching twists, you’re the lucky one. As it unfolds, the decision to charge and arrest the shooter’s parents seems (to me) to be more logical and less of what I’d consider a grandstanding prosecutor move. Take a look at the timeline revealed when the warrant was issued against Ethan Robert Crumbley’s parents, James Robert Crumbley and Jennifer Lynn Crumbley.

It’s not the fact that on Black Friday, James and Ethan were at the gun store buying a semi-automatic pistol, a 9mm SIG Sauer, and by Tuesday afternoon, Ethan used it to spray 30 bullets into his school. It’s not the short timeline here, though that in itself is troubling.

It’s more the fact that on two occasions after James and Jennifer obtained the gun, which according to prosecutors they left in an locked drawer in their bedroom, they received clear indications that Ethan was on a path to murder, and did nothing about it. Indeed, it seems the school itself, on the second and more serious occasion, did next to nothing to protect its students.

Karen McDonald, the Oakland County Prosecutor, has not ruled out further charges. Police believe the Crumbleys were assisted in getting access to the building where they were hiding. Police found them when a neighboring building owner noticed their vehicle and reported it. Also, McDonald said the Crumbleys withdrew $4,000 from an ATM Friday morning. It’s not clear to me that this money would have been to secure a bail bond, and that they were, as their attorney claimed, “absolutely going to turn themselves in; it was just a matter of logistics.” Or, possibly, they were planning a getaway.

That parents would flee with their teenage son facing such serious charges is so beyond the pale of parenting that I have trouble processing it. Then again, that those parents, on the morning of the shooting, shown evidence by the school that their son is so troubled that he was required to get counseling within 48 hours by the school, would leave him in class, and never bother to check if their newly acquired gun was missing, is also beyond my ability to understand.

Also, school officials had complete authority to check Ethan’s backpack. Did they? Or did Ethan hide the gun in the restroom he later emerged from? Did the school even ask the Crumbleys if they in fact had a gun? I can’t assume that the school knew about Ethan’s social media posts, but they did know he had been searching up ammunition a day earlier on his phone during class.

The school attempted to contact Ethan’s parents after the ammunition search (which went unanswered by James and Jennifer), Jennifer chided her son by text, “Lol, I’m not mad at you, you have to learn not to get caught.” My God.

What we do know is that Ethan, so far, is not talking. James and Jennifer hired a lawyer for him, and now they are also incarcerated.

We do know something is very broken. When educators like Oxford Community Schools Superintendent Tim Throne resort to third-person object language like the following, they are almost certainly ducking responsibility.

“Given the fact that the child had no prior disciplinary infractions, the decision was made he would be returned to the classroom rather than sent home to an empty house,” [Throne] said.

“The decision was made,” as if it floated down from heaven like a feather, already proclaimed. No. Someone made the decision. The Crumbleys decided not to take Ethan out of school, and someone at the school decided Ethan was not enough of a risk to pursue the matter further. Nobody at the school was responsible, because “it was decided.”

I’m not claiming that James and Jennifer can offer that as a defense, because they can’t. They should know their son’s mental state better than school administrators or teachers do. But the school does have more of a responsibility than simply to write “it was decided,” doesn’t it?

Something is clearly broken. When a 15-year-old’s parents can be so disconnected from their own son’s mind that they almost literally put a gun in his hand, laugh off his obsession with it, then refuse to take a flashing-red sign of violent intent seriously, until it’s far too late, something is very broken.

All I know right now is that I fight tears reading about this, over and over again. Especially in the post-COVID world, where good mental hygiene, non-violence, and school responsibility have all gone out the window together, I struggle to find expression for the brokenness of this world. My grief and this brokenness—it all fits neatly into the triple portrait of three booking photos, and overflows into the ocean of unbearable grief for four other families.