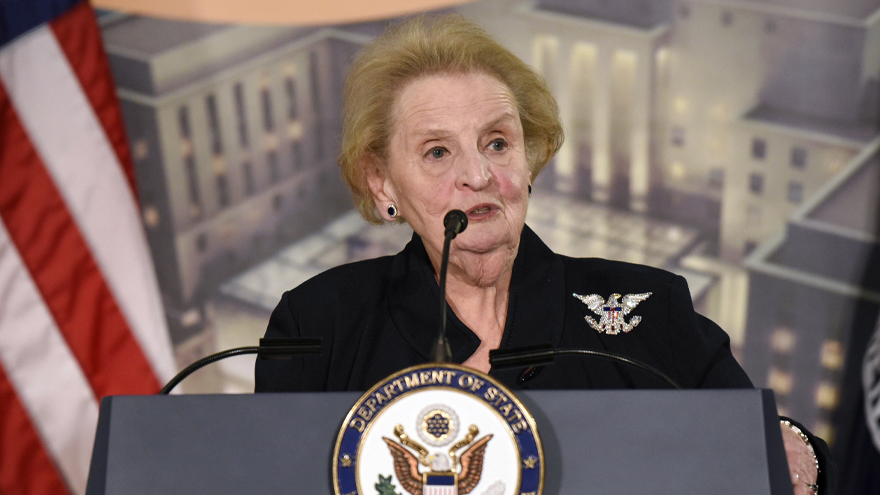 Madeleine Albright, the first woman US Secretary of State, died Wednesday at the age of 84.

The diplomat was a major advisor to President Bill Clinton, first serving as his Ambassador to the United Nations then head of the State Department.

Her family released the following statement.

We are heartbroken to announce that Dr. Madeleine K. Albright, the 64th U.S. Secretary of State and the first woman to hold that position, passed away earlier today. The cause was cancer. She was surrounded by family and friends. We have lost a loving mother, grandmother, sister, aunt, and friend.

Madeleine Albright, born Marie Jana Korbelova, was a native of Prague who came to the United States as a refugee in 1948 and rose to the heights of American policy-making, receiving the Presidential Medal of Freedom in 2012, the nation’s highest civilian honor.

A tireless champion of democracy and human rights, she was at the time of her death a professor at Georgetown University’s School of Foreign Service, chair of Albright Stonebridge Group, part of Denton Global Advisors, chair of Albright Capital Management, president of the Harry S. Truman Scholarship Foundation, chair of the National Democratic Institute, chair of the U.S. Defense Policy Board, and an author. She founded the Albright Institute for Global Affairs at Wellesley College, served as a lifetime trustee of The Aspen Institute, and was a member of the chapter of the Washington National Cathedral. She was 84 years old. 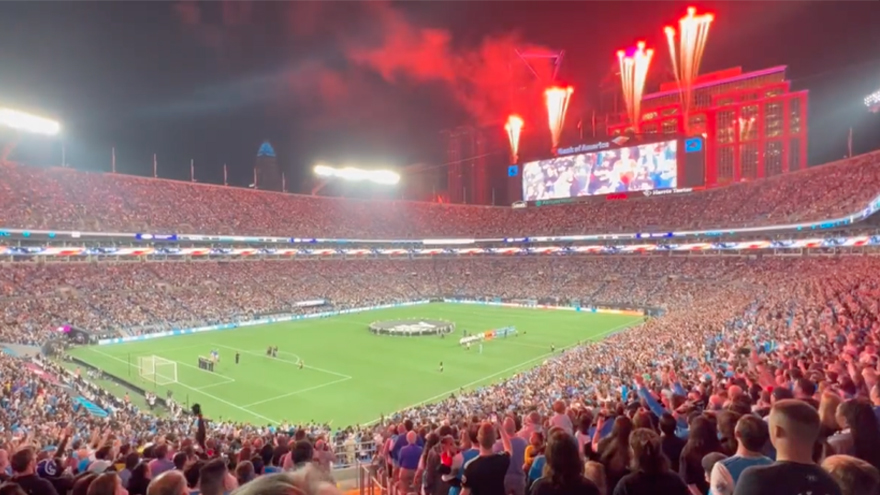 Thousands of soccer fans proudly belted out the ‘Star-Spangled Banner’ over the weekend when the singer’s microphone cut-out just before a match in Charlotte, North Carolina. “The mic went out for Charlotte’s MLS home opening national anthem so the entire stadium sang the anthem together. This is fantastic,” posted Clay Travis on social media. The …