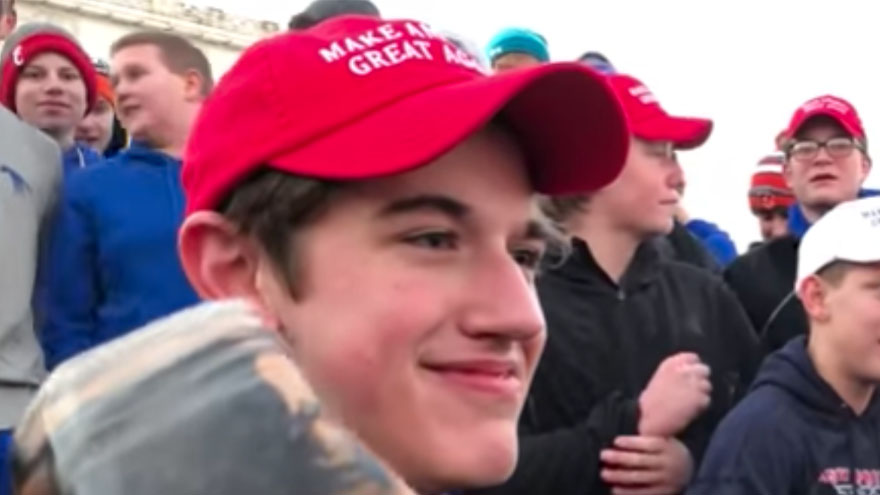 The young man sued the outlets over their coverage of his interaction with a Native American Tribal Leader in Washington, DC.

In January 2019, Sandmann was at the center of a viral video that showed him face-to-face with Native American man Nathan Phillips as Phillips banged a drum and sang a traditional song. Sandmann was 16 years old at the time and wore a red “Make America Great Again” cap.

Several mainstream media outlets portrayed the video as racially charged with Sandmann antagonizing Phillips by standing in front of him and smiling. However, additional footage later showed that their confrontation was provoked by a group of Black Hebrew Israelites who hurled racial slurs at him and his fellow students. Phillips was later seen approaching Sandmann as tension rose between the students and the Black Hebrew Israelites.

“The media defendants were covering a matter of great public interest, and they reported Phillips’s first-person view of what he experienced. This would put the reader on notice that Phillips was simply giving his perspective on the incident. Therefore, in the factual context of this case, Phillips’ ‘blocking’ statements are protected opinions. This holding moots all other motions before the Court,” Bertelsman wrote.