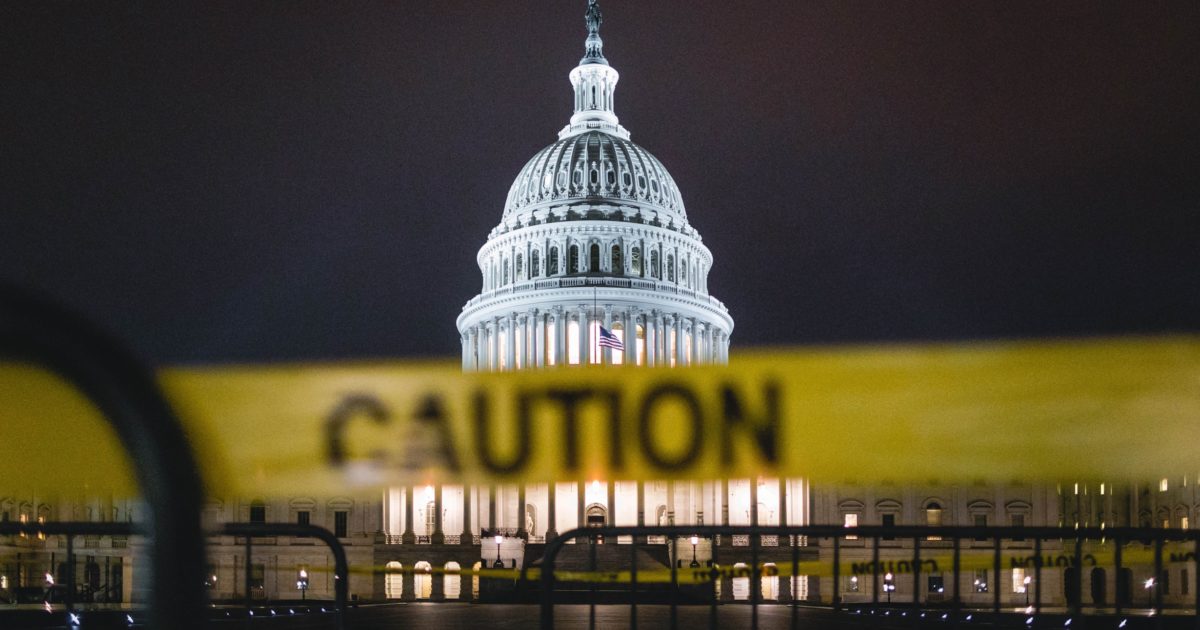 Wednesday was a lot of nevers.

We will hear the main stream media calling it “chaos” and blaming the president for inciting the violence. The Washington Post–not in an editorial but in a “local” section article, published this sentence: “‘USA! USA!’ chanted the would-be saboteurs of a 244-year-old democracy.” Yet the woman who was killed by Capitol Police, Ashli Babbitt, considered herself a patriot.

Babbitt was a U.S. Air Force veteran who served in the Middle East, reported the local television news who spoke to her family. Her final tweet read “Nothing will stop us.”

It’s clear to me that President Trump fully believes everything we have seen for the last five years. He believes that his election in 2016 was the “Flight 93 election,” and that his fight is not a faint-hearted legal battle to be conducted with amicus briefs, and then given up when legal options fail. He, Babbitt, and those who showed up on bloody Wednesday truly believe this is a fight for their own survival, and they see themselves as patriots defending America.

But in their zeal, and in the president’s fight, he stepped far beyond the guardrails of “rule of law” and our Republic’s societal protections. President Trump assumed a mantle that was not his (it belongs to no elected official in this country) to wear. When he lost the election, he assumed (or at least publicly maintained) it was leftist sabotage, and that anyone–even his supporters–who denied that story was part of the conspiracy.

Trump almost succeeded in getting Congress to put forth his–and those who are plugged in to his message–objections to the way the election was conducted. But America is a federal republic, and all the objections have been litigated at the state and federal level, and dismissed. He then resorted to political pressure, and from there, to raw populist threats. If politicians in Atlanta and in Washington D.C. would not hear his grievances, then he would take them to the people, and the people would take them to Washington.

After all, that’s the way the left has always advanced its agenda. But the tools of the left, ham-handed in Trump’s provocative style, failed. There was no “give them room to riot” sense here, and no shocking narrative of police brutality, or racial animus to inspire the event-driven media. The media only saw one defiant old man in the White House, tweeting poison.

It was not such a dark day for democracy, and the MAGA folks who descended on Washington were in not anarchist criminals like you might hear from the left. The ones who stormed the Capitol will be prosecuted because they performed a criminal act. Yet Congress took up its duty and performed it, with a grim unity not seen in many years. In a perverse way, Trump’s actions have brought a bipartisan spirit and unity to Congress, which got to witness “American carnage” first hand.

It was a bright day for democracy, because in spite of the awful, misguided actions of our demagogue president, Congress came together and overcame their own objections. The words of Representatives and Senators were no longer needed, because the objections had been registered by the people Trump sent, and sealed with blood.

There will be some kind of election reform in the future. The nation can hardly afford not to take a long, reflective look at what just happened, and not let it happen again.

President Trump may be removed from office (there’s talk), and perhaps that’s the appropriate way for him to exit–defiant and refusing to back down. From outside the government, Trump and his supporters may get the reform they want, but Trump can no longer govern after what he did.

Bloody Wednesday was not so dark a day after all. It was a day of nevers, but the nevers mean that our nation will ensure it never happens again.