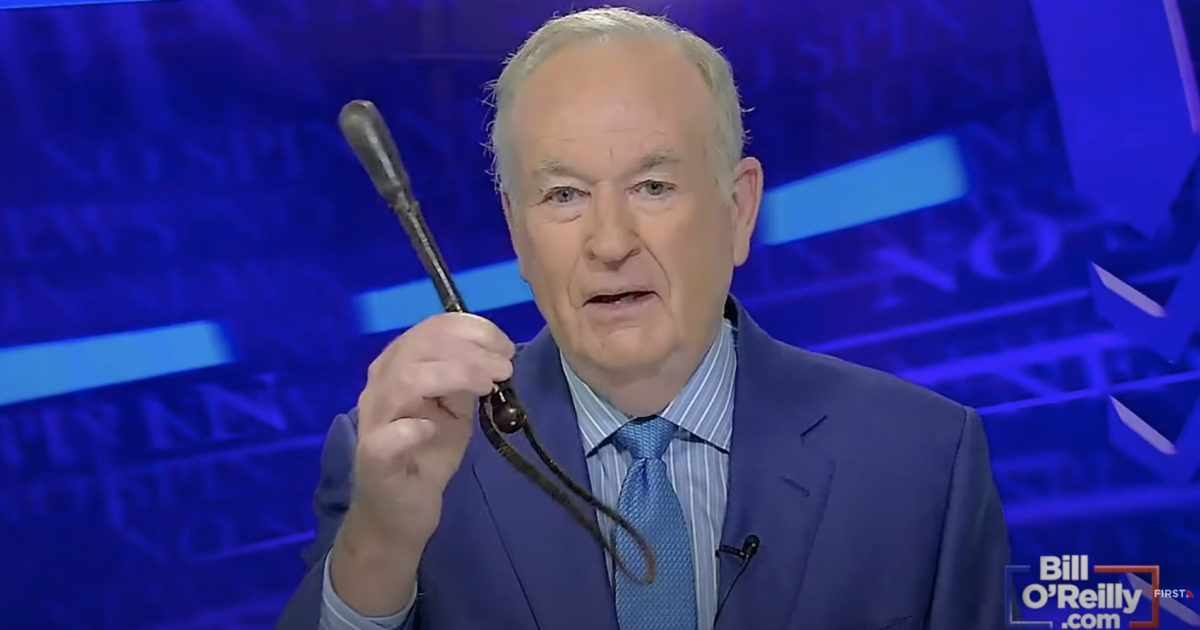 Bill O’Reilly weighed-in Wednesday on the ongoing anti-police protests taking place in every major American city; saying he has no greater respect for any institution in the USA than the nation’s law enforcement agencies.

“I want to tell you why I support the nation’s police,” O’Reilly said, as he held up his grandfather’s billy club. “My grandfather walked the beat in Brooklyn. Tough place during the Depression. Police Officers in America number 800,000. How do you think our law enforcement officers feel?”

“When they go to work and they know that their supervisors, their mayors despise them. They feel that they’re the problem. How would you feel about that? Get up and put your life on the line and they despise you.”

“I’ve been to every state and every city in this country. I have no greater respect for any institution in this country than law enforcement… Bad cops hurt all cops,” he added.

More than 10,000 people have been detained since demonstrations began last Thursday in the aftermath of George Floyd’s death while in police custody.

The arresting officer is now charged with 3rd Degree Murder and Manslaughter in Minnesota.

Catch O’Reilly every weeknight on The First at 8p and 11p ET. Click here for details.