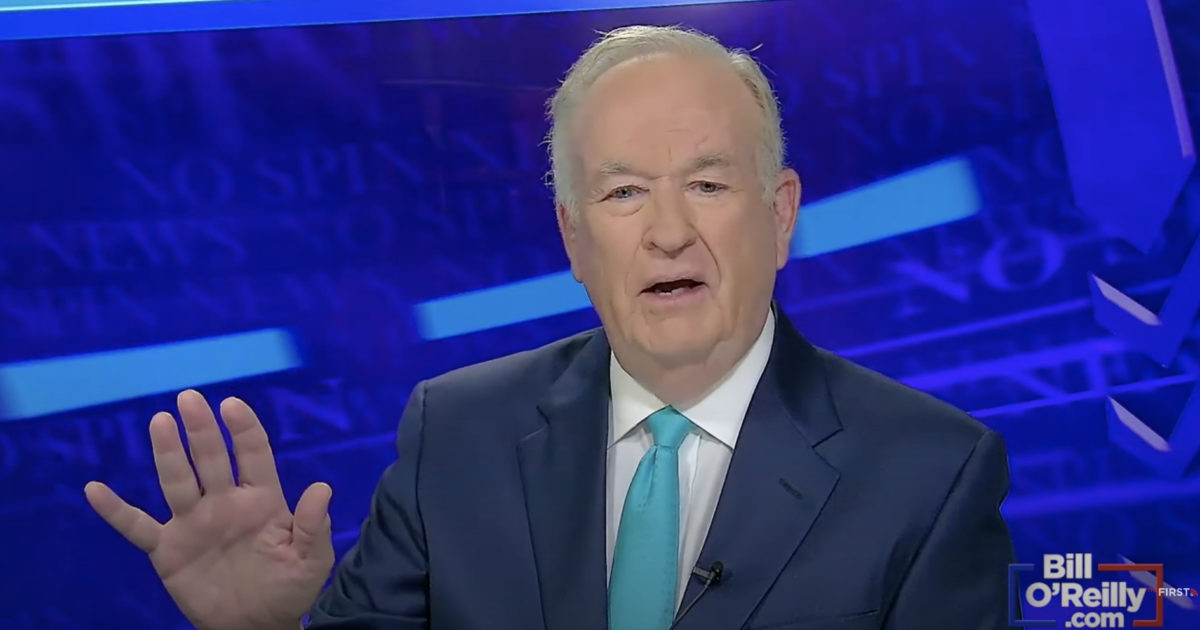 Bill O’Reilly weighed-in Monday during the “No Spin News” on the racial tension taking place in the United States, saying black and white Americans have a different “shared experience” when it comes to law enforcement in the country.

“We blew a chance as country to come together and unite behind a terrible situation: the death of George Floyd. All fair-minded people know we can’t have this in a nation that is supposed to be just. It’s that simple,” said O’Reilly.

“The tension between law enforcement and the black community became the story. That’s okay. We need, as a nation, better policing to protect everyone at the same level… The problem came when the radicals — with the help of the media — hijacked the story. It became a “Tear Down America” story,” he added.

He also floated an idea to address the tension that no one’s talking about.