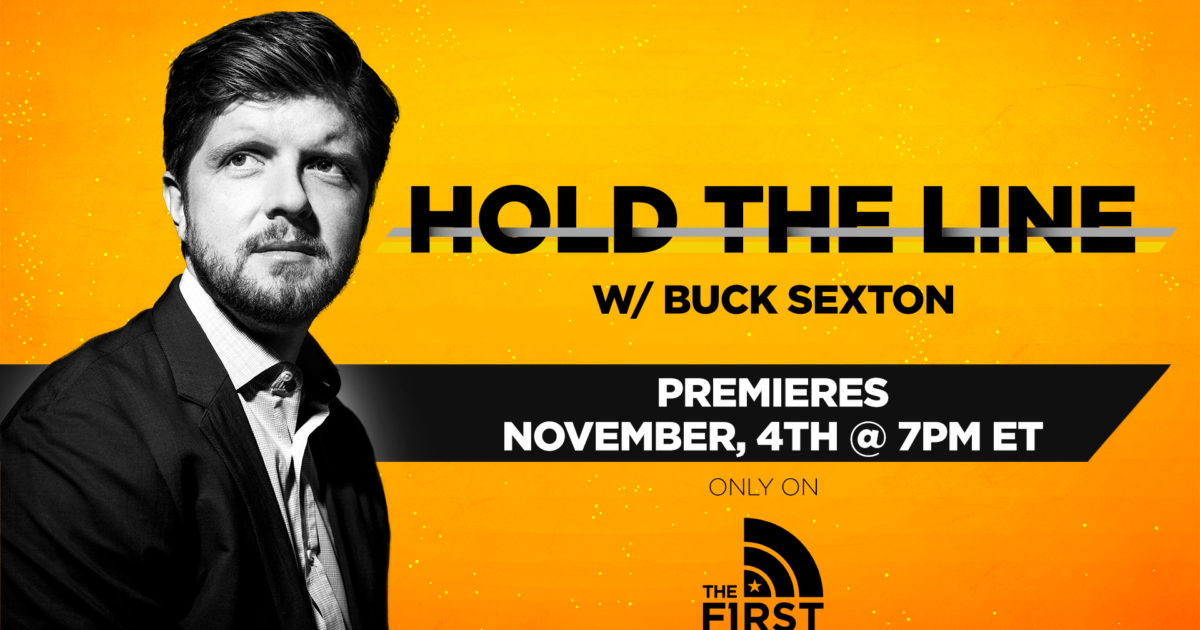 Buck Sexton, a pillar of bold opinion and fresh analysis among conservative commentators, is getting a new show in primetime on The First.

Sexton’s program, “Hold the Line with Buck Sexton,” will air weeknights at 7p ET across all of The First’s properties starting November 4th.

Fans can watch the new show on The First app, TheFirstTV.com, or on Pluto TV channel 244.

“I’m thrilled to launch a show devoted to free speech that will dive into the most important questions of the day,” Sexton said of the big announcement. “And what better place for this show than The First TV, a network that will never censor my views and refuses to bend the knee to the mainstream media.”

He’s right. In a time where conservatives are getting cancelled at an alarming rate for daring to speak out against the Left and the establishment, The First is taking a stand. We’re excited to elevate Buck’s voice to new heights.

Sexton is one of freedom’s fiercest “wartime conservatives,” and he brings his unique perspective to America’s most pressing concerns, from domestic policy that values liberty to a foreign policy that puts American interests first. “Hold The Line” draws upon Sexton’s encyclopedic knowledge of the issues, and his experience combatting America’s enemies abroad.

Sexton is a former CIA intelligence analyst who completed tours of duty in Iraq, Afghanistan and other global hot spots, and also served in the New York Police Department (NYPD) Intelligence Division working on counterterrorism issues.

He currently hosts a nationally syndicated radio show, “The Buck Sexton Show,” on over 180 stations across the country.

Welcome to primetime, Buck! We couldn’t be more excited.