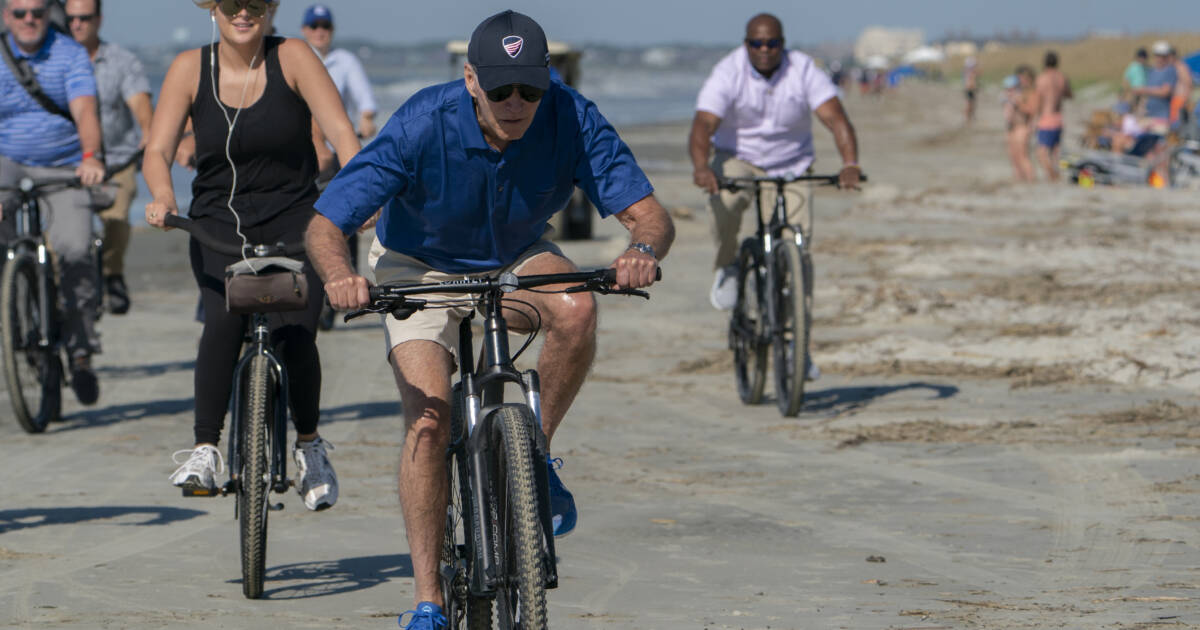 Is it to keep people out ot to keep Joe in?

According to a report from Fox News, the Department of Homeland Security has awarded one Delaware company $490,000 to build a security fence at President Biden’s beach home.

Biden is expected to arrive at his $2.7 million summer house in the North Shores community of Rehoboth Beach on Saturday after spending the last couple nights in Wilmington, Delaware, according to data released by the Federal Aviation Administration (FAA). On Wednesday, Biden was briefly at the White House signing of the $739 billion Inflation Reduction Act into law.

Construction of the fence began on Sept. 21 of last year and is expected to be completed by June 6, 2023.

The Secret Service declined to comment when reached by Fox News Digital, saying, “Due to the need to maintain operational security, the U.S. Secret Service does not comment on the means, methods or resources used to conduct our protective operations.”