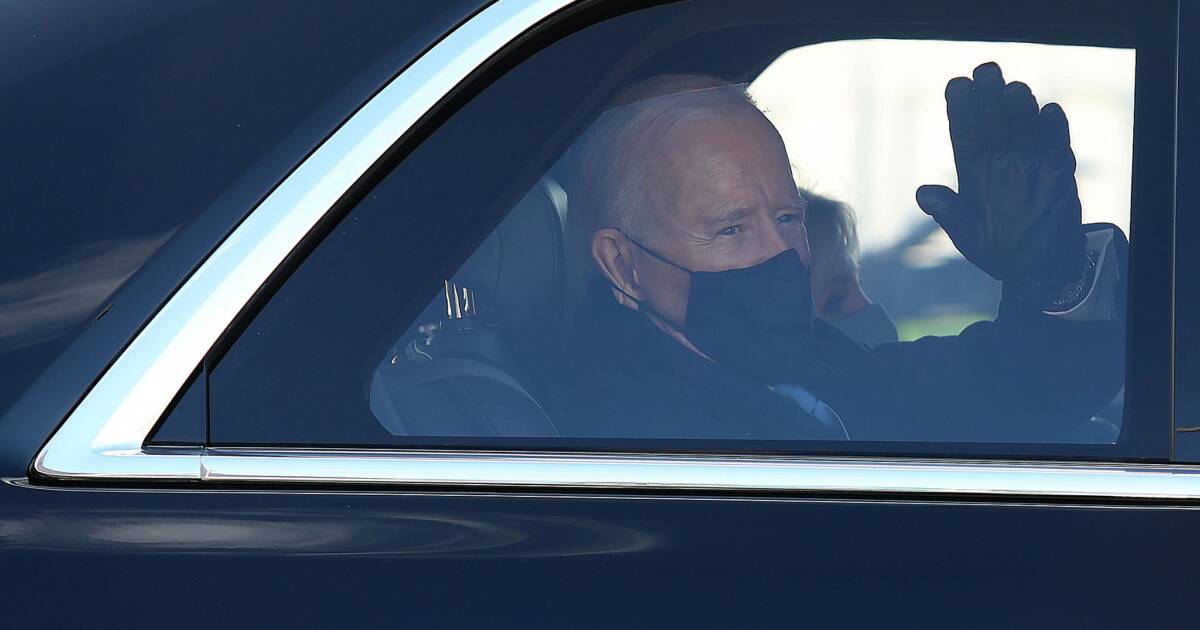 President Joe Biden has been in politics his whole adult life and is desperately searching for a legacy to be remembered by, other than not being Donald Trump. Nobody wants to help him. Not Barack Obama, who overshadowed Biden for eight years. Not Joe Manchin, who is functionally in control of Biden’s legislative agenda. Not Kamala Harris, who is a heartbeat away from his job (and desires it greatly). Not Nancy Pelosi, Chuck Schumer, or even the friendly media covering him. Nobody wants to find Biden a legacy.

It seems that, a year into his presidency, Joe Biden has fashioned himself a presidency marked by more coverage of his predecessor, impossibly narrow access to the media, a bungled and horrifying exit from Afghanistan, an unfocused and confusing approach to COVID-19, an ignored and festering wound at our southern border, and a largely undelivered legislative agenda.

The intersectional and conflicting priorities of dealing with China, climate change, inflation, spasms in the supply chain, vaccines, failed mandates, Russia, budgets, and the ever-mounting federal debt have our current president seemingly standing in the middle of all this maelstrom and doing…absolutely nothing.

The Biden legacy, so far, will be defined as “not Trump,” and is being fashioned as the scourging of the GOP, the utter failure of disconnected and bubble-wrapped Democrats to listen to voters, the incompetence and boob-brained mismanagement of every single message the public needs to hear. They are so tone-deaf, they can’t recognize genuine satire.

And there’s always lingering doubt as to Biden’s mental capacity. There are gaffes, and there’s telling reporters you’re looking forward to a birthday that happened 21 years ago, in the year 2000.

There’s policy regarding electric vehicles, and there’s this mess:

Perhaps the Biden administration’s biggest legacy might be having the worst communications in modern history. Barack Obama’s machine produced slick gaslighting campaigns of breathtaking scope (“If you like your doctor…”). The entire Obama administration was a cadre of brilliant geniuses at propaganda of all types, led by the disciplined hand and smooth talk of President Obama himself. The Trump administration was a keystone cops affair, but Trump was a preternatural force on social media, able to ensorcel millions into whatever scheme he decided to push. Biden is a terrible communicator. He makes George W. Bush look like F. Lee Bailey.

Worse, his entire administration suffers from the Potemkin syndrome. It’s all empty shelves and tables filled with patrons, but no service. It’s all as empty as a western set on a studio backlot, with the roles straight out of central casting, for nothing more than their value as diversity idols. Biden’s actual policies on the border, on tariffs, on immigration, on spending, closely resemble Trump’s. Even with all the executive orders and some new legislation, in reality, we’re not doing a whole lot of changes.

Meanwhile, the entire nation is suffering with supply problems, high prices, the “Great Resignation” leaving millions of jobs unfilled, and now higher interest rates are coming. Jimmy Carter-era “stagflation” is a real possibility. Previous estimates of temporary inflation have morphed into real concerns. The Fed is going to hike interest rates, which will dampen the real estate market, just at the time when evictions and back-rent collections are going to hit.

Businesses planning to return to empty office space will put off their plans with the coming surge in COVID-19. Workers will remain at home, and demand for products normally not needed when they’re at work will continue to remain high, causing more supply problems (toilet paper anyone?). Meanwhile, the owners of those empty buildings will eventually figure out they’re not going to make money and dump the real estate.

The high-flying housing market in places like Atlanta may continue to rise for a while, but at some point, banks are going to pull back and we’ll see potential for a crash. That’s all America needs: inflation, high interest, high debt and high energy prices. The message from Biden? Buy an expensive EV and go green.

With all that going on, it’s easy to blame Biden. But it’s not his fault. Biden didn’t bring COVID-19. Biden didn’t shake the foundations of trust in government and the media. Biden didn’t hand Afghanistan over to the Taliban in a terrible deal. Biden didn’t jack up protectionist tariffs, withdraw from the Paris Agreement, dump the TPPP, or any of those things. Like a feather in the wind, the Joe Biden has been a bystander—or a Forrest Gump figure—showing up in weird places during the whirlwind.

This is what we can blame Biden for: He’s done nothing. He let the Afghanistan deal stand, and doubled down on it, instead of listening to his generals. He let the medical administrative statists control his COVID-19 message. He failed to engage Trump voters, or heal the wounds from January 6th. He took the demagogue’s path in high profile social justice cases like Kyle Rittenhouse and the murder of Ahmaud Arbery instead of praising the correct working of our trial and jury system. Biden has hidden behind an opaque wall in the White House, and let the media shill for him—and the media realized that Biden doesn’t sell newspapers or draw eyeballs.

Nobody wants to help poor Joe Biden find a legacy. So unless he makes one himself, he may well be best known for who he isn’t and all the things he didn’t do.