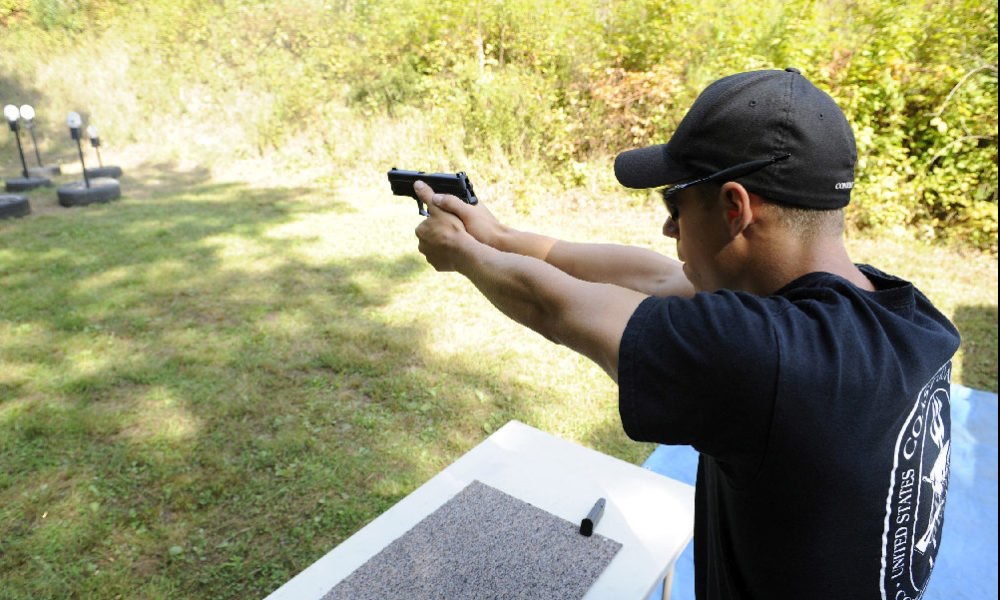 President Biden’s plan to deal with gun crimes is a smorgasbord of stupid, and has enough in it for everyone to hate, including liberals who want to defund the police.

The president announced a plan yesterday to deal with guns and criminals. The plan is based on the premise that criminals buy guns from gun stores.

“These merchants of death are breaking the law for profit,” Biden said. “If you willfully sell a gun to someone who’s prohibited, my message to you is this: We’ll find you and we’ll seek your license to sell guns. We’ll make sure you can’t sell death and mayhem on our streets.”

It might not surprise you to learn that people who commit crimes using firearms seldom bought them at the gun store. Since mass shootings, school shooting and other tragic, traumatic events are so widely reported, and in many of those crimes, the perpetrator bought their gun just before using it, you could be forgiven if you believe the reports that this is a huge problem.

As with many “it bleeds, it leads” reports, it lacks statistical context. For example, if you look at shark attacks, since anytime it happens, it’s generally news, at the beach you might keep a weather eye out for the nasty fin in the water. The odds of being killed by a shark in the U.S. are 76 times more unlikely than being killed by a lightning strike. Very few firearms are bought by individuals at Bass Pro Shops who then went on a crime spree.

Gun dealers are not the problem here, and it’s not even disputable.

In 2019, the percentage of guns used by state and federal prisoners obtained at a gun store is 7.5%. Just 1.2% got theirs at a gun show or flea market, but you see all this talk about a “loophole” at gun shows.

The overwhelming majority of criminals who used guns obtained them off the street or in an illegal underground market. Additionally, 17.4% of guns were found at the location of the crime or victim—the highest percentage of all ways criminals got guns after getting them from other criminals.

Straw purchases by friends or family, or gifts as a category is the second most popular way for criminals to obtain firearms. Neither of these methods has any bearing on how gun shops operate.

The president is literally peddling nonsense. It would be as if he announced a war on drugs, focusing on fentanyl-laced cocaine and heroin, by cracking down on CVS and Walgreens pharmacies.

Biden knows that crime is a problem for the average American. I’m not talking about Twitter journalists who feel unsafe in a newsroom because they might have to work with someone who triggers them, I mean Americans who worry about running into violent criminals at the mall or on the highway.

In Atlanta, this is a particularly vexing problem, given that the APD is hemorrhaging officers at a frightening rate, while violent crime is metastasizing like a sepsis on society.

Guns in the hands of criminals are indeed a problem, and criminals get their guns from one of two main sources: from their victims, and from other criminals.

To deal with guns taken from victims and crime scenes, a general upgrade in policing is not a bad solution. A better solution, perhaps, is training gun owners to properly secure their weapons. Also, there’s many really bad gun safes out there, that even the most inexperienced lockpick can snap open in ten seconds.

It makes sense that since 11.5% of guns obtained by criminals are either stolen or found at a crime scene, we can eliminate over 10% of illegal guns from the streets if we simply made better standards for gun safes and incentivized gun owners to get one.

Biden’s plan, however, is to hand out more funding, versus his own party, many of whom want to defund, local police. From the Associated Press:

“This is not a time to turn our backs on law enforcement,” said Biden, who noted that “crime historically rises during the summer, and as we emerge from this pandemic the traditional summer spike may be even more pronounced than it usually would be.”

The cash given to localities, taken from the COVID-19 relief money, can be used for policing, or for other things—it’s not mandatory to use for policing, which gives a political out for uber-liberal places like Portland and Minneapolis to not fund the police. But fringe liberals hate the fact that Biden’s plan involves giving the police more resources.

Police officials have said they are struggling with increasing crime and continued tensions between police and communities; some say their calls for support aren’t answered as they take the blame for the spike. Biden noted that $350 billion of the $1.9 trillion COVID-19 relief package can be used by cities to hire law enforcement officers, pay overtime, prosecute gun traffickers and invest in technology to make law enforcement more efficient.

The solution to the gun problem is, and has always been, better policing. That doesn’t mean better response times for 911 for crimes in progress (although it wouldn’t hurt). It means better investigations, breaking up criminal gangs, and stopping the flow of firearms between criminals by targeting those who recruit 13-year-olds to commit crimes, and give them guns to use.

What Biden has done in riding the fence, or trying to have his cake and eat it too, is to do not enough and too much at the same time. Everyone hates this plan.