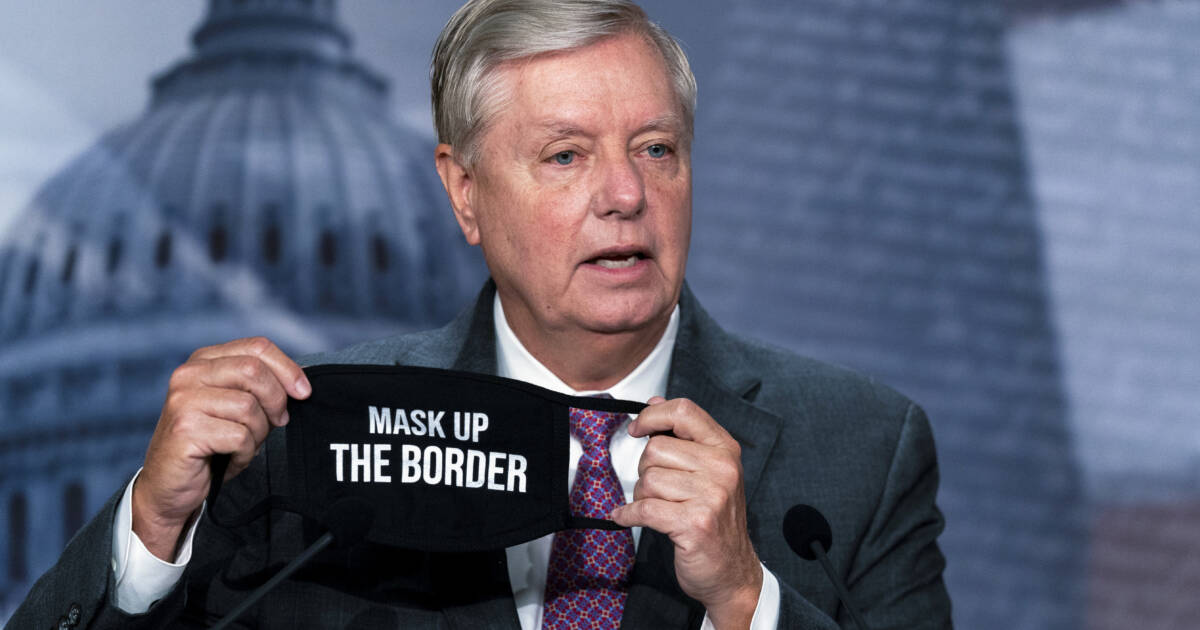 The southern border is in bad shape, and Lindsey Graham (R-SC) wants Biden out of office.

Senator Graham, who recently visited the Yuma sector of the southern border in Arizona, sat down with Fox News’ Jeanine Pirro to share his concerns regarding the spike in drug trafficking and violence at the border.

“There’s been a 100% increase in fentanyl seizures at the Yuma sector alone. Our borders are completely open, they’re porous, people are pouring in, drugs are pouring in,” said Graham. “Here’s what I worry about: Terrorists getting in the middle of this group and killing a bunch of us. The incompetence in Afghanistan of turning Afghanistan over to the terrorists, the Taliban, will allow Al Qaeda and ISIS to roam freely and an open border are going to meet one day and some terrorist is going to take advantage of this system, come here and kill a bunch of us if we don’t change.”

“Joe Biden is criminally negligent. His administration, I think, is criminally negligent when it comes to controlling our border,” Graham added. “Our men and women of the Border Patrol and ICE are under siege. They’re American heroes. You just would not believe what it’s like to work along the border. I don’t know how they do it and they’ve been completely abandoned by President Biden. He should be impeached over this. This is dereliction of duty and a bunch of Americans are going to get killed if we don’t change our policies quickly.”